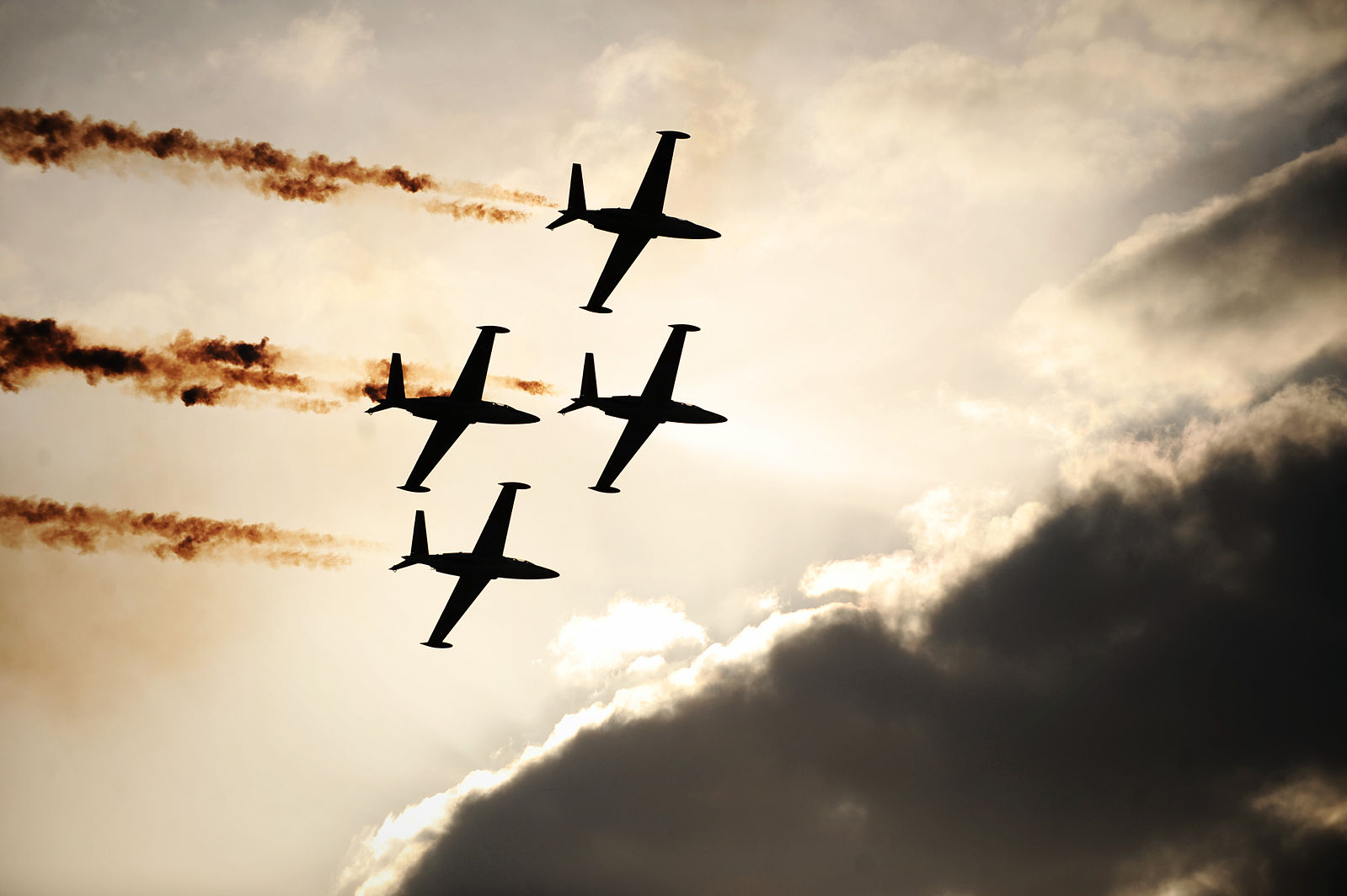 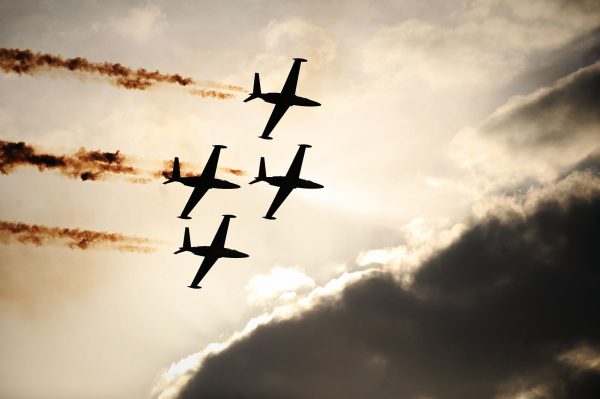 Are we going to see more war in the months ahead?  Both sides just continue to escalate the conflict in Ukraine, but it may soon have to share top billing as more wars suddenly erupt around the globe.  Now that it looks like Benjamin Netanyahu will be returning to power in Israel, a major confrontation with Iran is seemingly closer than ever.  Meanwhile, tensions between North Korea and South Korea have risen to the highest level in my entire lifetime.  Most people don’t realize this, but the North Koreans are poised to launch an invasion at all times.  All they need is an opportunity, and that may come when China invades Taiwan.  Chinese President Xi Jinping recently reaffirmed his commitment to “reunification” with Taiwan, and officials in the western world are warning that this could come sooner rather than later.  As I detail in my brand new book entitled “End Times”, we truly are living in a time of “wars and rumors of wars”.  Let us hope that the potential wars that I just listed can be delayed for as long as possible, because the death and destruction that they would cause would be off the charts.

Personally, I am so glad that Yair Lapid has been defeated and that Benjamin Netanyahu will be the next prime minister of Israel.

But without a doubt, it also brings war between Israel and Iran much closer.

For years, Netanyahu has pledged that he will never allow Iran to develop their own nuclear weapons…

“Iran has never given up its quest for nuclear weapons and the missiles to deliver them,” Netanyahu said. “I will never allow Iran to obtain the nuclear capability to carry out its genocidal goal of elminating Israel.”

Unfortunately, the IAEA says that Iran has now reached a point where they could potentially create their own nukes.

So the clock is ticking.

One way or another, war between Israel and Iran will happen.  That is why any potential provocation should deeply alarm all of us.  For example, the following story was in the news on Wednesday…

The United States and Saudi Arabia are on high alert after Saudi intelligence shared with the U.S. indicated that Iran is expected to carry out an attack on targets in Saudi Arabia, the Wall Street Journal reported.

Officials from both countries reportedly told the Journal about the concern over coming attacks. Saudi officials said that in addition to Saudi Arabia, Iran is also looking to strike Erbil, Iraq, where U.S. troops are located. The planned attacks are said to be intended as a distraction from protests taking place in Iran against the Islamic nation’s leadership.

In addition, the Biden administration is extremely upset that Iran has been sending highly advanced weapons to Russia.  In fact, it is being reported that the Iranians are about to send the Russians a whole bunch more…

Iran is preparing to send approximately 1,000 additional weapons, including surface-to-surface short-range ballistic missiles and more attack drones, to Russia to use in its war against Ukraine, officials from a Western country that closely monitors Iran’s weapons program told CNN. While the precise timing of when the shipment will arrive in Russia is unclear, officials believe the weapons will definitely be delivered before the end of the year.

The Biden administration absolutely hates the current Iranian regime, and so do the Saudis.

When Israel and Iran finally start going at it, both the U.S. government and the Saudi government will be hoping that the Israelis score a resounding victory.

Speaking of sending weapons to Russia, the U.S. is also accusing North Korea of doing this…

The US is accusing North Korea of secretly supplying Russia with artillery shells for the Ukraine war by concealing where they are being transported to, according to newly declassified intelligence.

US officials believe that the surreptitious North Korean shipments – along with drones and other weaponry that Russia has acquired from Iran – are further evidence that even Moscow’s conventional artillery arsenals have dwindled during eight months of combat. North Korea is trying to hide the shipments by making it appear as if the ammunition is being sent to countries in the Middle East or North Africa, the intelligence says.

As more and more countries get involved, the conflict in Ukraine is truly starting to become a “world war”.

But the North Koreans aren’t going to get too involved in Ukraine, because a potential war with South Korea is looming.

For the very first time since the Korean War, a North Korean missile has flown “over the de facto inter-Korean maritime border”…

North Korea fired 25 missiles and around 100 artillery shells over the course of about 11 hours on Wednesday, the South Korean military said.

But one North Korean ballistic missile unprecedentedly flew over the de facto inter-Korean maritime border and landed in waters south of the border for the first time since the division of the Korean Peninsula.

In response, the South Korean military fired three missiles from fighter jets toward the north of the inter-Korean maritime boundary to demonstrate its precision-strike capabilities, denouncing the missile launch as a “direct and very serious provocation.”

During the Trump years, it seemed like we were making so much progress with North Korea.

But now everything has changed, and the North Koreans are openly threatening to use nuclear weapons against the United States and South Korea…

North Korea issued a veiled threat Tuesday to use nuclear weapons to get the U.S. and South Korea to “pay the most horrible price in history,” an escalation of its fiery rhetoric targeting the ongoing large-scale military drills between its rivals.

However, I do not believe that North Korea would actually make a move against South Korea unless China invaded Taiwan first.

Unfortunately, that day appears to be closer than ever.

In fact, the top officer in the U.S. Navy is warning that we are looking at “a 2022 window or potentially a 2023 window” for that to happen…

China could invade Taiwan as early as this year, speeding up naval experts’ predictions of a 2027 attack, the Navy’s top officer said Wednesday.

Chief of Naval Operations Adm. Mike Gilday said China’s 20-year track record of delivering “every promise they’ve made earlier than they said” indicated the Communist country could try to take Taiwan by force any day now.

“It’s how the Chinese behave and what they do,” Gilday said during an Atlantic Council event. “So when we talk about the 2027 window, in my mind, that has to be a 2022 window or potentially a 2023 window.”

Personally, I don’t think that an invasion will take place during the last two months of 2022.

But 2023 is another matter entirely.

Meanwhile, the war in Ukraine continues to escalate.

The Russians have been hitting Ukrainian infrastructure night after night, and at this point much of the country could be heading into winter without any power and without any running water…

Much of the Ukrainian capital of Kiev is without electricity or water, after the latest round of major Russian airstrikes on Monday. The Russian military announced ‘successful’ strikes on multiple of the country’s vital infrastructure facilities.

“The Russian Armed Forces continued to launch strikes with high-precision long-range air and sea-based weapons against Ukrainian military and energy facilities,” the Defense Ministry said. “The goals of the strikes were successful. All assigned objects were hit.” Meanwhile, Ukrainian Prime Minister Denys Shmyhal confirmed direct hits on 18 sites – most of which were connected to the nation’s energy supply. These ramped up attacks have created a growing sense of panic with temperatures plunging and winter approaching.

At the same time, western powers just continue to get even more deeply involved in the conflict.

In fact, the U.S. military is now telling us that U.S. troops are on the ground in Ukraine in a limited supporting role…

U.S. military personnel are now on the ground in Ukraine, keeping track of and inspecting weapons the U.S. has shipped to Ukrainian forces, a senior defense official announced during a Pentagon background briefing on Monday. These U.S. personnel are some of the first the Pentagon has acknowledged have entered Ukraine since Russia launched its large scale invasion of the country in February.

The senior defense official who spoke on background during an official Pentagon event, said, “U.S. personnel have recently resumed on-site inspections to assess weapon stocks in country whenever and wherever the security conditions allow.” The official said “the return of our defense attaché and Office of Defense Cooperation personnel in country has allowed us to resume this critical function.”

So the good news is that there are no U.S. military forces on the front lines yet.

But will that eventually happen?

None of us should want to see U.S. troops and Russian troops directly firing weapons at one another.

Because that would put us dangerously close to a nuclear conflict.

Unfortunately, leaders all over the world are being exceedingly reckless right now, and that should make all of us very nervous.