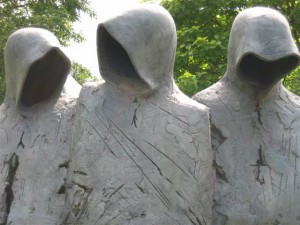 Have you ever noticed that whenever the government or the mainstream media wants to demonize a particular point of view they call it a “conspiracy theory”?  The unspoken message is that normal people such as us should never dare to question the official propaganda being put out by “official sources”.  But what if those “official sources” are wrong?  What if those “official sources” have a specific agenda that they are trying to promote?  Has it become a crime to ask questions?  Has it become a crime to think for ourselves?  The other day, Public Policy Polling did an opinion poll about “conspiracy theories”.  Just by reading the questions they asked, it is obvious that the goal was to make those that believe in those theories to look foolish.  When they released the results of the poll, they stated that some of the “conspiracy theories” could only be found in “the darker corners of the internet” – as if there was something unsavory or evil about them.  But is it really “crazy” to believe that sometimes bad people do bad things?  A conspiracy is just “a secret plan by a group to do something unlawful or harmful”.  So do conspiracies ever happen?  Of course they happen.  They have happened for as long as humanity has existed.  But in this day and age, we are just supposed to assume that all of our politicians and all of the big corporations that dominate our society are just sweet and wonderful and would never want to do us any harm whatsoever.

Let’s take a look at some of the results of the Public Policy Polling survey about conspiracy theories.  Excerpts from the results are in bold, and my comments follow thereafter…

The planet has been warming up and cooling down for thousands of years, and most “climate change” can be directly attributed to the gigantic ball of fire that our planet is revolving around.  Even if “greenhouse gases” did play a significant role in “climate change”, the truth is that carbon emissions make up less than 5 percent of all greenhouse gases in the atmosphere, and human activity accounts for less than 5 percent of all carbon emissions.  So to suggest that “global warming” could ever be significantly influenced by reducing carbon emissions is absolutely laughable.

They rapidly dumped his “dead body” into the ocean and the American public has still never seen any of the pictures that supposedly show that Osama bin Laden is dead.  Are we just supposed to trust our politicians when they tell us that the U.S. military killed him?  After all, our politicians lie for a living.  Plus, the truth is that there is a tremendous amount of evidence that bin Laden died many years before the now famous Seal team raid on a compound in Pakistan.

“28% of voters believe secretive power elite with a globalist agenda is conspiring to eventually rule the world through an authoritarian world government, or New World Order.  A plurality of Romney voters (38%) believe in the New World Order compared to 35% who don’t”

Whether you want to call them “the New World Order” or “the Illuminati” or “the global elite”, the truth is that nobody should be able to deny that there are ultra-wealthy individuals that are seeking to dominate the planet.  If you doubt this, please see the following article: “Who Runs The World? Solid Proof That A Core Group Of Wealthy Elitists Is Pulling The Strings“.

“20% of voters believe there is a link between childhood vaccines and autism, 51% do not”

At one time I didn’t believe that there was a link either.  But then I started looking into the evidence for myself. Why do they make us feel like criminals for asking questions about this? Is it because it threatens billions of dollars in pharmaceutical company profits? I put a lot of what I learned on this issue into this article: “Vaccines And Autism: The Secret That You Are Not Supposed To Know“.

Whatever the intention, the truth is that there is a tremendous amount of evidence that drinking fluoride is very harmful to humans.  A number of studies have shown that it actually causes brain damage, and it has been shown to accelerate the growth of cancer.  A blog post by Mary Bloomer summarized some of the other reasons why we should avoid Fluoride…

“51% of voters say a larger conspiracy was at work in the JFK assassination, just 25% say Oswald acted alone”

Does anyone actually still believe that Lee Harvey Oswald acted alone?  Even though a majority of the American people now believe that there was a larger conspiracy at work in that assassination, the government and the media are still sticking to their story.

Do you see how they worded that question?  The exhaust trails that normal aircraft leave behind are called “contrails“, and they usually disappear within moments.  “Chemtrails” are something else entirely.  Once they are sprayed in the air, they can often remain up there for hours.  But apparently we aren’t supposed to notice the huge white lines that crisscross the sky right above our heads.  The only real debate about chemtrails should be about what their purpose is.  Are they being used for weather modification projects or is something more sinister happening?

The pharmaceutical industry may not be inventing diseases just to make money, but they sure do love to invent new reasons to get people hooked on their legal drugs.  The sad truth is that the American people are the most doped up people on the face of the planet.  The following are some facts about pharmaceutical drugs from my recent article entitled “50 Signs That The U.S. Health Care System Is A Gigantic Money Making Scam“…

-During 2013, Americans will spend more than 280 billion dollars on prescription drugs.

–Prescription drugs cost about 50% more in the United States than they do in other countries.

–In 2010, the average teen in the U.S. was taking 1.2 central nervous system drugs.  Those are the kinds of drugs which treat conditions such as ADHD and depression.

–There were more than two dozen pharmaceutical companies that made over a billion dollars in profits during 2008.

As you can see, there are usually at least two sides to every story.

So the next time someone tries to dismiss a particular viewpoint by dismissing it as a “conspiracy theory” just because it does not conform to the official propaganda being put out by the U.S. government and the mainstream media, perhaps you should say something.

We are living at a time when it is more important than ever to think for ourselves.  Our world is becoming increasingly unstable, and there are lots of people out there that want to tell us what we should believe.

Do not allow the government and the media to do your thinking for you.  That is the lazy way out, and it will only end in a whole lot of pain.

Do your own research and come to your own conclusions.

The truth is out there, but you are going to have to unplug from “the matrix” in order to find it. 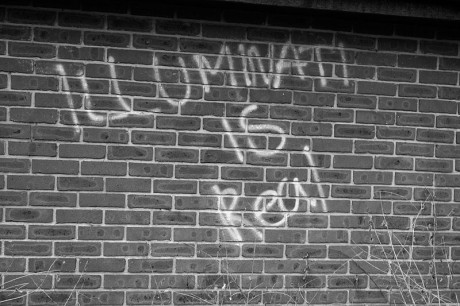