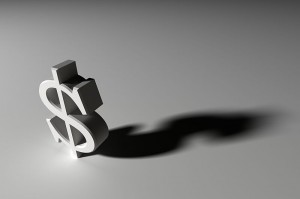 Is America on the verge of a horrible municipal debt crisis?  Unfortunately, the answer is yes.  From coast to coast there are an increasing number of cities, towns and counties that are rapidly going broke.  Financial analyst Meredith Whitney took a lot of heat when her prediction of a municipal bond crash in 2011 did not happen, but she was not fundamentally wrong in her analysis.  A horrifying municipal debt crisis is starting to unfold right in front of our eyes.  It just did not happen as soon as she thought that it would.  When most Americans think of our “debt problem”, they think of the federal government.  But the truth is that we have hundreds and hundreds of smaller “debt problems” all across the country.  In 2012, cities such as Stockton, California and Harrisburg, Pennsylvania have already defaulted and a whole bunch of other cities and towns are headed down the exact same path.  Once we see the first major wave of municipal defaults, creditors will become much tighter with their money and that will cause even more municipalities to get into financial trouble.  This crisis could start spinning out of control at any time.

The frightening thing is that all of this is happening at a time when we are supposed to be having an “economic recovery“.

So what will things look like when the economy gets even worse than this?

If hundreds of cities, towns and counties are barely able to keep their heads above water financially right now, what is going to happen when the next recession hits?

The following are 10 signs that America is on the verge of a horrible municipal debt crisis….

#1 Moody’s has downgraded Detroit’s debt again.  The following is from the Detroit News….

#2 The city of Indianapolis is facing an unprecedented 75 million dollar budget deficit in 2012.  City officials are warning that there may soon not be enough money to keep the streetlights on.

#3 Suffolk County in New York has declared a “fiscal emergency” after discovering that it is projected to take on a total of more than 500 million dollars of additional debt by the end of 2013.

#4 The city of Trenton, New Jersey is so broke that it has put off buying more toilet paper for city buildings.  At last report, there were a total of 15 rolls remaining and after that those that use city restrooms will be on their own.

#5 Some cities are slashing expenses dramatically in an attempt to stay afloat.  The following is one example from California….

Costa Mesa, a city of 110,000 south of Los Angeles, has slashed its payroll from 611 to 450. It is selling its police helicopters and has hired a neighboring city for air patrols. It’s also pursuing a controversial effort to convert to a charter city from a general law city, which would give City Hall more power to outsource more work, said councilman Jim Righeimer.

#6 In New York, state officials are deeply concerned that city and local governments are paying their pension obligations by borrowing from the state pension fund.  This is essentially like making your minimum monthly payment on a credit card by borrowing more money on that same credit card….

And now, their fears are being realized: cities throughout the state, wealthy towns such as Southampton and East Hampton, counties like Nassau and Suffolk, and other public employers like the Westchester Medical Center and the New York Public Library are all managing their rising pension bills by borrowing from the very same $140 billion pension fund to which they owe money.

Across New York, state and local governments are borrowing $750 million this year to finance their contributions to the state pension system, and are likely to borrow at least $1 billion more over the next year. The number of municipalities and public institutions using this new borrowing mechanism to pay off their annual pension bills has tripled in a year.

#7 Pension problems are catching up with a lot of cities all over the nation.  For example, CBS News reported recently that the city of Central Falls, Rh0de Island has been forced to declare bankruptcy because of pension woes….

For years, city officials promised robust union contracts and pensions without raising revenue to pay for them. Last August, the math caught up with them. Central Falls was broke, its pension fund short $46 million. It declared bankruptcy.

He said he could not make the payments on his house after his pension was cut by $1,100 a month.

#8 Last November, Jefferson County, Alabama filed for the largest municipal bankruptcy in U.S. history.  At the time, they had accumulated a total of approximately 4.2 billion dollars of debt.

#9 Several other U.S. large cities have defaulted on their debts in early 2012 as a Bloomberg article recently reported….

The California cities of Stockton and Hercules, as well as Pennsylvania’s capital, Harrisburg, have opted to default on some of their insured debt in recent months.

#10 In all, there have been 21 municipal defaults so far in 2012.  The grand total of those defaults comes to 978 million dollars.

Of course a lot of state governments are experiencing massive budget problems right now as well.

And we all know that the biggest debt problem of all is the U.S. national debt.

Professor Antony Davies of Duquesne University has put together a great YouTube video that shows how the U.S. national debt crisis could get wildly out of control if interest rates start going up by even just a little bit….

It is no wonder why so many Americans are so pessimistic about our future.

One new survey has found that 63 percent of all Americans believe that the U.S. economic model is broken.

Things did not have to turn out this way, but they did.

As a nation, we did not have to get absolutely addicted to debt, but we did.

Now we are going to pay the price and it is going to be extremely painful. 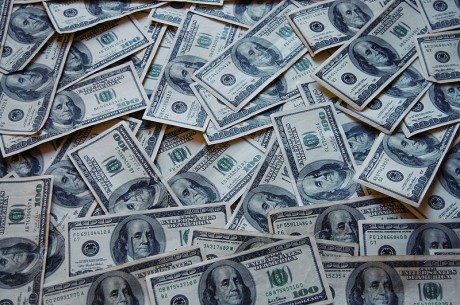