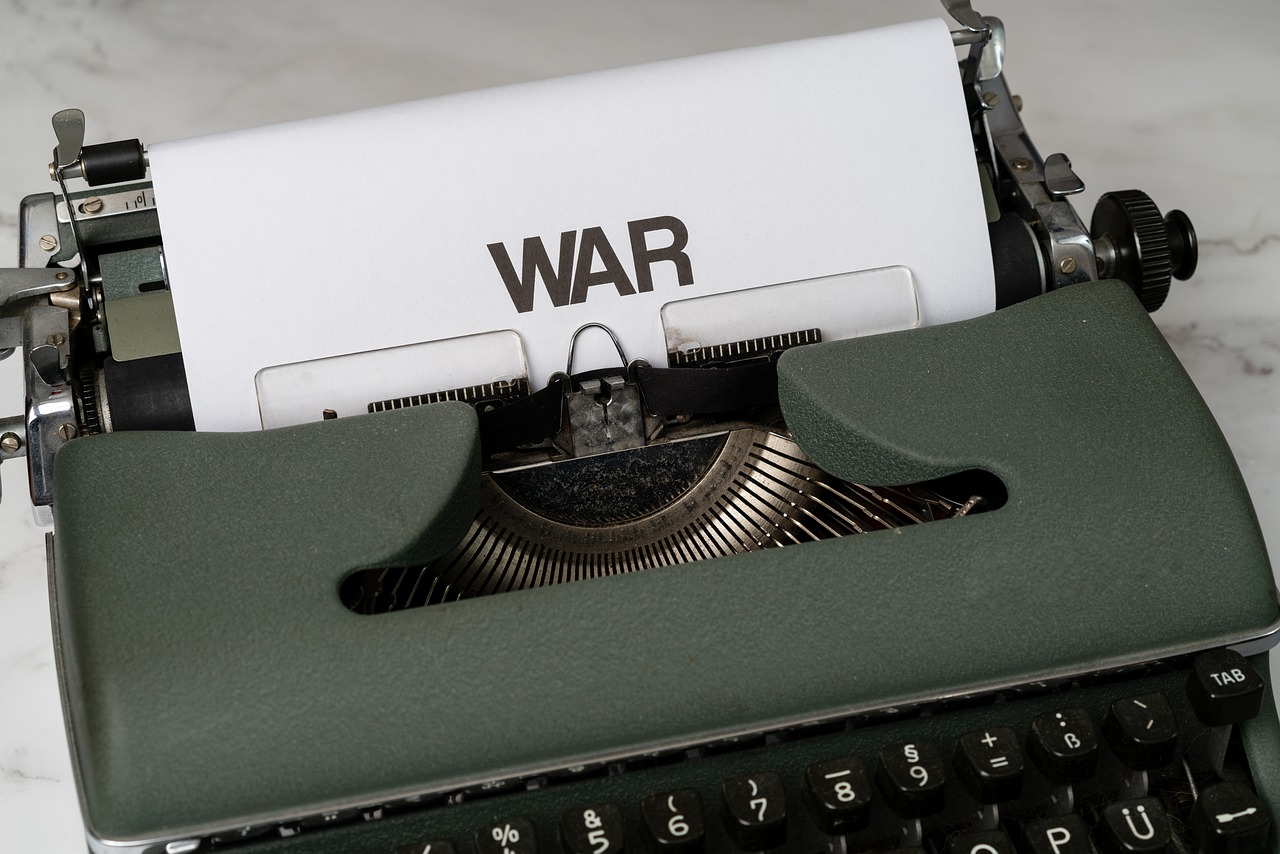 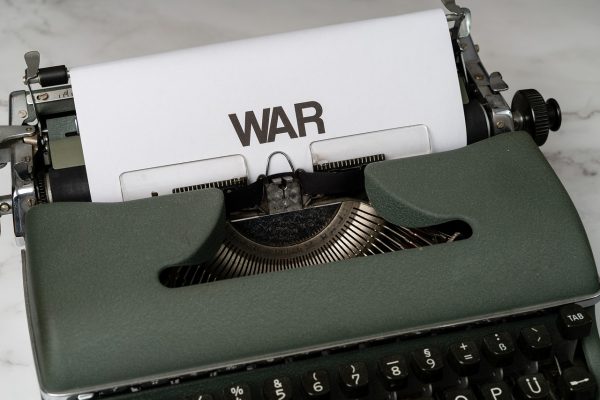 There are dark clouds on the horizon, and those that choose to ignore them do so to their own peril.  When World War I started, nobody thought that it would be the most horrifying war that Europe had ever witnessed.  The “war to end all wars” resulted in approximately 20 million deaths, but of course it didn’t actually end all wars.  World War II erupted in 1939, and it resulted in at least 40 million deaths.  After witnessing such immense death and destruction, you would think that humanity would be absolutely determined to avoid a global war in the future.  Unfortunately, World War III has now begun, and by the time it is over the number of dead will far exceed the combined totals from World War I and World War II.

Meanwhile, the Chinese continue to make preparations to invade Taiwan.  I do not know if they will pull the trigger on an invasion in 2022, but I do believe that it will happen at some point.

And when that day arrives, the United States and China will instantly be in a state of war.

But I believe that there is another major conflict that is even more imminent.  Israel has always warned that Iran would never be allowed to get to a point where it could produce a nuclear bomb.  Sadly, the IAEA recently announced that Iran now “possesses enough fissile material to construct a nuclear bomb”…

Israel and Iran are rapidly approaching an inflection point over Tehran’s nuclear program, and what was the atomic equivalent of a controlled clash between the two countries is now devolving into an unconstrained chain reaction. In late May, the International Atomic Energy Agency (IAEA), the United Nations agency tasked with globally overseeing nuclear technology and use, reported that Iran possesses enough fissile material to construct a nuclear bomb. Jerusalem’s long-feared specter of Tehran becoming an existential threat to Israel is now very real and imminent.

There is going to be a war between Israel and Iran.

It may not begin in the way that you would expect, but it is definitely coming.

Of course some would argue that it has already begun, because the “shadow war” between Israel and Iran has greatly escalated over the past year.  The following comes from the Wall Street Journal…

Israel has stepped up the campaign in the past year, with strikes using small drones to hit Iranian nuclear facilities and an attack on an Iranian drone base, according to the people briefed on the campaigns. Iran blamed Israel for last month’s killing in Tehran of a top Iranian military officer that the Israelis suspected of running overseas hit teams targeting Israelis.

The recent deaths of a small number of Iranians involved in the country’s nuclear and military research programs have also raised questions as to whether Israel was responsible for them.

But at least missiles are not flying back and forth between the two nations yet, and for that we should be thankful.

Unfortunately, the clock is ticking, and Israel recently took the unprecedented step of publicly announcing that it had prepared military aircraft for a strike against Iran…

Israel concurs. Prime Minister Naftali Bennett acknowledged on June 12 Iran is “dangerously close to getting their hands on nuclear weapons.” Earlier, Jerusalem — in an atypical disclosure for Israel — declared it has sufficiently extended the range of its U.S.-supplied Lockheed Martin F-35I Adir stealth fighter-bombers to complete any missions tasked to them in Iran. Israel’s message to the ayatollahs was loud and clear: Israel can reach deep inside Iran and exit Iranian air space unseen. Either abandon pursuit of nuclear weapons or risk getting hit.

Then on Sunday, Israeli Defense Minister Benny Gantz told Channel 12 News that “offensive options” against Iran are all set to go if it turns out that they are necessary.

Needless to say, it would not be easy to take out Iran’s nuclear program.

There are 38 nuclear-related sites, and some of them are deep underground.

And if Israel does conduct such an operation, there will inevitably be a massive response…

Jerusalem’s planning must anticipate Hezbollah, Hamas and other Tehran-backed militias aggressively responding in kind if Israel launches a raid into Iran. In all likelihood, before Israel’s air forces could return to Israeli airspace, massive volleys of rocket fire would be hitting the country from Lebanon, Gaza and Syria — and possibly even from Iran itself. Striking Iran’s nuclear facilities would be only the beginning, not the end, of a hot war between Israel and Iran.

Complicating matters is the fact that Israel is now headed for “its fifth election in three and a half years”.

Yair Lapid will be the caretaker prime minister until the election in October, and it is unclear whether he will be more aggressive or less aggressive toward Iran than Naftali Bennett was.

Meanwhile, a shooting war between Russia and NATO is now closer than ever now that Lithuania has decided to block all EU-sanctioned goods from reaching Kaliningrad…

NATO member Lithuania became the flashpoint of tensions between Russia and the military alliance on Saturday when it banned the transit of EU-sanctioned goods through its territory to and from the Russian exclave Kaliningrad. The Kremlin described the move as “openly hostile” and warned it will take action if the ban is not lifted “in the near future”.

The Russians are absolutely furious, and they are strongly warning Lithuania to back down…

The Lithuanian chargé d’affaires in Moscow was told that unless cargo transit was resumed in the near future, Russia reserves the right to act to protect its national interests.

So what happens if Lithuania doesn’t back down?

What will Russia do?

At this point we don’t know, but the Kremlin is describing this situation as “more than serious”…

“This decision is really unprecedented. It’s a violation of everything.”

He added: “We consider this illegal. The situation is more than serious…we need a serious in-depth analysis in order to work out our response.”

If the Russians ultimately decide on a military response, that could change everything, because Lithuania is a member of NATO…

Any attack on NATO member state Lithuania would be seen as an act of war against the military alliance.

It would therefore likely trigger a retaliation under Article 5 of the NATO treaty which states that an armed attack against one member state is considered an attack against them all.

Did you ever imagine that tiny Lithuania could be the spark that brings the world to the brink of nuclear conflict?

I certainly don’t want to fight a nuclear war over a Lithuanian blockade of Kaliningrad, and I am sure that you don’t either.

And the truth is that most Americans would have no chance of finding Kaliningrad on a blank map of the world.

But now a very reckless decision by some nameless Lithuanian politicians could end up being the straw that broke the camel’s back.

Over and over again, I have pleaded for a peaceful end to the war in Ukraine before it had the opportunity to spiral out of control.

Now we are on the verge of the unthinkable, and our leaders continue to find new ways to escalate the conflict.