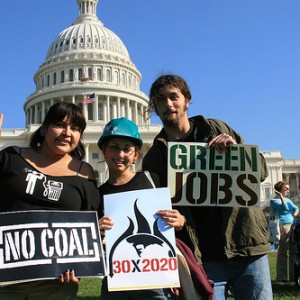 As Barack Obama and U.S. Senators John Kerry and Joe Lieberman continue to try to ramrod a “green economy bill” down the throats of the American people, many Americans are openly wondering what this new green economy is going to cost all of us.  After all, two new reports have just come out that clearly indicate that “climate change legislation” is really, really bad for an economy.  In fact, many are projecting that the cap and trade system that Barack Obama and the Democrats wish to impose on all of us will end up killing the American Dream for millions of people.  At a time when the U.S. economy is already coming apart at the seams, the last thing we need is another huge mountain of oppressive regulations heaped on to American businesses.  This is especially true considering the fact that global corporations have already shown that they will ship manufacturing jobs out of the United States at the drop of a hat.  The reality is that the new green economy is not going to be good for any of us, and the American people need to wake up to that fact.

First of all, before we explore the economic dangers of this new green economy, we should make it clear that carbon dioxide simply does not cause global warming.

Dr. Tim Ball, a renowned environmental consultant and former climatology professor at the University of Winnipeg, has studied this for years and he says that it abundantly clear that carbon dioxide cannot possibly cause “global warming”….

But the environmentalists just won’t listen.  It is as if nothing will shake their blind faith in global warming.  But the facts are out there for anyone with an open mind.  For much more on the fraud of “global warming”, just check out the following article:  “How To Save The Environment? Get Al Gore The Heck Away From It”.

So those who are trying so hard to reduce carbon dioxide emissions in order to “save the environment” are chasing after some sort of a fantasy.

That wouldn’t be so bad if their delusions weren’t about to crush the U.S. economy.

Analysts are calling this new green economy bill in the U.S. Senate a “job killer” that would push energy bills through the roof and would drive jobs and businesses overseas at a record pace.

So is there any evidence that those things would actually happen?

*A leaked internal assessment produced by Spain’s Zapatero administration reveals that Spain’s “green economy” has been an absolute economic nightmare for that nation.  Energy rates in Spain have “skyrocketed” and the new green economy there has lost more than two jobs for every job that it has created.  All of this has pushed Spain to the brink of economic disaster.  In fact, economists all over the world say that Spain is now one of the nations most likely to experience a Greek-style financial collapse.

*According to a new study by the California Legislative Analyst’s Office, a state law that requires power plants, factories and other businesses to cut greenhouse gas emissions could cause energy prices to rise and prompt businesses to delay expansion or flee California.

Not that this should be shocking for anyone.

The whole idea behind a green economy is to punish the use of oil, so of course power rates are going to rise.

In addition, you would have to be a moron to think that businesses are just going to sit somewhere and endure incredibly oppressive “green” regulations when they can just pick up and move to more economically feasible pastures.

But Barack Obama, John Kerry and Joe Lieberman continue to insist that this new green economy is going to bring new life to the U.S. economic system.

It is as if they are so blinded by their agenda that they can’t even see clearly anymore.

The reality is that our leaders in Washington D.C. are so incompetent at this point that the best thing for all of us would be for them to just sit there and do absolutely nothing.  At least that way they wouldn’t be messing even more things up.

What a nightmare.  Even if this new green economy bill is somehow defeated, the EPA has said that they are going to implement these measures through government regulations anyway.

So it looks like we are going into the new green economy whether we like it or not.

What a great system we have, eh? 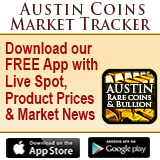