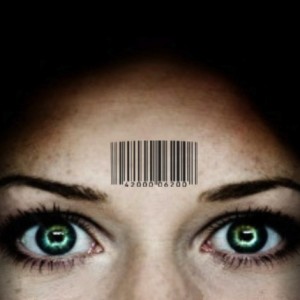 Would you wear an electronic tattoo if you couldn’t log on to the Internet without one?  That may sound crazy to many of you, but the technology for such a system already exists.  RFID tattoos have existed for quite some time, and they are already being used on animals.  But now an entirely new generation of electronic tattoos are being developed that can monitor your vital signs, interact with your mobile phone and even communicate directly with your mind.  These new electronic tattoos are thinner than a human hair, and they are going to fundamentally transform the way that we think about human identification.  Right now, the Internet is being absolutely plagued by hackers and identity theft has become a multi-billion dollar enterprise.  It is becoming increasingly difficult to determine if someone is actually who they say that they are.  And as even more of our commerce gets conducted through the Internet, identity security is going to be absolutely critical.  Without a doubt, there will continue to be a push for more secure forms of identification than we have today.  But there is also a very dark side to this kind of technology.  What if someday a tyrannical government decides to make a permanent electronic tattoo for identification purposes mandatory for all citizens?  What if you are not able to buy, sell, get a job, have a bank account or log on to the Internet without “proper identification”?  What if the price for receiving your tattoo is to swear absolute allegiance to that tyrannical government?  The truth is that technology is always a double-edged sword.  It always brings with it the promise of progress, but it also always has a dark side that could potentially be abused.

The latest generation of electronic tattoos is quite remarkable.  They are called “Biostamps”, and they were originally developed for medical purposes.  However, as a recent Daily Mail article detailed, Motorola believes that these Biostamps could potentially replace passwords and make the Internet a much more secure place…

MC10 originally designed the tattoos, called Biostamps, to help medical teams measure the health of their patients either remotely, or without the need for large expensive machinery.

Motorola claims that the circuits, which also contain antennae and built-in sensors, could be adapted to work with mobile phones and tablets.

The mobile devices could then be used to confirm the owner’s identity and log them in to accounts automatically.

This would prevent thieves and other people from being able to access a phone, or individual apps on the device, if it is stolen or lost.

These Biostamps are extremely, extremely thin.  As I mentioned above, they are actually thinner than a human hair.  The following description of Biostamps was taken from a Wired Magazine article…

The development takes wearable technology to the extreme, designed as a non-invasive diagnostic sensor that could be used to measure hydration, activity, and even infant temperature. It bonds to the skin, somewhat like a temporary tattoo, flexing and bending in sync with your skin the way you wish a Band-Aid would. How? Researchers at the University of Illinois, Dalian University of Technology in China, and the University of California at San Diego made it really, really small.

With a thickness of 0.8 micrometers at the widest — around one-thousandth the diameter of a human hair — the thin mesh of silicon actually nestles in to the grooves and creases in your skin, even the ones too small to see. Being small helps, but it’s also important that the silicon is laid out in a serpentine pattern and bonded to a soft rubber substrate, allowing the stiff material to flex, a little bit like an accordion.

But why would such technology be needed on the Internet?

After all, don’t our passwords work just fine?

Actually, we are rapidly getting to the point where passwords are a joke.  Hackers are becoming so sophisticated that they can crack even very long passwords with ease…

A team of hackers, commissioned by technology website Ars Technica, recently managed to crack more than 14,800 supposedly random passwords – from a list of 16,449 – as part of a hacking experiment.

The success rate for each hacker ranged from 62 percent to 90 percent, and the hacker who cracked 90 percent of hashed passwords did so in less than an hour using a computer cluster.

The hackers also managed to crack 16-character passwords including ‘qeadzcwrsfxv1331’.

Were you alarmed when you read that?

I know that I was.

Obviously we need a better system.

But personally I never plan to wear an electronic tattoo.  That crosses the line in a big way.

Unfortunately, this kind of technology is going to be heavily pushed in the years ahead.  According to Wired magazine, even the U.S. military is devoting resources to developing electronic tattoo technology…

In its ongoing quest to measure every aspect of U.S. troops’ physiology, Pentagon researchers are looking to develop a durable, unobtrusive device that can track the body’s physical response to stress. Military scientists believe that using the device — preferably a tattoo — to track heart-rate, temperature or bio-electric response during various training situations will help them crack the code of combat fatigue.

Another significant trend is the development of electronic devices that we can control directly with our minds.  In the past, such technology was the stuff of science fiction novels, but now even the New York Times is writing about it…

Soon, we might interact with our smartphones and computers simply by using our minds. In a couple of years, we could be turning on the lights at home just by thinking about it, or sending an e-mail from our smartphone without even pulling the device from our pocket. Farther into the future, your robot assistant will appear by your side with a glass of lemonade simply because it knows you are thirsty.

Researchers in Samsung’s Emerging Technology Lab are testing tablets that can be controlled by your brain, using a cap that resembles a ski hat studded with monitoring electrodes, the MIT Technology Review, the science and technology journal of the Massachusetts Institute of Technology, reported this month.

The technology, often called a brain computer interface, was conceived to enable people with paralysis and other disabilities to interact with computers or control robotic arms, all by simply thinking about such actions. Before long, these technologies could well be in consumer electronics, too.

So what if you could combine the two trends discussed above?

What if an electronic tattoo would allow you to operate your tablet computer, send an email, fly a drone or even “speak” telepathically using only your mind?

Actually, researchers are already working on such technologies.  The following comes from a recent article by Charles Q. Choi…

But brain implants are invasive technologies, probably of use only to people in medical need of them. Instead, electrical engineer Todd Coleman at the University of California at San Diego is devising noninvasive means of controlling machines via the mind, techniques virtually everyone might be able to use.

His team is developing wireless flexible electronics one can apply on the forehead just like temporary tattoos to read brain activity.

“We want something we can use in the coffee shop to have fun,” Coleman says.

The devices are less than 100 microns thick, the average diameter of a human hair. They consist of circuitry embedded in a layer or rubbery polyester that allow them to stretch, bend and wrinkle. They are barely visible when placed on skin, making them easy to conceal from others.

The devices can detect electrical signals linked with brain waves, and incorporate solar cells for power and antennas that allow them to communicate wirelessly or receive energy. Other elements can be added as well, like thermal sensors to monitor skin temperature and light detectors to analyze blood oxygen levels.

You can read that rest of that article right here.  Some of the things that our scientists are working on right now are absolutely mind blowing.

We live at a time when technology is advancing at an exponential rate.  Sometimes I have a very hard time believing some of the technological advances that I am writing about.  The world is going to look very, very different ten years from now.

But will the changes be for the better?

Technology is advancing at a faster pace than we have ever seen before, but at the same time the world is becoming an increasingly unstable place.

Could technology that enables us to interact with our environment using our minds actually be turned around and used to control our minds by a future tyrannical government?

Could technology that helps us identify one another on the Internet someday be used to brand us all like cattle and force all of humanity into a dark system of control and enslavement?

Don’t think that such a dystopian society can never exist in our modern world.  Freedoms and liberties are being taken away from people all over the globe right now even though things are still relatively stable.

So what is going to happen when the world goes crazy someday and the planet is absolutely ravaged by economic collapse, pandemics, crime, rioting, natural disasters and war?