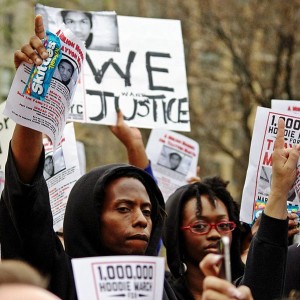 Is the Obama administration at least partially responsible for turning the George Zimmerman trial into such a huge national spectacle?  Judicial Watch has obtained documents which prove that the Community Relations Service, a division of the Department of Justice, was sent to Sanford, Florida in late March 2012 “to help organize and manage rallies and protests against George Zimmerman“.  This included spending quite a bit of money, arranging meetings between the NAACP and local leaders, and providing police escorts for protesters.  Someone needs to ask Obama why the federal government was doing this.  A story that should have never made national headlines now threatens to unleash a firestorm of racial fury unlike anything we have seen since the Rodney King verdict.  One young man, a neighborhood watch captain, shot and killed another young man.  This kind of thing happens in American cities every single night.  George Zimmerman says that he did it in self-defense.  He should be allowed to have his day in court and that should be the end of the matter.  But instead, this thing has been hyped into a massive national spectacle and it is being used to divide us along racial lines.  And it appears that we have clear evidence that the Obama administration was involved in doing the hyping.

The documents that Judicial Watch was able to obtain contain some absolutely startling information.  Apparently the role of the Obama administration in these protests was quite substantial…

But the involvement of the Department of Justice went far beyond just spending money and helping to organize and manage the protests.

On April 15, 2012, during the height of the protests, the Orlando Sentinel reported, “They [the CRS] helped set up a meeting between the local NAACP and elected officials that led to the temporary resignation of police Chief Bill Lee according to Turner Clayton, Seminole County chapter president of the National Association for the Advancement of Colored People.” The paper quoted the Rev. Valarie Houston, pastor of Allen Chapel AME Church, a focal point for protestors, as saying “They were there for us,” after a March 20 meeting with CRS agents.

Separately, in response to a Florida Sunshine Law request to the City of Sanford, Judicial Watch also obtained an audio recording of a “community meeting” held at Second Shiloh Missionary Baptist Church in Sanford on April 19, 2012. The meeting, which led to the ouster of Sanford’s Police Chief Bill Lee, was scheduled after a group of college students calling themselves the “Dream Defenders” barricaded the entrance to the police department demanding Lee be fired.  According to the Orlando Sentinel, DOJ employees with the CRS had arranged a 40-mile police escort for the students from Daytona Beach to Sanford.

Under what conditions is it ever acceptable for the federal government to arrange police escorts for protesters?

And why did the Obama administration want to help them?

What was the goal?

As a result of all of the hype that this case has been given, we now have more racial tension in the United States than we have had in a very, very long time.

And it is becoming apparent to everyone what could potentially happen if George Zimmerman is acquitted.  In fact, law enforcement officials are so concerned about violence in the aftermath of the verdict that they have released a video encouraging young people not to commit violent acts…

On Monday, the Broward County Sheriff’s Office released a video calling on the public not to riot in the wake of the George Zimmerman verdict, expected this week or next in Florida. The Sheriff’s Office released a statement explaining that it was “working closely with the Sanford Police Department and other local law enforcement agencies” to coordinate “a response plan in anticipation of the verdict.”

This never should have happened.

This case should never have been hyped like this.

Instead of being encouraged to look at each other as individuals and fellow American citizens, our politicians and the media continue to hype racial division and strife.

Are we ever going to learn how to love one another? 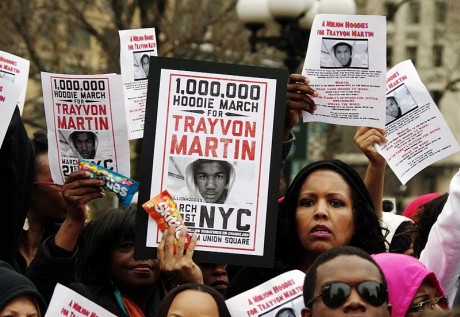