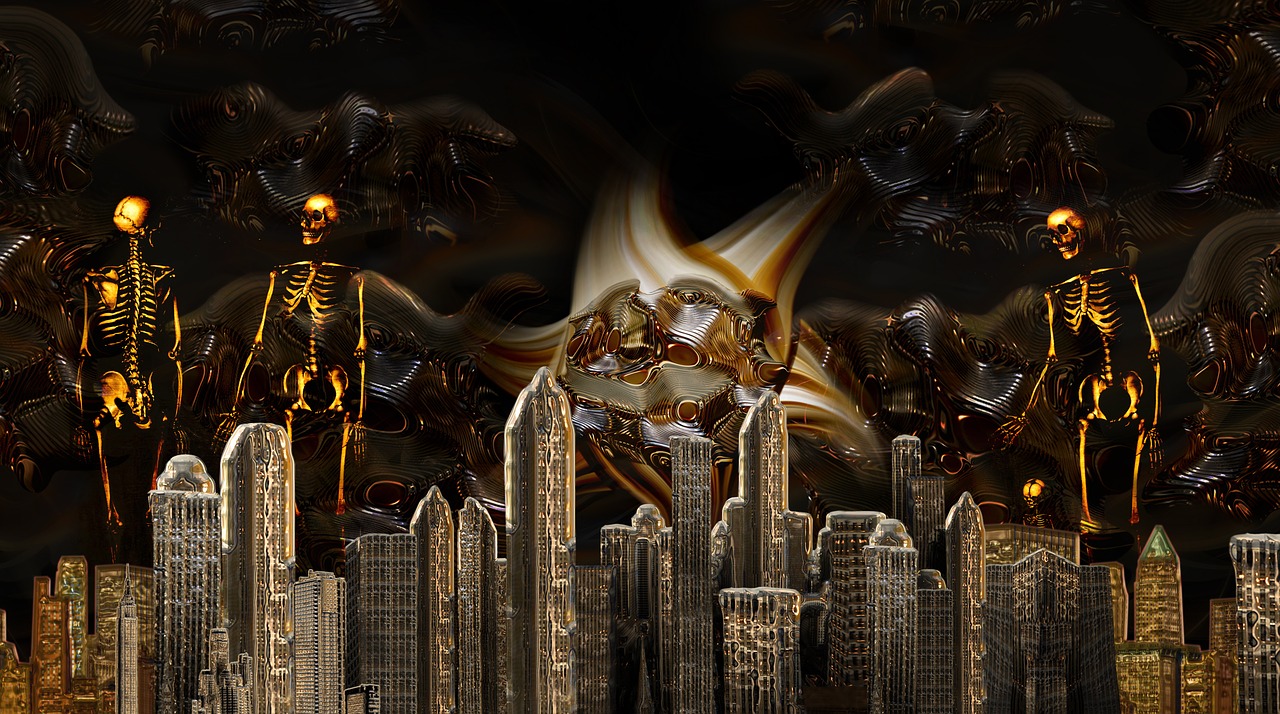 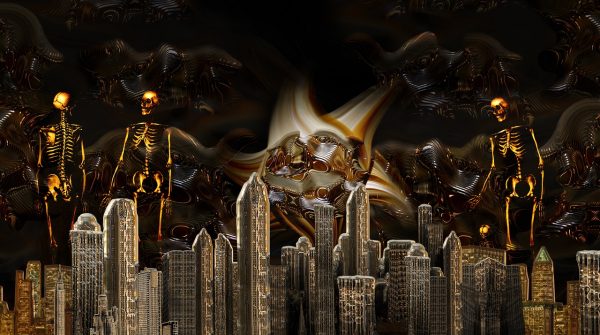 Omicron is coming!  Hide the women and children in your emergency bunkers immediately!  Of course I am being facetious.  There is absolutely no reason to panic because of this new variant, but the global elite and the mainstream media would have us believe that we are now facing a horrifying global catastrophe of epic proportions.  All of a sudden, the airwaves are full of talk about new travel restrictions, new lockdowns and new booster shots.  And all of the major news networks are giving copious amounts of time to Dr. Television as he prattles on about how dangerous this new variant could become.  Sadly, he is once again making all sorts of exaggerated statements that will look completely ridiculous six months from now.  But six months from now everyone will almost certainly be talking about some other “monster variant” that has just emerged.

If Omicron did appear to be a very serious threat, I would definitely be warning my readers about it.

Thankfully, at this point there doesn’t seem to be anything alarming about it, but the elite have decided to hit the panic button anyway.  In fact, over the long weekend a whole host of nations announced that they would be banning all air travel from South Africa…

Major travel destinations including the European Union, Japan, Australia, the United States and Canada have moved to block flights from African countries following the discovery of the Omicron variant, echoing previous emergency responses that triggered a global freeze on travel.

The speed with which the new restrictions were put in place — just hours after the South African health authorities announced the discovery of the variant, meant passengers have found themselves stranded without a warning. While scientists in South Africa were the first to identify the new variant, it is unclear whether it emerged there or was brought there from another country.

Based on the reaction, you would think that the current outbreak in South Africa must be absolutely nightmarish.

On Sunday, there were 6 new deaths from COVID in South Africa.

On the other hand, there were 102 new deaths from COVID in the United States.

So perhaps South Africa should actually be banning travel from the United States.

We keep getting more reports about the latest spots on the globe where Omicron has popped up, and I am sure that it will probably eventually spread everywhere.

Not taking any chances, the government of Israel has decided to slap a blanket ban on all foreign travelers…

The government voted to ban all foreigners from entering Israel as part of an effort to stem the spread of the new South African “Omicron” variant, one case of which has been confirmed in the country and seven others which are under investigation.

The coronavirus cabinet met for nearly three hours on Saturday night agreeing on a series of new restrictions.

Here in the United States, we are also seeing politicians react irrationally to the hysteria that is now sweeping the globe.

For example, New York Governor Kathy Hochul has already declared a state of emergency in her state…

Hochul’s declaration on Friday is one of the first emergency steps taken by a state in the U.S. against the new variant, known as omicron, whose discovery was announced Thursday.

I have no idea how someone like Kathy Hochul could possibly become the governor of an entire state.

She is truly frightening, and no sane individual should have ever entrusted her with running anything.

Unfortunately, now she is running the entire state of New York.

On ABC News, Dr. Television warned that the U.S. needs to “be prepared to do anything and everything” to combat this new variant.

He won’t rule out new lockdowns, and we all know that Joe Biden listens very closely to whatever he has to say.

After all, he “represents science”, right?

So could we soon see much of the country shut down like we did in early 2020?

That would literally be crazy, but as many have already pointed out, the letters that are used to spell “Omicron” can also be rearranged to spell the word “moronic”.

If this new variant really was a massive threat, you would think that the doctors on the ground in South Africa would be telling us that.

Dr. Angelique Coetzee has actually treated patients that have this new variant, and she does admit that they developed “intense fatigue and a high pulse rate”…

Dr Angelique Coetzee, who runs a private practice in the South African administrative capital of Pretoria, said she first noticed earlier this month that Covid patients were presenting with a host of odd symptoms.

The doctor, who has practiced for over 30 years and chairs the South African Medical Association, said that none of the Omicron patients suffered from a loss of taste of smell typically associated with Covid, but instead presented with unusual markers like intense fatigue and a high pulse rate.

But other than that, Dr. Coetzee says that there is no reason for concern.  In fact, she says that the symptoms of the patients that she has treated are “so mild from those I had treated before”…

‘Their symptoms were so different and so mild from those I had treated before,’ Dr Coetzee told The Telegraph.

That certainly does not sound like a pending global catastrophe to me.

Contrary to the panicmongering unleashed by western mainstream median, Barry Schoub, chairman of the Ministerial Advisory Committee on Vaccines, told Sky News on Sunday that while South Africa, which first identified the new variant, currently has 3,220 people with the coronavirus infection overall and while the variant does appear to be spreading rapidly, there’s been no real uptick in hospitalizations

“The cases that have occurred so far have all been mild cases, mild-to-moderate cases, and that’s a good sign,” said Schoub, adding that it was still early days and nothing was certain yet.

If this is true, why is there so much panic over this new variant in the media in the western world?

Could it be possible that another agenda is at work?

Interestingly, several big pharmaceutical companies have already announced that they will be able to roll out a new vaccine for the Omicron variant very quickly…

Pfizer and BioNTech said that in the event of a variant which could escape the effects of the vaccines, the firm expects ‘to be able to develop and produce a tailor-made vaccine against that variant in approximately 100 days, subject to regulatory approval’.

Novavax said it has ‘already initiated development of a new recombinant spike protein based on the known genetic sequence of B.1.1.529 and will have it ready to begin testing and manufacturing within the next few weeks’.

Don’t fall for the hype.

I do believe that we have entered an era of great pestilences, but I do not believe that Omicron is one of them.

There is absolutely nothing that indicates that this new strain is any more dangerous than the other variants that are already spreading around the globe.

So everyone just needs to take a step back and relax.

Unfortunately, politicians all over the globe have already proven that they are not going to be rational in their response to this pandemic, and so we should expect that a new wave of authoritarian measures will soon be rolled out.