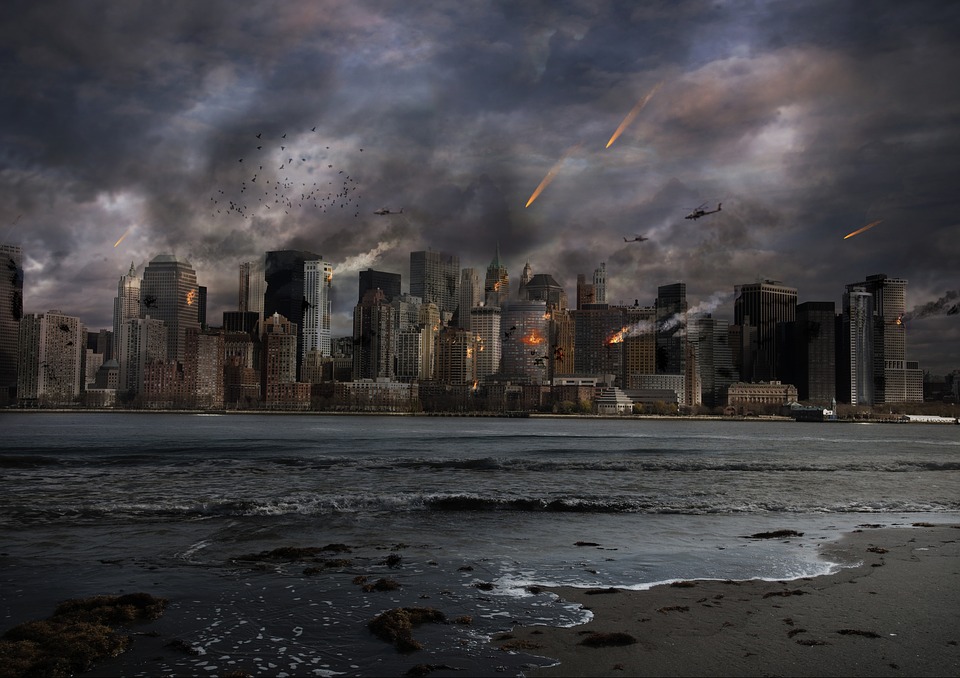 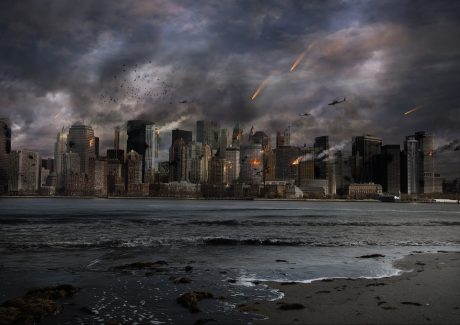 Judgment is coming to America very soon. Recently, Julie Whedbee was shown what life will be like for believers in the United States during the Tribulation. She has been having dreams and visions for over 20 years, and she is someone that I have come to hold in high regard. What was revealed to her about the future of the United States is quite chilling to say the least. She was shown a time when Christians have to live in hiding in a post-apocalyptic America where millions of people have already been killed. The following is a short excerpt from what she wrote about this experience…

We were living underground in hiding, in a large but dark abandoned building of some sort. There was no electricity, and had not been for some time. I saw oil lamps and candles everywhere and it was the only light we had. We were all dressed in oversized clothing and head wraps, doing our best to stay as inconspicuous as possible.

There were times we had to go out for items such as salt, and oil, and would barter with things we had found and collected for this reason. Food was scarce to say the least. Water was also something we were having to look for constantly, and most important for survival.

As we traveled, we would do so only in the early pre-dawn hours, or at sunset, to do our best to avoid being targeted and taken away to be killed. I was told by Father this was the United States, after many of the judgments had happened, and He made me to understand that millions had died.

During this period of time there will be no United States government as we know it today, and Christians will be hunted down and killed like animals. In fact, she says that there will be “open crucifixions in the streets”…

The streets were very empty, there were only a few small businesses opened, and everything was run by the NWO. Martial law kept everyone in check, and as we traveled, we were watched and controlled by gunpoint. There were certain paths that had to be taken and if we were found traveling any other way, we were shot instantly. We never spoke while outside of our building.

There were open crucifixions in the streets, a gruesome and horrible sight, of anyone who publicly confessed Christianity. The bodies, once dead, were then left where they hung. Christianity was long gone in this country. Our group did the best we could to go at night and take the bodies of these precious souls back to where we were hiding, although we had no way to properly bury them. I saw rows of them on a far wall of our hiding place, wrapped in sheets and blankets as this was all we had. I remember discussing with the others what we were going to do with these martyrs.

If you would like to read the entire thing, you can find the original right here.

Of course Julie Whedbee is certainly not the only one that has been shown the future of America. Hundreds of others have also been warned that judgment is rapidly approaching. For example, the following is what Glynda Lomax was recently shown…

“Much strife and confusion is coming to the earth. There will be eruptions of violence, murder, strife and infighting in various places.

Much tension shall abound, and brother shall strike out at brother. The line is being drawn tight.

(NOTE: In the spirit here, I saw a line, like a tightrope wire, being tightened and tightened, until it looked like it would just snap from the tension.)

When I speak to the angels, what is holding back the war will be released, and battles will break out in many places. War will break out. Fighting and killing will seem to be everywhere at once. This is the beginning of the end. Prepare your houses. Prepare your hearts, for the end is upon you. The end of all things quickly approaches.

My children in the earth, My true children, will shine like a beacon in this dark time. Miracles will abound, My Word will go forth with great boldness and authority as it did in the time My Son Jesus walked the earth, and many souls will be added unto My Kingdom. The end is very near now as these souls enter just before the door is shut.

Sadly, the vast majority of the population refuses to listen to the warnings.

As a nation we need to repent and turn from our wicked ways, but that is simply not happening. Instead, just about every type of evil that you can possibly imagine is exploding in our society.

For example, earlier today I ran across a CNN article that talked about the epidemic of sexual assault that is taking place in America’s nursing homes…

The unthinkable is happening at facilities throughout the country: Vulnerable seniors are being raped and sexually abused by the very people paid to care for them.

It’s impossible to know just how many victims are out there. But through an exclusive analysis of state and federal data and interviews with experts, regulators and the families of victims, CNN has found that this little-discussed issue is more widespread than anyone would imagine.

Even more disturbing: In many cases, nursing homes and the government officials who oversee them are doing little — or nothing — to stop it.

If you read that entire CNN article you may want to vomit by the time you get to the end of it.

And even our “Christian” leaders are involved in some of the most horrific things imaginable. If you can believe it, WND is reporting that George W. Bush’s daughter Barbara is going to be the keynote speaker at a Planned Parenthood fundraiser…

Franklin Graham, the president and CEO of the humanitarian aid mission Samaritan’s Purse and one of the world’s best-known Christian leaders, slammed an upcoming Planned Parenthood fundraiser that will be keynoted by former president George W. Bush’s daughter, Barbara, as akin to raising money for the Nazis during World War II.

In a Facebook post, Graham wrote: “Planned Parenthood is the #1 abortion provider in the United States. Raising funds for this organization is like raising money to fund a Nazi death camp—like Auschwitz, except for innocent babies in their mother’s wombs! Reports say they perform over 300,000 abortions per year. And this is the organization whose employees were caught on video trying to sell baby body parts over wine. Disgusting.”

I could go on and on all day, but one more thing that I want to mention is our national addiction to pornography.

Those numbers alone would explain why the institutional church in America is deader than a doornail right now.

And I was absolutely astounded when I learned that in just one year more than 87 billion videos were watched on one adult website alone.

It does not take a genius to figure out why judgment is coming to America, and it is going to start with the church. Judgment begins with the house of God, and I want to share with you a portion of what Marty Breeden recently had to share on Facebook…

I’ve had this STRONG sense over the the last few days, that the Lord is about to send, to and through His servants a message of Repentance first to the church and then to the lost world.

NOT ALL churches and Pastors will reject that message, but MOST will and those who deliver that message will NOT be welcomed to the vast majority of American pulpits.

These servants will burn with the Fire of the Living God in their hearts and they will not succumb to church politics or pressures from politically correct pastors.

Many of these fire-branded MEN AND WOMEN will circumvent the “church as normal” to deliver this message and they WILL NOT be stopped! They will not be popular or wealthy but they will be powerful, not of their own strength either, but it will be the undeniable power of God.

The Gospel will go forth with great power and influence and be confirmed as it was in the Book of Acts, with signs, wonders and mighty miracles. The people of the church will then have to determine if they are going to still be part of a dry, dead social club atmosphere, or are they going to seek the face of God and impact and change their world and the generation they were destined to influence.

We often speak of the “Coming Judgment” and it is coming indeed, but we often leave out the part that “Judgment MUST begin at the “House of God” (1 Peter 4:17)

Sadly, the institutional church doesn’t want to hear voices such as this, and instead they are exalting people that speak endlessly of prosperity.

But the Word of God has a warning about those that only speak of prosperity. The following is what Jeremiah 28:7-9 says in the Modern English Version…

“Nevertheless hear now this word that I speak in your ears and in the ears of all the people. 8 The prophets of old who have been before me and before you prophesied both against many countries and against great kingdoms, of war and disaster and pestilence. 9 As for the prophet who prophesies of peace, when the word of the prophet comes to pass, then that prophet shall be known as one whom the Lord has truly sent.”

But we should be thankful for the shaking that is coming, because multitudes will be shaken into the Kingdom of God, and an immense wave of glory will be unleashed all over the world.