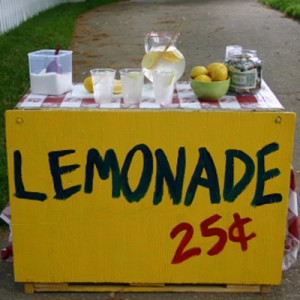 What in the world has happened to the United States of America?  Once upon a time, young boys and girls across this great land of ours could set up little lemonade stands and make a little bit of extra cash without fear of being raided by the cops.  But those days are apparently gone.  In the town of Tulare, California one little 7-year-old  girl recently had her lemonade stand shut down by authorities because she did not have the proper business permits.  So what in the world are authorities doing running around shutting down lemonade stands for?  Don’t they have anything better to do?  After all, if your car is stolen these days you are very fortunate if you can even get a cop to come out to the scene.  But apparently stopping a little girl from raising money so that she can go to Disneyland is a top priority in the town of Tulare.  So now what is this little 7-year-old girl supposed to think about trying to live the American Dream?

This is yet another example of how far America has fallen.  Once upon a time our system of free enterprise greatly rewarded those who take initiative, but today’s version of “capitalism” is all about permits and lawyers and corporations and making it next to impossible for the “little guy” to rise up and make a go of things.  The following is a video news report about the ordeal that the authorities in Tulare have put this little girl through….

So did the authorities have any legitimate reasons for shutting down the lemonade stand that the little girl was running?

Well, yes.  The lemonade stand was positioned near a very, very busy intersection and there was the possibility that it could have caused an accident.

But there is a reason why the story of this little girl is resonating so profoundly with so many people.

It is because our society has become structured in such a way that it is becomes increasingly difficult for our young people to make it in this world.

In a piece recently published on MSN Money, journalist Joe Queenan described the environment that 2010 college graduates are being thrown into as they enter the real world….

Today our young people are saddled with record amounts of student loan debt, and when they graduate they enter a world that contains very few prospects for them.  At a time when so many graduating college students should be optimistic about an unlimited future, they are instead having to deal with the pressure of severely reduced expectations.

One of our readers recently left a comment that expresses this sentiment incredibly well.  The truth is that it is hard to be optimistic about the future when the U.S. economy is crumbing to pieces all around you….

I read this forum all the time and I am a 21-year-old college student myself. Frankley I do no see much employment opprotunities available right now. The counsoulers at my high school always told us to get in to the “Med-ED” professions because that was where all the jobs are currently being made. But with this healthcare bill being passed I forsee the collapse of our hospital industry which means no medical jobs for college graduates. The same goes for education, most teachers quit within the first year of employment and with the ever growing number of high school drop outs and illiterate students there just does not seem that much of a lucrative buisness.

The same goes for engineering and software employment. Because of the large abundance of Chinese and Indian labor tech firms and aircraft enginnering companies would rather hire these foreign students becuase they have a better work ethic and they have no liabilities unlike the American graduates. These guys will work harder for less money and their presecence impedes American students from gainig employment status.

There are several reasons why tutition is skyrocketing. First is the growing demand for limited space in the colleges. Thousands of people are applying to colleges in an attempt to keep up with the jones and any one from high school graduates to middle aged people and retirees are joining in record numbers. Secondly, you take a local or state university and they have to have all kinds of bells and whistles in regards to sports. They have to have huge stadiums and tracks and what not. This stuff costs money, both for the college and the sponsors who charge the university. The bills for this stuff are then redistributed towards the students in higher tuition bills.

It would be nice if we all could tell “Concerned Reader” that this is only a temporary downturn and that things are going to be better than ever very soon, but that is not the truth.

The truth is that we are witnessing the early stages of the complete and total collapse of the U.S. financial and economic systems.  We have squandered the great wealth our forefathers left us, we have dismantled our once great manufacturing base, we have shipped millions of our jobs overseas and we have piled up the biggest mountain of debt in the history of the world.

So our economic future looks bleak to say the least.

Fortunately, there is much more than money to live our lives for.

We are moving into what will be one of the most chaotic times in human history, but it will also be filled with some of the greatest opportunities to make a difference.

So for those who consider their lives to be defined by what they own and by how much money they have, a whole lot of disappointment is coming.

But for those who are looking for meaning, purpose and adventure, the times in which we now live are perfect.

It is during the darkest times that the true lights shine the brightest.

When it is your time to shine make the most of it. 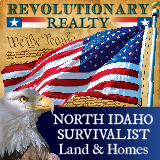