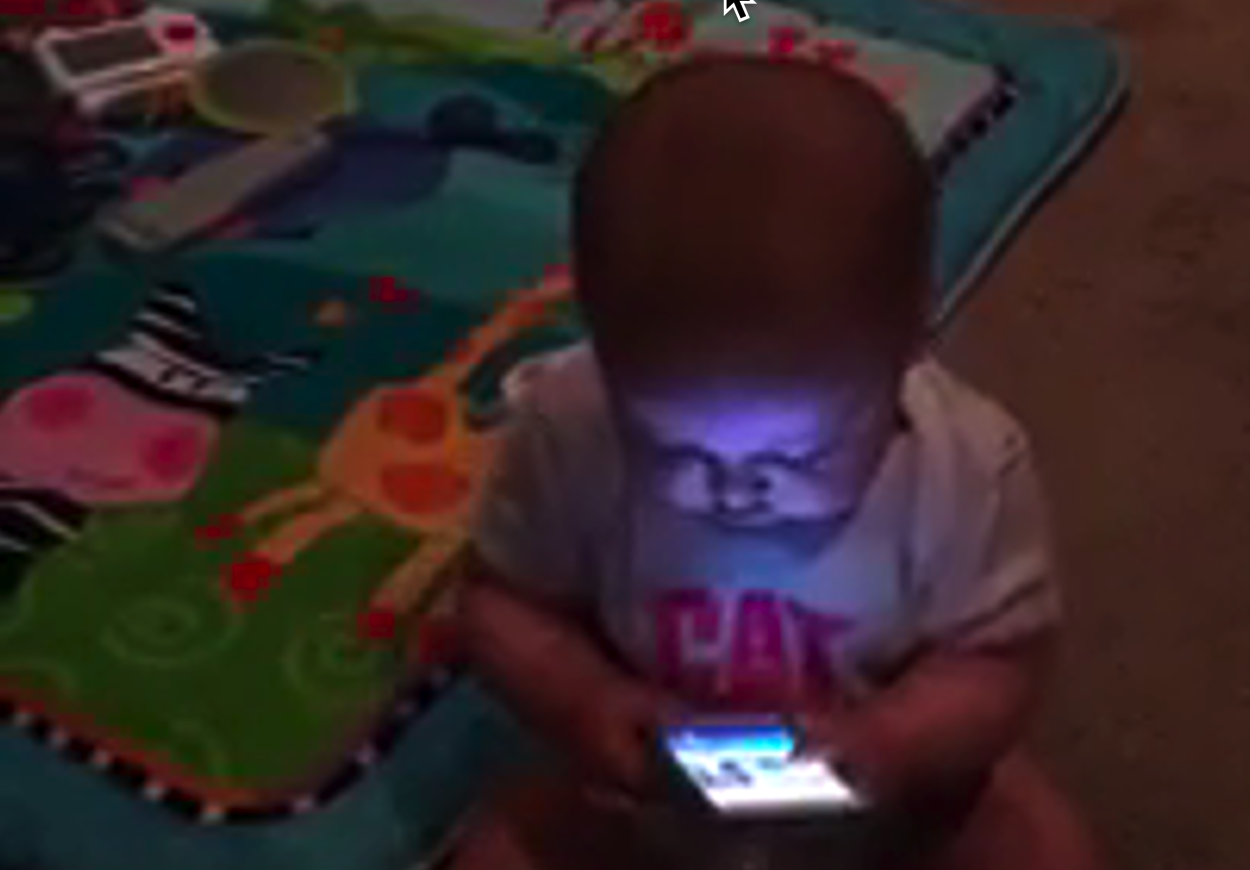 341
SHARES
FacebookTwitterSubscribe
You have got to watch this video!  I have to admit that I was mesmerized when I first starting watching it.  This baby appears to be less than a year old, and yet it already throws a massive temper tantrum every time a cellphone is taken away.  But as you will see in the video, all the mother has to do to stop the tantrum is to give the cellphone back to the baby.  If you need a good laugh, this video is perfect for you, but I think that it also contains a much deeper message.  You see, the truth is that our society is just like that little baby.  We have become deeply, deeply addicted to the digital world that we have created, and when we are forced to disconnect from that world most of us don’t respond very well.

Many of us are old enough to remember a time when people didn’t carry cellphones around with them everywhere.  Instead of constantly looking down at their phones, people actually tried to interact with one another, and the world was a much different place.

But today it seems like everyone has a cellphone, and one study found that the average American spends 86 hours a month on their phone…

According to comScore’s 2017 Cross Platform Future in Focus report, the average American adult (18+) spends 2 hours, 51 minutes on their smartphone every day.

That’s about 86 hours a month! This might be a record, but growth has certainly flattened out over the last year-and-a-half.

And when you add in time spent on desktops and laptops, the numbers are even more staggering.

According to a study which was released earlier this year, the average American spends 5.9 hours a day staring at a digital device…

For this edition of The Why Axis, we’re focusing on breaking down one slide in particular: how much time the average internet user spends staring at a screen each day. According to KPCB’s report, which aggregates data from market research company eMarketer, the average adult user in 2017 spent 5.9 hours with digital media. This includes smartphones, desktops and laptops, and other connected devices including over-the-top (OTT) streaming devices and game consoles.

And of course Americans are not alone.  Just consider the following numbers from the UK…

People are on average online for 24 hours a week, twice as long as 10 years ago, with one in five of all adults spending as much as 40 hours a week on the web.

Yes, in a lot of ways these devices make our lives easier and more convenient, but imagine how much better our world would be if we all spent at least some of that time visiting those in need, reading books or doing volunteer work in our communities.

Each year, we get more sucked into this incredible digital world that we have created, and without a doubt it is very impressive.

But in the process, the real world is rotting and decaying all around us.

According to Dr. David Greenfield, only about 10 to 12 percent of all cellphone users should officially be classified as “addicted”.  But he also says that up to 90 percent of us are guilty of “overusing, misusing or abusing” our devices…

The percentage of smartphone users who would actually be classified as addicted is estimated between 10-12%, according to the director of the Center for Internet and Technology Addiction, Dr. David Greenfield. However, in a survey of cell phone users, Dr. Greenfield found that around 90% of Americans fall in the category of overusing, misusing or abusing their devices. A recent study also found that 50% of teens feel that they are addicted to their devices.

If you think that you may be a cellphone addict, Dr. Greenfield even has a “smartphone compulsion test” that you can take.

Anything can become an addiction, and there is no shame in admitting that you have a problem.

One way to start breaking an addiction is to interrupt your regular patterns.  Some suggest doing a “digital detox” for a short period of time such as a weekend…

If you are open to trying something more extreme, Daniel Sieberg, author of The Digital Diet: The 4-Step Plan to Break Your Tech Addiction and Regain Balance in Your Life, suggests doing a full “digital detox,” where you spend an entire weekend with ZERO access to technology. Notify your loved ones in advance, power your devices off and stick them in a box or a bottom drawer, and ask a trusted friend to temporarily change your passwords to reduce temptation. After the detox, Sieberg suggests reintroducing technology slowly. He swears that a digital diet does wonders for reconnecting with the real world and improving relationships.

But for our society as a whole, there is no easy solution.  Technology is going to continue to become a greater part of our lives, and those that create content for our phones have a financial incentive to make it as addictive as possible.

And I haven’t even talked about the health problems that are being created by all of this technology.  In the video at the beginning of this article, that baby is literally being bombarded by radiation from that phone.  And soon the new 5G network will start rolling out nationwide, and that means that hundreds of thousands of new 5G antennas will be going up nationwide.  This new network is an entirely different ballgame from the old 4G network, and many are concerned about what all of this powerful radiation will do to all of us.  For much more on this, please see my previous article entitled “Why Are So Many Concerned About The Potential Health Dangers Of The 5G Cellphone Network That Is Going Up Nationwide?”

Unfortunately, we aren’t really supposed to talk about these things.

In fact, there is a federal law that actually states that local communities cannot consider health concerns when making a decision whether or not to put up cell phone antennas.

Yes, all of this new technology has improved our lives in some ways, but in other ways it has made our lives much worse.

But if anyone ever tried to take all of this technology away from the American people, the temper tantrum that would be thrown would be far, far worse than anything that a baby could muster.