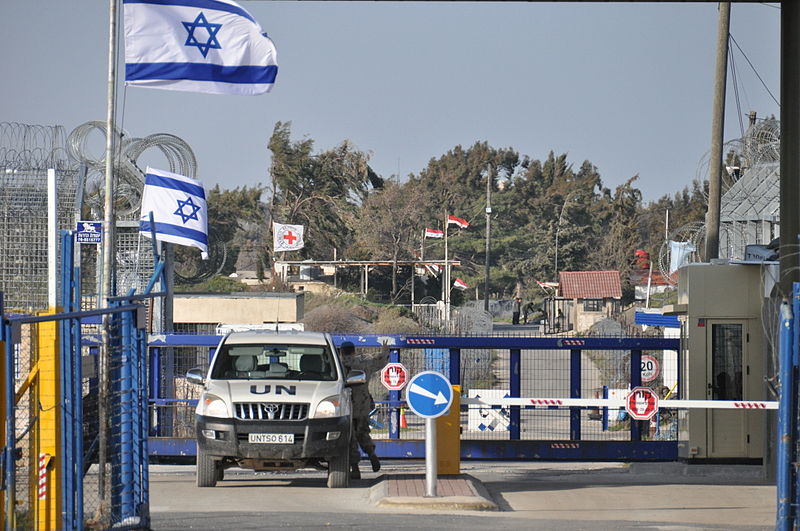 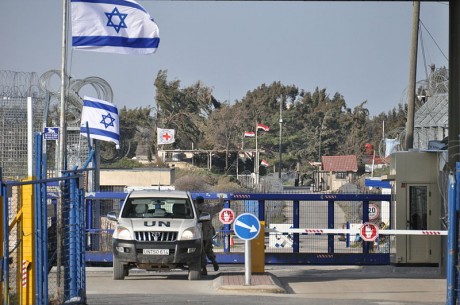 So once again the United Nations and the nation of Israel are directly at odds with one another, because the truth is that Israel is never going to leave the Golan Heights as long as Israeli Prime Minister Benjamin Netanyahu is in power.  The following comes from CNN…

Israel’s Prime Minister has declared that the Golan Heights will remain permanently under the country’s control, during Israel’s first Cabinet meeting held in the territory.

“The time has come for the international community to recognize reality, especially two basic facts,” said Benjamin Netanyahu during a Cabinet meeting Sunday.

“One, whatever is beyond the border, the boundary itself will not change. Two, after 50 years, the time has come for the international community to finally recognize that the Golan Heights will remain under Israel’s sovereignty permanently.”

Asking Israel to give the Golan Heights back to Syria is kind of like asking the United States to give Texas back to Mexico.

But thanks in large part to pressure from the Islamic world, the UN Security Council remains bound and determined to take that strategically important sliver of land away from Israel.

On Tuesday, the UN Security Council expressed “deep concern” that the Israeli government is claiming permanent sovereignty over the Golan Heights…

“Council members expressed their deep concern over recent Israeli statements about the Golan, and stressed that the status of the Golan remains unchanged,” China’s U.N. Ambassador Liu Jieyi, president of the 15-nation Security Council this month, told reporters after a closed-door meeting.

He added that council resolution 497 of 1981 made clear that Israel’s decision at the time to impose its laws, jurisdiction and administration in the Golan was “null and void and without international legal effect.”

Council statements are adopted by consensus, which means all its members, including Israel’s ally the United States, backed it.

Of course the Obama administration was definitely going to go along with this UN Security Council statement, because it has consistently proven to be the most anti-Israel administration in modern U.S. history.

Late last year, there was a lot of talk about a potential UN Security Council resolution which would have permanently divided the land of Israel and the city of Jerusalem and that would have set the parameters for a Palestinian state.  At that time, the Obama administration was not quite ready to pull the trigger.

However, now that the end of Obama’s second term is rapidly approaching, it appears that things have changed.  There has been a lot of talk in the mainstream media about how such a resolution is now “on the table”, and members of Congress were so alarmed that 388 of them sent a letter to Obama urging him not to do this.  The following comes from the Wall Street Journal…

Several hundred Democratic and Republican lawmakers are urging the White House not to back any resolution at the United Nations that sets parameters for Israeli-Palestinian talks, a move President Barack Obama has been considering.

In a letter to Mr. Obama, 388 members of the House, including Democratic leader Nancy Pelosi of California, said U.S. support for a U.N. Security Council resolution would “dangerously hinder” the prospects of resuming direct negotiations between the Israelis and Palestinians.

“We are deeply troubled by reports that one-sided initiatives may arise at the U.N. in the coming months concerning the Israeli-Palestinian conflict,” the letter says.

As you can see, even Nancy Pelosi is opposing Obama on this.

But will that stop him?

Meanwhile, top rabbis over in Israel are convinced that the arrival of the Messiah is imminent.  Two extremely prominent figures in the Jewish faith recently got together for a very important conversation, and this made headlines all over the world…

Rabbi Moshe Sternbuch,Vice-President of the Rabbinical Court and the Head of the Edah HaChareidis in Jerusalem, paid a rare visit to Rabbi Chaim Kanievsky at his home in Bnei Barak. They are two of the most prominent Torah figures alive today. Conversations between such great men have enormous significance and the Hebrew-language website Kikar Shabbat recorded the dialogue between these two great rabbis.

Much of their conversation centered on expectations regarding the coming of the Messiah.  As you can see, they clearly believe that it could happen at literally any time…

Rabbi Kanievsky said that troubles were to be expected. “It is the days before Messiah,” he explained.

Rabbi Sternbuch agreed. “In the End of Days, those who fear God will despair and their hands will loosen from fighting God’s war against the sinners, and there will be no one to rely upon except God,” he said, adding, “We have to bring the Messiah.”

Rabbi Kanievsky answered that the Messiah should be arriving in the very near future. He quoted the Talmud (Megillah 17b) again, saying, “In the year after shmittah the Son of David will come.”

The year after the Shemitah on the Jewish calendar ends this October, so until then messianic expectations will be running high in Israel.

But at the same time, a geopolitical drama is playing out on the world stage which may eventually result in a great war coming to the land.  If the UN Security Council does decide to pass a resolution permanently dividing the land, that is going to cause tensions in the region to go through the roof.

In the Bible, we are told that Israel will be playing a central role in the events of the last days, and this is definitely shaping up to be the case.  In a recent episode of our television show, my wife and I discussed this extensively.  Even though the land of Israel is only about the size of New Jersey, and even though only a tiny fraction of the global population lives there, the attention of the rest of the planet is constantly focused on it.

Unfortunately for the United States, the Obama administration has chosen a path that is radically anti-Israel, and that is going to end up having very serious implications for all of us.