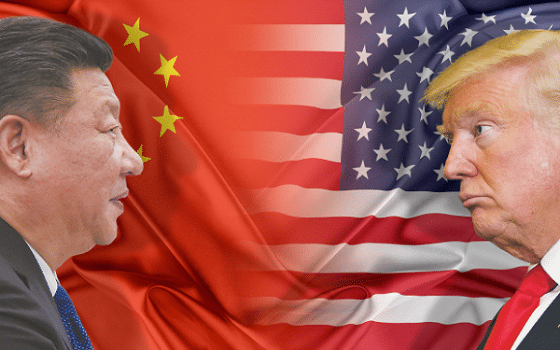 There is not going to be a trade deal between the United States and China any time soon, and that is going to mean a tremendous amount of pain for the U.S. economy.  For months, hope that the U.S. and China would soon reach a trade deal helped to elevate global financial markets, but now that hope has disappeared.  In order for a trade deal to happen, the two sides have to talk, and at this point no negotiations are scheduled.  And unless one side or the other decides that they are willing to move dramatically from their current positions, there really isn’t any reason to talk.  In fact, the Chinese government is openly saying that it is in “no rush” to negotiate with the United States…

Beijing is in “no rush” to resume trade talks between the U.S. and China, the according to the South China Morning Post.

After CNBC’s Kayla Tausche reported on Friday that trade talks between the U.S. and China have stalled, Chinese analysts said China is prepared to suspend meeting if President Donald Trump wasn’t “prepared to be realistic,” the Chinese newspaper said Saturday.

If Trump was willing to back way down and give the Chinese everything that they want, of course China would be more than happy to resume negotiations.

But that isn’t going to happen.  Instead, the Trump administration demonstrated their resolve by sailing a U.S. Navy vessel into disputed waters in the South China Sea on Sunday.  The following comes from Zero Hedge…

Once again risking a confrontation with the Chinese Navy (at a particularly sensitive time, given where we are with the trade war) the Navy carried out another “freeop” in the South China Sea over the weekend.

A US Navy Arleigh Burke-class destroyer sailed within 12 miles of a disputed shoal, ignoring Beijing’s repeated warnings to stay away.

On Sunday, the USS Preble, a destroyer armed with Tomahawk missiles, sailed along the Scarborough Shoal, directly challenging China’s disputed claim to the area.

Every time we send a warship into the South China Sea, it drives China up a wall, and the Trump administration understands this very well.

Such a move definitely “sends a message” to China, but it also makes a trade deal much less likely.

Subsequently, Chinese President Xi Jinping just happened to decide to tour a rare earth production facility on Monday.  Here is why that was so important…

As Bloomberg reported overnight, shares in JL MAG Rare-Earth surged by the daily limit on Monday after Xinhua said the Chinese president had stopped by the company in Jiangxi, a scripted move designed to telegraph what China could do next.

The reason for the dramatic market response is that the presidential visit flags policy priorities, and “rare earths have featured in the escalating trade spat between the U.S. and China.” Specifically, as Bloomberg notes, China raised tariffs to 25% from 10% on American imports, while the U.S. excluded rare earths from its own list of prospective tariffs on roughly $300 billion worth of Chinese goods to be targeted in the next wave of measures. And just in case the White House missed the message, Xi was accompanied on the trip to JL MAG by Liu He, the vice premier who has led the Chinese side in the trade negotiations.

Why does China have a clear advantage in this area? Simple: the U.S. relies on China, the dominant global supplier, for about 80% of its rare earths imports.

If the Chinese cut off our rare earth imports, we would be in a world of hurt, and the Chinese know it.

But even if things don’t escalate any further, this trade war is quickly going to become exceedingly painful.  According to a couple of recent studies, millions of U.S. jobs could soon be lost if this trade war is not resolved for an extended period of time…

About 2.1 million workers in aircraft manufacturing, beer brewing, tobacco and dozens of other industries stand to be affected by the trade war, according to an April study by the Brookings Institution. The impact would be evenly distributed between red and blue counties, Brookings found.

But a similar study by Axios last week found that Trump’s recent escalations could wind up affecting more than five times as many workers. The hardest hits will affect industries based in “rural, deeply red, already-struggling parts of the country,” including miners in Texas, furniture makers in North Carolina and sawmills in Alabama.

In addition, U.S. consumers are about to experience a significant case of sticker shock.  Major retailers all over the country are going to have to raise prices due to these new tariffs on China, and that is going to mean a lower standard of living for many Americans…

By now, it is likely no surprise to American families that tariffs raise the cost of living. Walmart said last week that new import duties would lead to higher prices on a wide variety of consumer goods newly targeted by the latest promised round of tariffs. Retail trade groups warn that higher prices will be the norm, as China provided about 41% of all apparel, 72% of all footwear and 84% of all travel goods imported into the United States in 2017. Given the likely timeline for this latest escalation, these price hikes should hit American parents just in time for back-to-school shopping.

And if this trade war lasts long enough, many retailers are going to have to close their doors completely.  The following comes from USA Today…

The trade war with China could cause prices to rise on everything from toys to clothing, but it also could lead to “widespread store closures,” according to a report by UBS.

The investment bank’s analysis said tariffs on Chinese imports could put $40 billion of sales and 12,000 stores at risk.

“The market is not realizing how much brick & mortar retail is incrementally struggling and how new 25% tariffs could force widespread store closures,” UBS analyst Jay Sole wrote in the report. “We think potential 25% tariffs on Chinese imports could accelerate pressure on these company’s profit margins to the point where major store closures become a real possibility.”

We are already on pace to absolutely shatter the all-time record for store closings in a single year, and this trade war could make our ongoing “retail apocalypse” much, much worse.

On top of everything else, analysts at Morgan Stanley are warning that a complete collapse of trade talks “would push the world economy toward recession”.  Of course the reality of the matter is that they have already collapsed and both sides are not pushing to schedule any more negotiations because there really isn’t anything to talk about.

So what this means is that things are about to get really hard, and it is time to prepare for an extended economic downturn.

The Chinese are desperately hoping that a Democrat can beat Trump in 2020 so that they will have someone more “reasonable” to deal with in the future.

Trump is going to continue to stand strong because he can’t afford to look weak on China with an election coming up, and the Chinese are not going to throw in the towel when they may only have to wait 18 months for Trump to be out of the picture.

So for now we have a trade war to deal with, and with each passing day it is going to become increasingly painful.