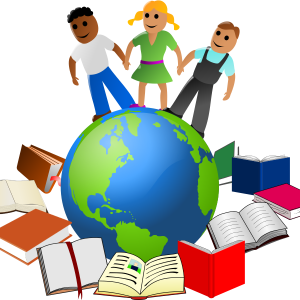 The former chief economist at the World Bank, Justin Yifu Lin, is advising the Chinese government that the time has come for a single global currency.  Lin, who is also a professor at Peking University, says that the U.S. dollar “is the root cause of global financial and economic crises” and that moving to a “global super-currency” will bring much needed stability to the global financial system.  And considering how recklessly the Federal Reserve has been pumping money into the global financial system and how recklessly the U.S. government has been going into debt, it is hard to argue with his logic.  Why would anyone want to trust the United States to continue to run things after how badly we have abused our position?  The United States has greatly benefited from having the de facto reserve currency of the planet for the past several decades, but now that era is coming to an end.  In fact, the central bank of China has already announced that it will no longer be stockpiling more U.S. dollars.  The rest of the world is getting tired of playing our game.  Our debt is wildly out of control and we are creating money as if there was no tomorrow.  As the rest of the world starts moving away from the U.S. dollar, global power is going to shift even more to the East, and that is going to have very serious consequences for ordinary Americans.

Sadly, most Americans don’t even realize what is happening.  These comments by a top adviser to the Chinese government should have made front page news all over the nation.  I had to go to China Daily to find the following excerpt…

The World Bank’s former chief economist wants to replace the US dollar with a single global super-currency, saying it will create a more stable global financial system.

“The dominance of the greenback is the root cause of global financial and economic crises,” Justin Yifu Lin told Bruegel, a Brussels-based policy-research think tank. “The solution to this is to replace the national currency with a global currency.”

Lin, now a professor at Peking University and a leading adviser to the Chinese government, said expanding the basket of major reserve currencies — the dollar, the euro, the Japanese yen and pound sterling — will not address the consequences of a financial crisis. Internationalizing the Chinese currency is not the answer, either, he said.

And this is not the first time that we have heard these kinds of comments coming out of China.  For example, Xinhua News Agency called for a “de-Americanized world” back on October 14th…

“It is perhaps a good time for the befuddled world to start considering building a de-Americanized world.”

Then in November, the central bank of China announced that it is going to stop stockpiling U.S. dollars.

Most Americans don’t want to hear this, but what we are witnessing is a massive shift in global power.  China is catching up to us in a multitude of ways, and they are getting tired of playing second fiddle to the United States.  In fact, China is already surpassing the U.S. in a number of key areas…

-China accounts for more global trade than anyone else in the world.

-China imports more oil from Saudi Arabia than anyone else in the world.

-China imports more oil overall than anyone else in the world.

-It is now being projected that Chinese GDP will surpass U.S. GDP in 2017.

When the rest of the world quits using U.S. dollars to trade with one another and quits lending our dollars back to us at ultra-low interest rates, things are going to start changing very rapidly.

In a previous article, I discussed why having the reserve currency of the world is so important to the United States…

The largest exporting nations such as Saudi Arabia (oil) and China (cheap plastic trinkets at Wal-Mart) end up with massive piles of U.S. dollars.

Instead of just sitting on all of that cash, these exporting nations often reinvest much of that cash into low risk securities that can be rapidly turned back into dollars if necessary.  For a very long time, U.S. Treasury bonds have been considered to be the perfect way to do this.  This has created tremendous demand for U.S. government debt and has helped keep interest rates super low.  So every year, massive amounts of money that gets sent out of the country ends up being loaned back to the U.S. Treasury at super low interest rates.

And it has been a very good thing for the U.S. economy that the federal government has been able to borrow money so cheaply, because the interest rate on 10 year U.S. Treasuries affects thousands upon thousands of other interest rates throughout our financial system.  For example, as the rate on 10 year U.S. Treasuries has risen in recent months, so have the rates on U.S. home mortgages.

Our entire way of life in the United States depends upon this game continuing.  We must have the rest of the world use our currency and loan it back to us at ultra low interest rates.  At this point we have painted ourselves into a corner by accumulating so much debt.  We simply cannot afford to have rates rise significantly.

As the rest of the globe moves away from the dollar, demand for the dollar is going to go down and that is going to cause a lot of inflation – especially for imported goods.  So the days of piling lots of cheap plastic stuff made in China into your shopping carts is coming to an end.

And as the rest of the globe moves away from U.S. debt, interest rates are going to go much higher than they are today.  Eventually, the U.S. government will be paying out more than a trillion dollars a year just in interest on the national debt and all loans throughout our entire financial system will have higher interest rates.  This is going to cause economic activity to slow down dramatically.

On the global economic stage, China is playing checkers and we are playing chess, and we are getting dangerously close to checkmate.

Meanwhile, China is also rapidly catching up to us militarily.

At a time when U.S. military spending is actually decreasing, China is spending money on the military aggressively.

In 2014, Chinese military spending will rise to $148 billion, which represents an increase of 6 percent over 2013.

The balance of power is shifting right in front of our eyes.

For example, at one time the U.S. Navy reigned supreme and the Chinese Navy was a joke.

But now that is rapidly changing.  The following is from an article posted on military.com…

The Chinese navy has 77 surface combatants, more than 60 submarines, 55 amphibious ships and about 85 missile-equipped small ships, according to the report first published by the U.S. Naval Institute. The report explains that more than 50 naval ships were “laid down, launched or commissioned” in 2013 and a similar number is planned for 2014.

Of particular concern is the growth of the Chinese submarine fleet.  The Chinese now have submarine launched ballistic missiles with a maximum range of about 4,000 miles…

ONI raised concerns about China’s fast-growing submarine force, to include the Jin-class ballistic nuclear submarines, which will likely commence deterrent patrols in 2014, according to the report. The expected operational deployment of the Jin SSBN “would mark China’s first credible at-sea-second-strike nuclear capability,” the report states.

The submarine would fire the JL-2 submarine launched ballistic missile, which has a range of 4,000 nautical miles and would “enable the Jin to strike Hawaii, Alaska and possibly western portions of CONUS [continental United States] from East Asian waters,” ONI assessed.

In addition, China is also working on “hypersonic glide vehicles” that can travel “at speeds of up to Mach 10 or 7,680 miles an hour”.  The following is an excerpt from a recent Washington Free Beacon article…

The Washington Free Beacon first disclosed China’s Jan. 9 flight test of a hypersonic glide vehicle that the Pentagon has called the WU-14.

The experimental weapon is a new strategic strike capability China’s military is developing that is designed to defeat U.S. missile defenses. China could use the vehicle for both nuclear and conventional precision strikes on targets, including aircraft carriers at sea.

U.S. officials said that, while the glide vehicle test was not an intelligence surprise, it showed China is moving much more rapidly than in the past in efforts to research, develop, and test advanced weaponry.

The world is changing, and the United States is not the only superpower anymore.  China is thriving and Russia is also on the rise.  Five years from now, the world is going to look far, far different than it does today.

Sadly, most Americans do not care about these things at all.  Most of them are much more concerned about the latest celebrity scandal or about what Justin Bieber has been doing.

In the end, most Americans will have no idea what is happening until it is far too late to do anything about it.