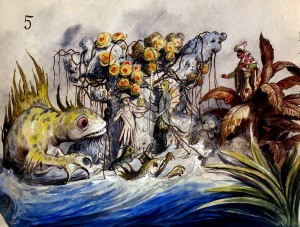 The greatest environmental threat that we are facing is genetic modification.  All over the globe, scientists are treating the fabric of life as if it was a playground where anything goes.  Behind closed doors, scientists all over the planet are creating some of the most freakish and most bizarre monsters that you could possible imagine, and very few people seem concerned about it.  But the truth is that messing with the building blocks of life is going to have some very serious consequences.  Scientists claim that they are making our crops stronger, more productive and less vulnerable to insects.  Scientists claim that they can alter our animals so that they are more “useful” to us.  Scientists claim that genetic modification is only going to “enhance” humanity.  But what if something goes seriously wrong?  For example, what if we learn that eating genetically modified food is really, really bad for us?  Well, at this point more than 70 percent of the processed foods sold in the United States contain at least one ingredient that has been genetically modified.  It would be kind of hard to go back now.  We have rushed ahead and have created hordes of freakish genetic monsters without ever seriously considering the consequences.  Someday, future generations may look back on us and wonder how we could have ever been so incredibly foolish.

We were promised that genetically modified crops would enable us to feed the world.  Well, the world is still starving, but we sure have seen super weeds, super pests and super diseases all develop as a result of genetic modification.

A recent article by George Dvorsky discussed how bollworms in China are now becoming resistant to the toxins grown inside Bt cotton….

As far as the real world mutated bollworms are concerned, they’re starting to take off in China. The researchers discovered that resistance-conferring mutations in cotton bollworm were three times more common in northern China than in areas of northwestern China where less Bt cotton has been grown.

A recent NPR article detailed how we are seeing something similar happen in the United States.  Rootworms are becoming resistant to the toxins grown inside Bt corn, and this is starting to cause major problems….

The scientists who called for caution now are saying “I told you so,” because there are signs that a new strain of resistant rootworms is emerging. In eastern Iowa, northwestern Illinois, and parts of Minnesota and Nebraska, rows of Bt corn have toppled over, their roots eaten by rootworms. Entomologist Aaron Gassmann at Iowa State University, who authored the PLoS One paper, collected insects from some of these fields and found many with a greater-than-expected ability to tolerate Bt.

Meanwhile, we are also now learning that Bt corn may not be quite as “safe” for humans as we had been promised.  The following is from a recent article by Dr. Mercola….

Last year, doctors at Sherbrooke University Hospital in Quebec found Bt-toxin in the blood of:

The study authors speculate that the Bt toxin was likely consumed in the normal diet of the Canadian middle class—which makes sense when you consider that genetically engineered corn is present in the vast majority of all processed foods and drinks in the form of high fructose corn syrup. They also suggest that the toxin may have come from eating meat from animals fed Bt corn, which most livestock raised in confined animal feeding operations (CAFO, or so-called “factory farms”) are.

These shocking results raise the frightening possibility that eating Bt corn might actually turn your intestinal flora into a sort of “living pesticide factory”… essentially manufacturing Bt-toxin from within your digestive system on a continuing basis.

If this hypothesis is correct, is it then also possible that the Bt-toxin might damage the integrity of your digestive tract in the same way it damages insects? Remember, the toxin actually ruptures the stomach of insects, causing them to die. The biotech industry has insisted that the Bt-toxin doesn’t bind or interact with the intestinal walls of mammals (which would include humans). But again, there are peer-reviewed published research showing that Bt-toxin does bind with mouse small intestines and with intestinal tissue from rhesus monkeys.

Are you sure that the food that you are eating is safe?

For much more on the dangers of eating genetically modified food, check out this article.

Turning Our Animals Into Monsters

Scientists all over the world seem to have no problem messing with our animals either.

Recently it was revealed that scientists in China have genetically modified 300 cows to produce milk that has many of the same qualities that human breast milk does.

So how did they do this?

Well, they inserted human genes into the cows.

So those cows are now essentially part human and part cow.

In a previous article, I detailed quite a few other examples of how they are turning our animals into genetic monsters….

-Scientists in Japan have created a genetically modified mouse that tweets like a bird.

-One U.S. corporation can now produce a very muscular “monster salmon” which can grow up to three times as fast as normal salmon do.

Scientists are even creating “spider goats” and fluorescent cats now.  And these are just the things that they are admitting to publicly.

Can you imagine what kind of bizarre monsters are being created in private?

Sadly, now even human babies are being genetically modified.  Recently it was reported that scientists have created babies that have three parents.  The following is from a recent Daily Mail article….

The world’s first geneticallymodified humans have been created, it was revealed last night.

The disclosure that 30 healthy babies were born after a series of experiments in the United States provoked another furious debate about ethics.

So far, two of the babies have been tested and have been found to contain genes from three ‘parents’.

Fifteen of the children were born in the past three years as a result of one experimental programme at the Institute for Reproductive Medicine and Science of St Barnabas in New Jersey.

The babies were born to women who had problems conceiving. Extra genes from a female donor were inserted into their eggs before they were fertilised in an attempt to enable them to conceive.

Genetic fingerprint tests on two one-year- old children confirm that they have inherited DNA from three adults –two women and one man.

The fact that the children have inherited the extra genes and incorporated them into their ‘germline’ means that they will, in turn, be able to pass them on to their own offspring.

The implications of this are staggering.

Will those babies be allowed to reproduce someday?

If so, that genetic material will get into the general population, and once that happens there will be no retrieving it.

But scientists are so excited that they are able to do some of these things that they never stop to ask whether they should be doing these things.

Scientists all over the globe have also been creating creatures that are part-human and part-animal in an attempt to find cures for various diseases.  In a previous article, I quoted a Daily Mail article which discussed the “human-animal hybrid embryos” that are secretly being created in British labs….

Who in the world decided that this would be a good idea?

This kind of mixing of animals and humans is even happening in the heartland of the United States.  The following is from an article posted on MSNBC a number of years ago entitled “Scientists Create Animals That Are Part-Human“….

What does being “part-human” mean?

Is there something fundamental that sets us apart from the animals?

If so, when is that line crossed?

It is absolutely amazing that more people are not upset about this stuff.

That same MSNBC article described some of the other things that scientists are doing with human genetic material….

Should science be able to do whatever it wants to with human DNA?

Are we absolutely certain that all of these bizarre experiments will never have any very serious unintended consequences?

Down in Missouri, scientists have been growing animals that are part pig and part human with the hope of being able to provide organs for human transplants.

If you ever need an organ transplant, you might want to check where the organ is coming from.  If you are not careful, doctors might implant an organ from a monster that is part-human and part-pig inside of you.

Another very disturbing scientific movement that is gaining a lot of momentum right now is transhumanism.  The idea is that humans can be greatly “enhanced” using computers, microchips, nanobots, “micro-machines“, genetic engineering and other cutting edge technologies.

By merging humans and technology, those promoting transhumanism believe that humans can become much stronger and much more intelligent.  They believe that aging, sickness, disease, disabilities, physical suffering and even death can eventually be totally eliminated.

But at some point would such “super humans” cease to be human?

And what would that mean for the rest of us?

These are very important questions.

Our world was created with incredible precision and with a natural balance between “the birds and the bees and the flowers and the trees”.  When we start messing with the basic building blocks of life, we open up “Pandora’s Box” and we might not like the consequences.

It is incredibly arrogant to think that we can turn our crops, our animals and even our babies into freakish genetic monsters and that everything will be just fine.

We are ripping nature to shreds and we are rapidly destroying the environment that has been entrusted to us.

In the end, I am afraid that we will pay a great price for our pride. 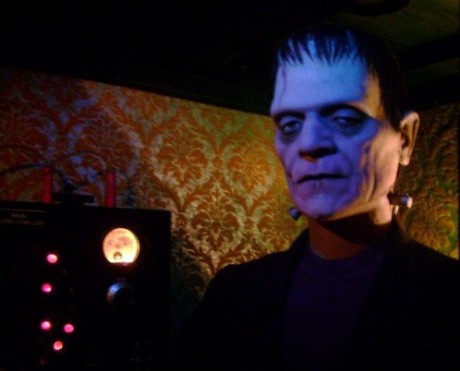