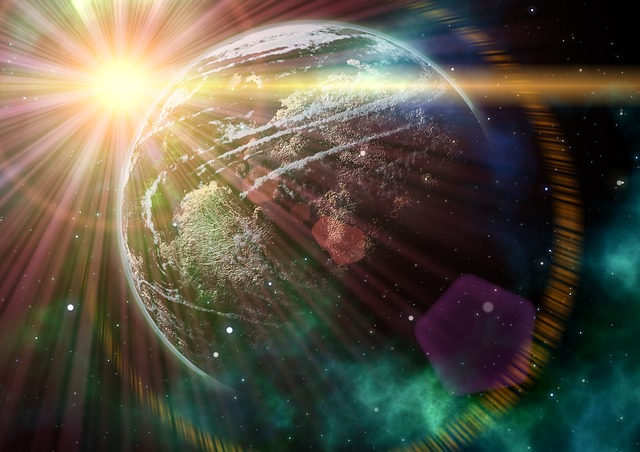 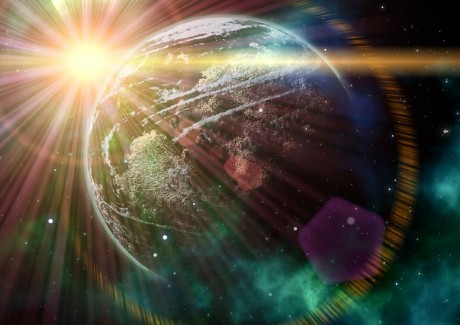 Did you know that scientists have come to the conclusion that “the universe is slowly dying”?  In fact, they have found that the universe is only producing about half as much energy as it once did, and they have also found that the level of energy is continuing to fade.  Not only that, our sun also appears to be dying.  Solar activity has slowed down to a level not seen for about 100 years, and scientists are not quite sure what to make of it.  Pretty much all scientists agree that the sun will die “one day”, but could it be possible that it is happening faster than any of them ever imagined?  In addition, in this article I will include information about how the human race itself is deteriorating.  There is a common misconception that humanity has been constantly improving and getting better, but scientists have discovered that the exact opposite is actually true.  So why is this happening?  Why is everything steadily decaying and deteriorating?

These are questions that our scientists don’t really have quality answers for.  But what they can see is that things are slowing down all around us.  Just this week, there were headlines in mainstream news sources all over the planet that were proclaiming that “the universe is dying”.  Here is one example…

The Universe is slowly dying, according to astronomers who have made a study of the fall in energy levels resulting from the fusion of matter taking place in the nuclear furnaces of the stars of more than 200,000 galaxies.

A wide-spectrum survey of the galaxies has revealed the precise levels of energy generated within an immense segment of space and found that it is only half of what it was 2bn years ago – and that it is continuing to fade.

The scientists involved in the study said that they used “as many space and ground-based telescopes we could get our hands on”, and the data that they were able to accumulate pointed to some pretty stunning conclusions…

“The universe has basically sat down on the sofa, pulled up a blanket and is about to nod off for an eternal doze,” said astronomer Simon Driver, who led the team.

Death does not mean the universe will go away. It will still be there, but its stars and all else that produces light and stellar fire will fizzle out.

“It will just grow old forever, slowly converting less and less mass into energy as billions of years pass by until eventually, it will become a cold, dark and desolate place, where all of the lights go out,” said astronomer Luke Davies.

What this tells us is that the universe was once a much more vibrant and active place.

At one time, far more energy was being produced than we are currently observing.

This also tells us that whatever process is happening once had a beginning and that it is heading toward an end.

Our sun has also been getting quieter.  The following is from a BBC article that was published last year…

Scientists don’t know what to make of the sun’s strange behavior, because according to them it is supposed to act quite predictably.

Could it be possible that we are moving into a period of time when the sun’s behavior will become quite erratic?

Is our sun in the very early stages of shutting down?

The Earth could be headed for a ‘mini ice age’ researchers have warned.

A new study claims to have cracked predicting solar cycles – and says that between 2020 and 2030 solar cycles will cancel each other out.

This, they say, will lead to a phenomenon known as the ‘Maunder minimum’ – which has previously been known as a mini ice age when it hit between 1646 and 1715, even causing London’s River Thames to freeze over.

Let’s certainly hope that study does not prove to be accurate, because it would likely mean widespread death and famine all over the planet in the not too distant future.

The human race itself is deteriorating as well.  To end this article, I would like to share with you an extended excerpt from one of my previous articles entitled “Scientists Discover Proof That Humanity Is Getting Dumber, Smaller And Weaker“.  As humans, it is our tendency to believe that we are somehow superior to all generations of humans that have ever come before us.  But the cold, hard scientific evidence actually shows that the exact opposite is true.  Compared to our ancient ancestors, our brains are smaller, our bodies are weaker and from generation to generation the number of errors in our DNA is rapidly growing.  There is a finite limit on the amount of time the human race will be able to survive just based on the pace that we are deteriorating.  Most people have never heard anything about this, and that is why such an extended excerpt from one of my previous articles is required.  I believe that many of you will find this extremely enlightening…

This kind of information comes as a shock to many people.  It is widely assumed by the general public that humanity is “progressing” and that we are better both physically and mentally than our predecessors were.  But that is not the case at all.  In fact, research conducted at Cambridge University shows that we are “weaker than we used to be” and that the most highly trained athletes of today “pale in comparison” to those that lived thousands of years ago…

‘Even our most highly trained athletes pale in comparison to these ancestors of ours,’ Dr Colin Shaw told Outside Magazine. ‘We’re certainly weaker than we used to be.’

It then compared the bones to that of Cambridge University students, and found the leg bones of male farmers 5,300 BC were just as good as those of highly-trained cross-country runners.

In addition, earlier research at Cambridge University showed that our bodies are “significantly smaller” than they were thousands of years ago and that our brains are also smaller…

An earlier study by Cambridge University found that mankind is shrinking in size significantly.

Experts say humans are past their peak and that modern-day people are 10 percent smaller and shorter than their hunter-gatherer ancestors.

And if that’s not depressing enough, our brains are also smaller.

The findings reverse perceived wisdom that humans have grown taller and larger, a belief which has grown from data on more recent physical development.

The decline, said scientists, has happened over the past 10,000 years. They blame agriculture, with restricted diets and urbanisation compromising health and leading to the spread of disease.

Most movies and television shows portray our ancestors as short, stupid, hunched-over people that could barely survive in a cold, cruel world.

But the hard science is revealing a very different picture to us.

As I mentioned above, the primary reason for our decline as a species is the systematic deterioration of our genes.  According to Dr. John Sanford of Cornell University, the author of Genetic Entropy & The Mystery of the Genome, each one of us already carries tens of thousands of harmful mutations, and each one of us will pass on at least 100 new mutations to future generations.  Many scientists believe that this will ultimately lead to something called “mutational meltdown”.  The following is an excerpt from a paper by Gerald H. McKibben and Everett C. McKibben…

Geneticists have long worried about the impact of mutations on the human population, and that at a rate of one deleterious mutation per person per generation, genetic deterioration would result. Earlier reports were based on estimates of mutation rates considerable lower than what we now know to be the case. Findings going back to 2002 show that the human mutation rate is at least 100 mistakes (misspellings) per person per generation. Some scientists believe the rate is closer to 300.

Even a rate of 100 has profound implications, and the mutation rate is itself increasing. Furthermore, most, if not all, mutations in the human genome must be deleterious.  “And nothing can reverse the damage that has been done during our own generation, even if further mutations could be stopped.”  It would appear that the process is an irreversible downward spiral that will end in “mutational meltdown”.

This is incredible stuff with absolutely staggering implications.  For much more on all of this, check out the video interview with Dr. Sanford that I have posted below…

Not only are our brains getting smaller, but humanity is also getting dumber.

This sounds strange to many people, especially considering the technological boom that we have seen in modern times, but it is actually true.  In fact, a Stanford University biology professor recently published two papers in which he expressed his conclusion that humans have been getting dumber for thousands of years…

Are humans becoming smarter or more stupid? Comparing our modern lives and technology with that of any preceding generation, one might think we are becoming increasingly smarter. But, in two papers published in Trends in Genetics, Gerald R. Crabtree of Stanford University claims that we are losing mental capacity and have been doing so for 2,000–6,000 years! The reason, Crabtree concludes, is due to genetic mutations—which are the backbone of neo-Darwinian evolution.

Professor Crabtree, like Dr. Sanford, is convinced that this loss of mental capacity is due to the accumulation of errors in our genes…

Based on data produced by the 1000 Genomes Project Consortium and two recent papers in Nature, Crabtree estimates in the first article that, in the past 3,000 years (approximately 120 generations), about 5,000 new mutations have occurred in the genes governing our intellectual ability. He claims most of these mutations will have no effect, while about 2–5 percent are deleterious and “a vanishingly small fraction will increase fitness.” Crabtree bases his conclusion that humankind is losing mental capacity on the ratio between the deleterious and the beneficial mutations.

And to be honest, we can see the loss of mental capacity all around us.