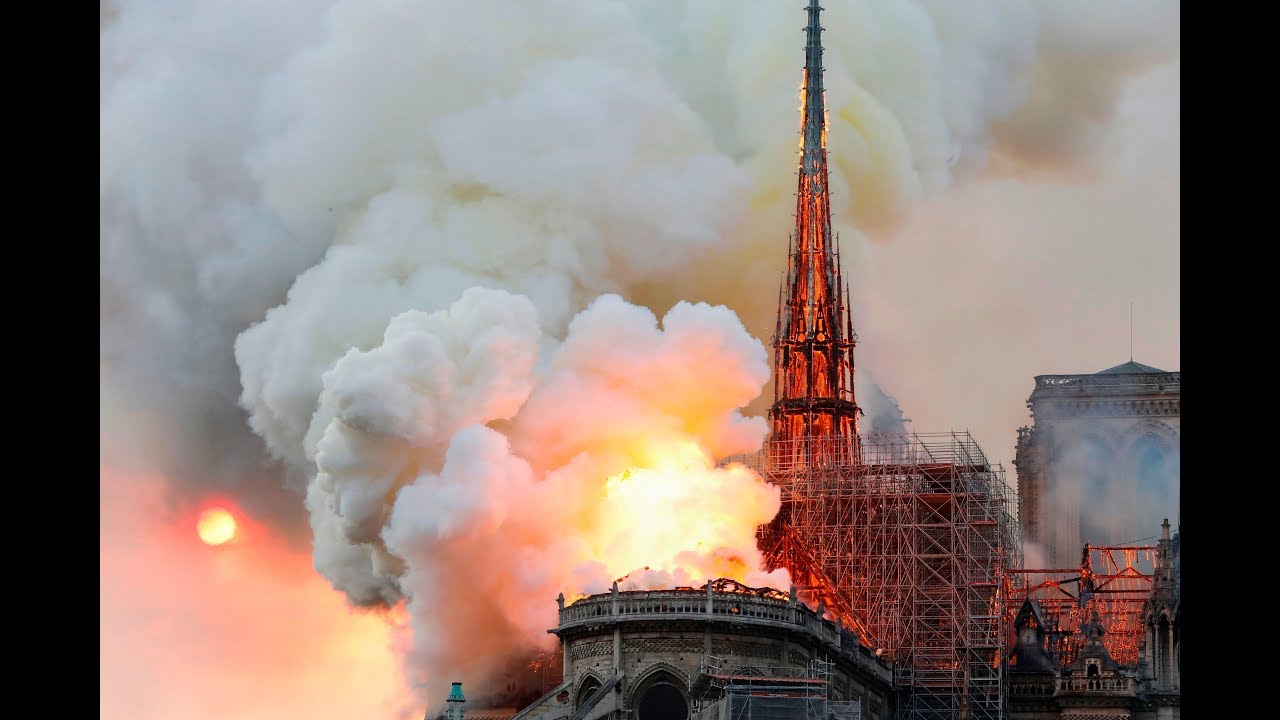 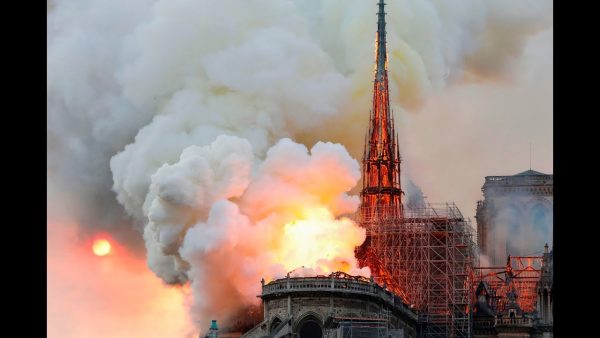 The entire world was absolutely shocked by the massive fire that engulfed the Notre Dame cathedral on Monday.  We are being told that the structure of the cathedral has been saved, but according to CNN the “entire wooden interior of Notre Dame Cathedral has been lost”.  Now that the initial shock of the fire has subsided, the Internet is buzzing with speculation about the origin of the fire.  In the end, there are only two options.  Either this was an accident, or someone intentionally started the fire.  And if the fire was intentionally started, obviously someone had a motive for doing so.

Time columnist Christopher J. Hale set off a firestorm of speculation when he tweeted that a friend who works at the cathedral told him “cathedral staff said the fire was intentionally set”…

Was he lying about what he had been told?

Coming from a professional journalist, that doesn’t seem likely.

Instead, it is much more likely that Hale quickly figured out that he said something that he wasn’t supposed to say.

A YouTube video that purportedly contains audio of Muslims celebrating the fire at the Notre Dame cathedral has also sparked a lot of speculation.  But at this point there doesn’t appear to be any way to verify the authenticity of the video.

But what we do know is that all of this comes at a time when churches all over France are being attacked.

On March 17th, the second largest church in France erupted in flames, and police later ruled that it was not an accident…

While Notre Dame is undoubtedly the most well-known landmark to be affected, Paris’ second largest church, Saint-Sulpice, briefly burst into flames on March 17, the fire damaging doors and stained glass windows on the building’s exterior. Police later reported that the incident had not been an accident.

Overall, a dozen Catholic churches were either set on fire or greatly vandalized during one seven day stretch last month…

A dozen Catholic churches have been desecrated across France over the period of one week in an egregious case of anti-Christian vandalism.

The recent spate of church profanations has puzzled both police and ecclesiastical leaders, who have mostly remained silent as the violations have spread up and down France.

Last Sunday, marauders set fire to the church of Saint-Sulpice — one of Paris’ largest and most important churches — shortly after the twelve-o’clock Mass.

And some of the vandalism that was reported during that seven day period was deeply, deeply disturbing…

In Nimes (department of the Gard), near the border with Spain, the church of Notre-Dame des Enfants was desecrated in a particularly odious way, with vandals painting a cross with human excrement, looting the main altar and the tabernacle, and stealing the consecrated hosts, which were discovered later among piles of garbage.

Likewise, the church of Notre-Dame in Dijon, in the east of the country, suffered the sacking of the high altar and the hosts were also taken from the tabernacle, scattered on the ground, and trampled.

Could it be possible that there is a connection between those attacks and the fire that just erupted at the Notre Dame cathedral?

That is a question that any decent investigator would be asking at this point.

We also know that anti-Christian and anti-Semitic attacks are on the rise in France.  Just check out these numbers…

Meanwhile in the same period, there were 1063 anti-Christian attacks, a slight increase on the previous year.

Needless to say, radical Islamists are responsible for most of the attacks against Christians and Jews, and the number of Muslims living in the Paris area has greatly increased in recent years…

According to reports, the number of Jews fleeing France for their safety has dramatically increased since 2000.

In one Paris suburb alone – Seine-Saint-Denis – 40 percent of the population is Muslim while 400,000 illegal immigrants also live there.

But in this politically-correct era, we aren’t supposed to talk about attacks against Christians, and this is especially true if those attacks are conducted by radical Islamists.

On Monday, even anchors at Fox News had apparently been instructed that any speculation about who started the Notre Dame cathedral fire must be immediately shut down.  These days there is very little difference between Fox News and the other major news networks, and that is very unfortunate.

On another note, I also find it very interesting that at one point on Monday a YouTube algorithm linked the fire at the Notre Dame cathedral with the 9/11 attacks…

A YouTube feature designed to combat misinformation offered some of its own during a major news event Monday: It linked the fire at the Notre Dame Cathedral to the September 11 terrorist attacks.

The company blamed the mixup on its algorithms. It removed the links on all Notre Dame fire posts after the issue was flagged.

In this day and age, the “spin” is often more important than the actual events themselves.

In the coming days, a tremendous effort will be made to get us to feel a certain way about the Notre Dame cathedral fire.

The Internet was one of the last bastions for global free speech, but now the heavy hand of censorship is descending, and our ability to freely discuss global events is eroding a little bit more with each passing day.