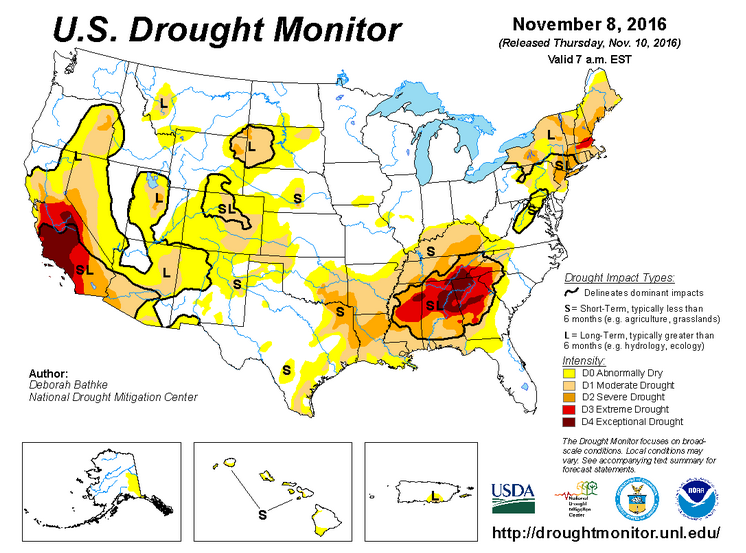 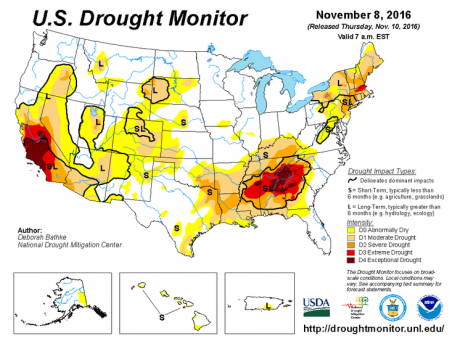 A record-setting drought has gripped the southern United States, but most people have no idea that this drought is the fulfillment of a prophecy that was given four years ago. Back in 2008, John Paul Jackson released a DVD entitled “The Perfect Storm” in which he detailed many of the prophetic events that God showed him would soon come to America. In 2012, he released a video update to “The Perfect Storm” that you can view on YouTube right here. In that update, he shared a list of future headlines that God had revealed to him over the years. Some of these headlines have already happened since that time, and now we are watching another be fulfilled right in front of our eyes.

In an article entitled “July’s Extreme Heat Breaks Records Across South“, weather.com detailed many of the high temperature records that have been broken in the South in recent months, but in this article I am going to focus on the crippling drought that is plaguing the region.

In addition to the headline above, John Paul Jackson was shown several other headlines regarding drought and famine coming to America…

“Drought Continues to Cause Prayer to Rise”

And of course John Paul Jackson is not the only one that has been shown that these things are coming to this nation.

I was also warned, by the appearing of the black horse and its rider, about famine. The angel said, “There will be a famine of food in your nation!” Not only this, but also the prices of food, particularly grains, will dramatically rise. We will see not only shortages and high prices, but I was shown significant starvation occurring during this time. Death followed this black horse!

Dr. Patricia Green correctly prophesied the election victories of Barack Obama and Donald Trump in advance, and she was also shown that famine is going to hit America…

“I’m instructing my children to begin to fill up their storehouses before the famine strikes just as I instructed Joseph while he was in Egypt.”

With those prophecies in mind, it is extremely alarming to see what is happening all across the southern portion of the United States right now. According to the U.S. Drought Monitor, most of the southern half of the country is experiencing some level of drought at this moment… 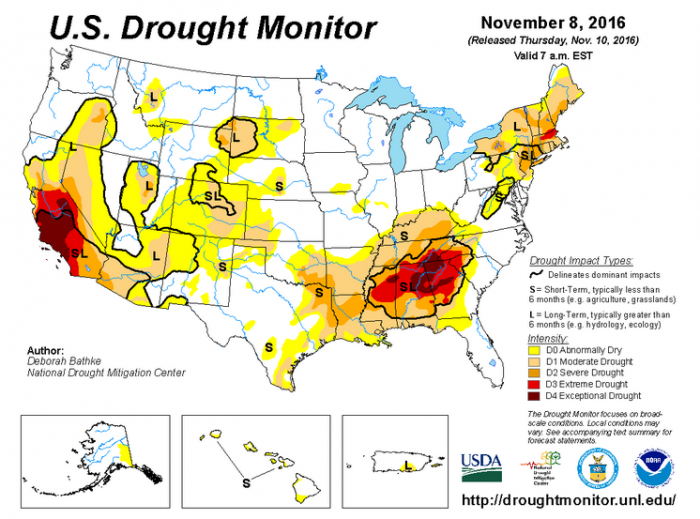 The drought in California has been raging for quite some time, but what has surprised the experts is how dry it has been in the Southeast lately. The following is from an EcoWatch article entitled “Record-Breaking Drought and Wildfires Plague Southeast“…

The atmospheric spigots have been turned off across most of the U.S. over the last several weeks. According to the weekly U.S. Drought Monitor report from Nov. 10, more than 27 percent of the contiguous U.S. has been enveloped by at least moderate drought (categories D1 through D4). This is the largest percentage value in more than a year, since late October 2015.

The upward trend of the last month is worrisome given the outlook for the coming winter: Drier-than-average conditions are projected by the National Oceanic and Atmospheric Administration across the southern half of the contiguous U.S., a frequent outcome during La Niña winters.

No measurable rain (at least .01 inches) has been tallied at Birmingham’s Shuttlesworth International Airport since Sept. 18, approaching a two-month-long dry streak, topping their previous longest dry streak on record – 52 straight days – from fall 1924.

Nine minutes of sprinkles Nov. 4 and another bout of sprinkles on Oct. 16 has been the entirety of Birmingham’s rainfall so far this fall.

And unfortunately, it appears that there is not going to be any substantial rain for the region any time soon…

There are no signs of any significant rainfall through the end of the month across the Southeast, AccuWeather Senior Meteorologist Henry Margusity said.

The region needs days and weeks of a steady, soaking rain to completely eliminate the drought.

“Things will only get worse before they get better,” Margusity explained.

Whenever conditions are this dry, it is inevitable that there will be wildfires.

Right now more than 100 major wildfires are raging across the Southeast, and some of the worst are in the mountains of North Carolina.

As you read this article, more than 1,000 firefighters are battling dozens of large wildfires in the North Carolina mountains. Governor Pat McCrory is referring to these fires as “California wildfires in North Carolina“, and he is not exaggerating one bit.

If what we are witnessing is truly the beginning of the fulfillment of what God showed John Paul Jackson, Terry Bennett and Patricia Green, then we should expect drought conditions to continue to intensify in the months ahead.

And as you can see above, they are saying that things will eventually get so bad that famine will strike America.

Most of us couldn’t imagine something like that ever happening in this nation. But these are men and women of God with very long track records. As I noted above, Dr. Patricia Green correctly prophesied the election victories by Barack Obama and Donald Trump in advance, and John Paul Jackson has a track record of correctly fulfilled prophecies that is exceedingly long.

As I end this article, I also want to remind everyone of what God showed Heidi Baker regarding the future of America not too long ago…

These days a lot of Americans have become complacent and are feeling pretty good about things.

But the events that are warned about in this article are coming, and I would encourage everyone to get prepared while they still can.