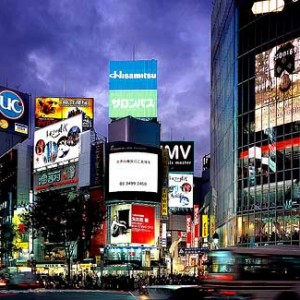 Most Americans pay very little attention to what is going on in the economies of other nations.  But they should.  The reality is that in today’s global economy, what is happening on the other side of the world can have a dramatic impact on the U.S. economy.  In particular, the ongoing implosion of Japan’s economy should greatly concern us all.  Japan is the 3rd biggest economy in the world and is one of America’s most important trading partners.  If Japan experiences a total economic collapse it will create a tsunami of financial panic around the globe.  In fact, it is likely that a default by the government of Japan would plunge the world into such an economic nightmare that the American Dream would quickly vanish for millions of American families.  So just how close is Japan to a financial collapse?  Well, Fitch Ratings says that Japan’s gross public debt has reached 201 percent of GDP and is likely to continue to pile up into very dangerous territory for the foreseeable future.  It is estimated that this gigantic mountain of debt amounts to 7.5 million yen for every person living in Japan.  Needless to say this is extremely troubling.  Japan has the highest level of public debt to GDP of any of the industrialized nations.  Japan is literally drowing in red ink.  Meanwhile, even with all of the massive government spending that has caused all of this debt, Japan’s economy still continues to implode at a frightening pace.  Japan’s discouraging battle with deflation dragged into its 13th straight month in March as prices continued to decline and the unemployment rate rose sharply.  In fact, the number of unemployed in Japan totalled 3.5 million in March.  This represented a 4.5 percent rise from the same period a year ago.

In an attempt to combat this economic lethargy, the Japanese government has tried to spend its way into prosperity despite plummeting tax revenues and soaring welfare costs.

But it isn’t working.

So the government of Japan has found itself caught in a spiral of borrowing ever-increasing amounts of money.

Hideo Kumano, the chief economist at Dai-ichi Life Research Institute, says that the only way that Japan can keep from going bankrupt is to keep borrowing more money….

“Japan’s revenue is roughly 37 trillion yen and debt is 44 trillion yen in fiscal 2010. Its debt to budget ratio is more than 50 percent.”

In fact, according to Kumano, if the government of Japan did not keep borrowing massive amounts of money, it “would go bankrupt by 2011.”

Fortunately, the financial implosion of Japan is not likely to happen that soon.

Well, for now they are able to borrow lots of money at very low rates.

Up to this point, the government of Japan has been able to borrow money at ultra-low rates of around 1.30 percent for 10-year bonds, drawing on a huge savings pool from its own citizens.

But that savings pool will not last indefinitely.

So what happens when the government of Japan has to start paying much higher interest rates for the money it borrows?

Well, when that happens things will get very messy for Japan very quickly.

In fact, there are already signs that the Japanese government is quickly moving into the danger zone.

In January, Standard & Poor’s warned that it might have to cut its rating on Japanese government bonds.

We have all seen what happened when Standard & Poor’s cut its rating on Greek debt, and Japan’s economy is much, much larger.

When a debt crisis does happen in Japan, it could happen very, very quickly.

According to Kumano, there will likely come a “tipping point” when world markets will recognize that the government of Japan simply cannot afford to finance its debt any longer….

“It’s hard to predict when the bond market might collapse, but it would happen when the market judges that Japan’s ability to finance its debt is not sustainable anymore.”

When you start to see world headlines about a debt crisis in Japan, hold on to your hats, because that could be the start of something really, really bad for the world economy.

Let us hope that it is not something that will unfold any time soon, but the truth is that many economists now consider the financial collapse of Japan to be inevitable.  Now may be a good time to look over your portfolio and start preparing for the worst. 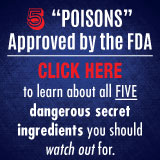