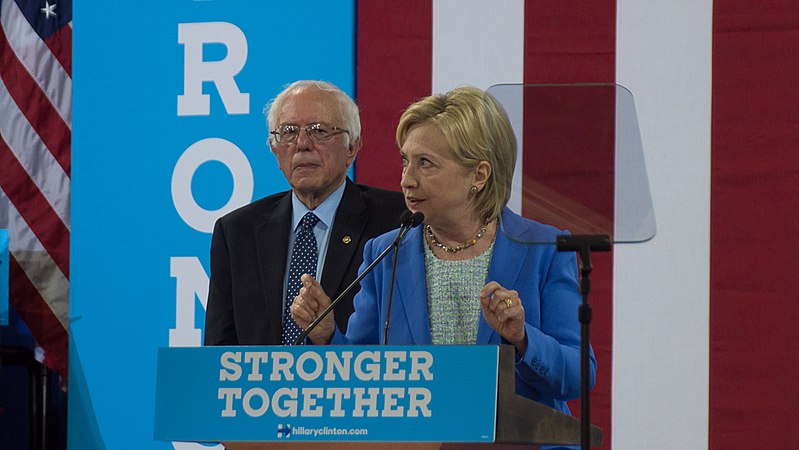 Yes, Hillary Clinton really did steal the Democratic nomination from Bernie Sanders, but most people have absolutely no idea how she actually did it.  In the end, it was all about the money.  A secret joint fundraising agreement that was made between the Democratic National Committee, the Hillary Victory Fund, and Hillary for America gave the Clinton campaign full control of the Democratic Party nearly a year before she officially won the nomination.  Normally, a presidential candidate for a major party would only be permitted to take full control once the nomination had been secured.  But in Hillary’s case, her campaign had a stranglehold over the Democratic National Committee virtually the entire time she was engaged in a heated battle with Bernie Sanders for the Democratic nomination.

In her new book entitled Hacks: The Inside Story of the Break-ins and Breakdowns that Put Donald Trump in the White House, Donna Brazile gives us the inside scoop about what really happened inside the DNC during this time period.  When she first took over the DNC, she actually had no idea of what had transpired, and when she finally discovered the truth it absolutely horrified her.  On Thursday, Politico published an excerpt from Brazile’s new book in an article entitled “Inside Hillary Clinton’s Secret Takeover of the DNC”…

I had promised Bernie when I took the helm of the Democratic National Committee after the convention that I would get to the bottom of whether Hillary Clinton’s team had rigged the nomination process, as a cache of emails stolen by Russian hackers and posted online had suggested. I’d had my suspicions from the moment I walked in the door of the DNC a month or so earlier, based on the leaked emails. But who knew if some of them might have been forged? I needed to have solid proof, and so did Bernie.

Brazile ultimately found the proof that she was looking for by following the money.  The Democratic National Committee has been in terrible financial shape for years, and by the time Brazile took over it had become completely and utterly dependent on the Clinton campaign for financial support.  Here is more from her new book…

The campaign had the DNC on life support, giving it money every month to meet its basic expenses, while the campaign was using the party as a fund-raising clearinghouse. Under FEC law, an individual can contribute a maximum of $2,700 directly to a presidential campaign. But the limits are much higher for contributions to state parties and a party’s national committee.

Individuals who had maxed out their $2,700 contribution limit to the campaign could write an additional check for $353,400 to the Hillary Victory Fund—that figure represented $10,000 to each of the 32 states’ parties who were part of the Victory Fund agreement—$320,000—and $33,400 to the DNC. The money would be deposited in the states first, and transferred to the DNC shortly after that. Money in the battleground states usually stayed in that state, but all the other states funneled that money directly to the DNC, which quickly transferred the money to Brooklyn.

But this dependence on the Clinton campaign did not begin once she had won the nomination.

Actually, it started all the way back in August 2015, which was just four short months after Hillary Clinton originally announced that she would be running for president.

Brazile was able to find the joint fundraising agreement that had begun this arrangement, and it is the “smoking gun” which proves that Bernie Sanders never had a fair shot at winning the nomination…

When I got back from a vacation in Martha’s Vineyard, I at last found the document that described it all: the Joint Fund-Raising Agreement between the DNC, the Hillary Victory Fund, and Hillary for America.

The agreement—signed by Amy Dacey, the former CEO of the DNC, and Robby Mook with a copy to Marc Elias—specified that in exchange for raising money and investing in the DNC, Hillary would control the party’s finances, strategy, and all the money raised. Her campaign had the right of refusal of who would be the party communications director, and it would make final decisions on all the other staff. The DNC also was required to consult with the campaign about all other staffing, budgeting, data, analytics, and mailings.

How in the world was Bernie Sanders supposed to have a fair chance if Hillary was in full control of “the party’s finances, strategy, and all the money raised”?

The mainstream media has spent months trying to prove that President Trump colluded with the Russians and they haven’t come up with anything.

And yet now we have smoking gun evidence that Hillary Clinton actually did collude with the DNC to cheat Bernie Sanders out of a fair shot at the Democratic nomination, and the big media outlets so far are not making a big deal out of it.

Sadly, most Americans have just become resigned to the fact that our political system has become a cesspool of filth and corruption.  Most of us simply accept that it has always been this way and that things will never change.

Well, I happen to believe that things can change if we are willing to fight back.  The election of Donald Trump showed us that anything is possible, and we need a new generation of leaders that are willing to go to Washington and drain the swamp.

We cannot let Hillary Clinton off the hook, and so please share this article as widely as possible.  Just because she lost the election does not mean that we should forget about her crimes.  We tend to get on members of Congress for doing this, but it is our responsibility as well.

It has been said that “eternal vigilance is the price of liberty”, and if we want to take our country back we have to hold corrupt leaders such as Hillary Clinton accountable.  Because if we don’t shine a light on this kind of corruption, it will just keep on happening…