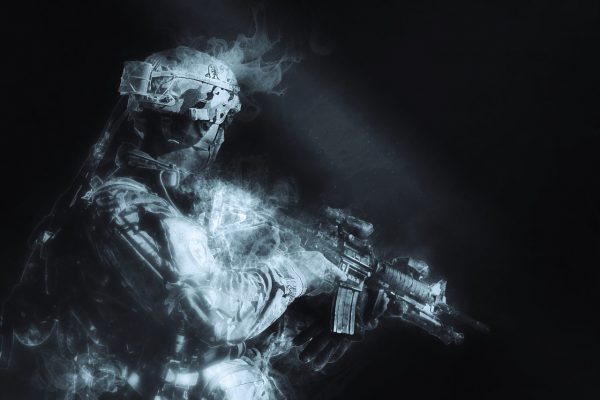 A couple decades ago, the U.S. military was an unparalleled fighting machine.  Both Russia and China seemed hopelessly behind, and nobody dared to challenge America’s military superiority.  Everyone else was battling for second place in the pecking order, and they knew it.  But since that time, Russia and China have engaged in extremely aggressive modernization programs, while the U.S. military has chosen to focus on becoming more “diverse” and “inclusive”.  As a result, the balance of power has changed dramatically. (Read More...)

Did you ever imagine that you would see the day when police are being called out to protect trucks that are unloading shipments of toilet paper?  Well, in California this is actually happening.  At the Costco in Santa Maria, California police were seen guarding a truck as it unloaded a shipment of toilet paper on Saturday.  Thanks to the tremendous fear that the coronavirus pandemic is creating, toilet paper has become one of the hottest commodities in America all of a sudden.  Many retailers have already started to limit the amount of toilet paper that each customer can purchase, and shortages are becoming increasingly common. (Read More...)

Is the United States on the verge of a complete and total “lockdown” like we have already seen in China, Italy and elsewhere?  As you will see below, the Trump administration has repeatedly brought up the possibility of “domestic travel restrictions”, and that means that this is something that is very seriously being considered.  The first step may be simply banning all non-essential domestic air travel, and that would be a major inconvenience for many Americans.  But beyond that, there is the possibility that we could see restrictions on all travel between states or even draconian restrictions on going out in public at all like we have already seen in China and Italy.  If we get to that point, where you are at that moment is where you will be staying, and I will be sharing more about this below. (Read More...)

The COVID-19 pandemic continues to explode all over the globe, and authorities are warning that it is going to continue to get worse.  The number of confirmed cases outside of China roughly tripled once again this week, and if this outbreak continues to escalate at this pace there will be more than a million confirmed cases in less than a month.  But as bad as the official numbers are, the truth is that there are a whole lot more people walking around out there that have caught the virus but have not been tested.  In fact, a medical professor at Johns Hopkins University named Marty Makary believes that there are “probably 25 to 50 people who have the virus for every one person who is confirmed”… (Read More...)

Do more than 100,000 people in the state of Ohio already have the coronavirus?  As you will see below, that is what the top health official in the state believes.  It has become exceedingly clear that COVID-19 is spreading like wildfire all across the country, but because of the very limited testing that is taking place the official count of confirmed U.S. cases is still very low.  Even though South Korea has managed to test more than 140,000 of their citizens, the U.S. has still only been able to test about 10,000 people, and that is making our numbers appear far better than they should.  At this moment, there are still less than 2,000 confirmed cases in the United States, but that number will undoubtedly go much higher once testing starts ramping up. (Read More...)

Since the end of World War II, have we ever seen the entire globe gripped by so much fear?  This week, the number of confirmed coronavirus cases in the U.S. and Europe has absolutely exploded, and authorities all over the western world are rushing to shut down public gatherings of all kinds.  The NCAA has banned fans from upcoming tournament games, the NBA just suspended the entire season because a Utah Jazz player tested positive, and dozens of other sporting events have been canceled all over the planet.  In both the U.S. and Europe, schools are being shut down for weeks, some universities are telling their students not to come back for the rest of the semester, and a whole host of concerts, conferences, festivals and religious gatherings are either being postponed or canceled altogether.  We have never seen anything like this before, and the implications are staggering. (Read More...)