Right now, top conservatives such as Glenn Beck, Ted Cruz, Rand Paul, Sarah Palin, Sean Hannity, Rush Limbaugh and Matt Drudge are all trying to warn us about the foolishness of the Obama administration’s rush to go to war with Syria.  Many prominent conservatives are absolutely disgusted that the U.S. military would be fighting on the side of al-Qaeda if we intervene in Syria, and some of them are even warning that striking Syria could lead to World War III.  Over the past couple of decades, conservatives have generally been the most eager to support going to war, but this time is very different.  This time, many of the most well-known conservatives are urging us to stay out of Syria.  The following are 12 quotes from some of the top conservative voices in the country about the upcoming war in Syria that should send a chill down your spine…

“This is World War III in the making.”

“Of nine major rebel groups, seven of them may well have some significant ties to Al Qaeda. And if Assad is toppled and replaced by a radical Islamist regime, what would be truly dangerous for the United States–for our allies like Israel and Jordan–is for a radical Islamist government to seize control of [the] chemical weapons and to deploy them, against us or our allies.”

“I think the war may escalate out of control. And then we have to ask ourselves who is on America’s side over there? If the rebels win, will they be American allies?”

“We have no clear mission in Syria. There’s no explanation of what vital American interests are at stake there today amidst yet another centuries-old internal struggle between violent radical Islamists and a murderous dictatorial regime, and we have no business getting involved anywhere without one. And where’s the legal consent of the people’s representatives? Our allies in Britain have already spoken. They just said no. The American people overwhelmingly agree, and the wisdom of the people must be heeded.”

We are told Obama intends to hit Syria with cruise missiles for just a few days to punish Assad and deter any future use of gas, not to topple his regime. After a few hundred missiles and a thousand dead Syrians, presumably, we call it off.

Excuse me, but as Casey Stengel said, “Can’t anybody here play this game?”

Nations that start wars and attack countries, as Gen. Tojo and Adm. Yamamoto can testify, do not get to decide how wide the war gets, how long it goes on or how it ends.

If the United States attacks Damascus and Syria’s command and control, under the rules of war Syria would be within its rights to strike Washington, the Pentagon and U.S. bases all across the Middle East.

“Risking a confrontation with Russia and possibly China is quite frightening and would become one of the most serious moments in U.S. history.”

“You can almost see this precipitating it, if in fact the U.S. strikes and Iran gets involved and Syria gets involved, and you’re going to see countries very quickly go down the middle and start taking sides. It has the potential to powder keg.”

“Nobody, nobody can claim that Syria is about to drop one [a bomb] on the U.S.”

Rush Limbaugh today raised the possibility that Syrian rebels were responsible for using chemical weapons on their own people – not President Bashar al-Assad.

Limbaugh said he based the theory on emails he received from friends over the weekend, both of whom “have lived in the Middle East” and “claim to know Bashar.”

Limbaugh told listeners he was prepared to brush his friends’ opinions aside until he read an article by Yossef Bodansky, former director of the Congressional Task Force on Terrorism and Unconventional Warfare, which claims that the chemical weapons attack was carried out by al Qaida terrorists posing as Syrian rebels – and that the U.S. may have had foreknowledge of the attack.

“There is a growing volume of new evidence from numerous sources in the Middle East – mostly affiliated with the Syrian opposition and its sponsors and supporters – which makes a very strong case, based on solid circumstantial evidence, that the Aug. 21 chemical strike in the Damascus suburbs was indeed a premeditated provocation by the Syrian opposition.

“The extent of U.S. foreknowledge of this provocation needs further investigation because available data puts the ‘horror’ of the Barack Obama White House in a different and disturbing light.”

In other words, Limbaugh explained, “Al Qaida was setting off chemical weapons on their own people … to create the situation where we take Bashir out for them because they can’t do it themselves.”

“If Bodansky’s claims are correct, they will make Gavlak’s story pale in comparison. It will also mean that Barack Obama and any member of Congress who votes to attack Syria will be complicit in war crimes.”

“Why would anyone vote Republican?” Drudge tweeted. “Please give reason. Raised taxes; marching us off to war again; approved more NSA snooping. WHO ARE THEY?!”

The tweet came after another that was also critical of the GOP. “It’s now Authoritarian vs. Libertarian,” Drudge wrote. “Since Democrats vs. Republicans has been obliterated, no real difference between parties.”

Speaking of Drudge, the Drudge report just conducted a poll about war with Syria that received more than half a million responses.  It asked the following question…

GIVE OBAMA AUTHORITY TO CONDUCT MILITARY OPERATION IN SYRIA?

The results were absolutely jaw-dropping…

Nearly six in 10 Americans are opposed to using military action as a response to the Syrian government’s use of chemical weapons in the nation’s bloody civil war, according to a Washington Post/ABC News poll released Tuesday. A Pew Research Center poll, also released Tuesday afternoon, found that 48% of adults are against military strikes while 29% say they are in favor.

So you would think that deciding what to do should be a slam dunk for the Republican leadership in Congress, right?

Not that Obama is going to listen to Congress anyway.  In fact, over the weekend Secretary of State John Kerry repeatedly stated that Obama can strike Syria no matter what Congress decides…

On three national television programs on Sunday, Secretary of State John Kerry repeated an argument President Barack Obama had made on Saturday when Obama announced that he wanted Congress to authorize him to use military force in Syria.

The president does not need authorization from Congress to initiate acts of war, Kerry said.

“He has the right to do that no matter what Congress does,” Kerry said on CNN’s “State of the Union. “That is his right and he asserted that in his comments yesterday.”

Fortunately, some Americans are choosing to stand up and be heard.  For example, former anti-war protestor John Kerry is finally getting a taste of his own medicine for once…

In the aftermath of Secretary of State John Kerry making a forceful case on Friday for U.S. military intervention in Syria, protesters assembled outside his townhouse on Beacon Hill.

Yes, the Vietnam veteran who became a leading anti-war activist after serving is now advocating for war.

According to Twitter users, as Twitchy reported, protesters pounded on Kerry’s front door and windows, but he wasn’t home. Of course, past precedent tells us if there is a crisis at hand, Kerry’s likely to be found aboard his 76-foot yacht, the “Isabel.”

In the end, the upcoming war with Syria is going to deeply affect all of us.

What the American people want is exceedingly clear.  Barack Obama and the U.S. Congress should listen to us.

Unfortunately, they have made it very clear that they don’t care what we think, and we are all going to end up paying the price for their foolishness. 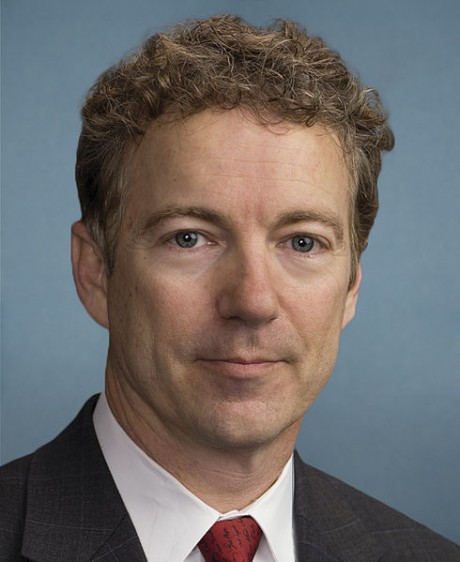