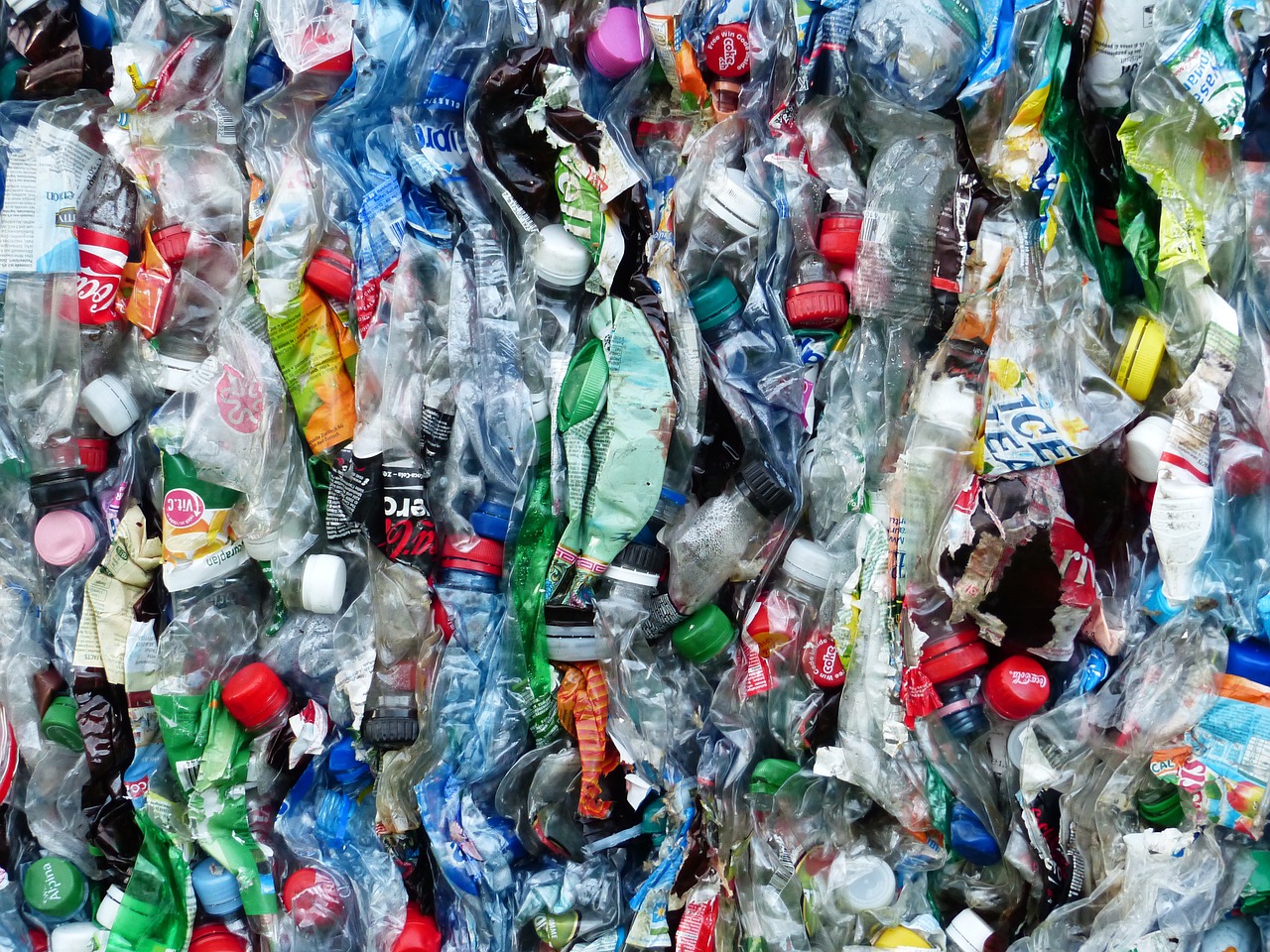 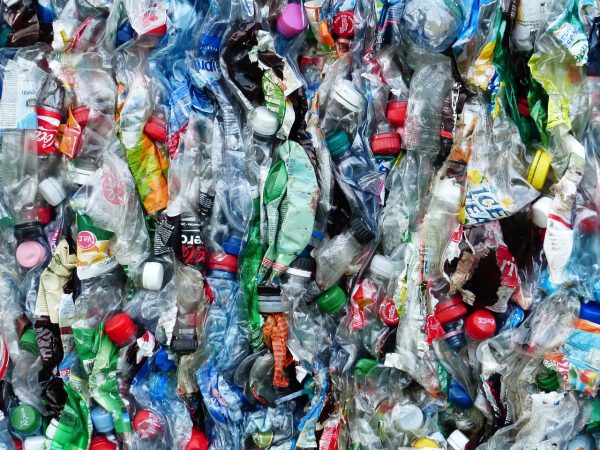 History will look back on us as “the crazy plastic people”.  We produce approximately 400 million tons of plastic each year, and a great deal of that plastic ends up being discarded in various ways.  Over time, the discarded plastic breaks down into smaller and smaller pieces.  Once they get small enough, the little bits of plastic become “microplastics”, and today our planet is being polluted by trillions upon trillions of these “microplastics” and the problem becomes worse every year.  Total global plastic production is rising at an exponential rate, and that means that the crisis that I am going to describe in this article will continue to get exponentially more severe.

At this point, microplastics are literally everywhere.

In fact, researchers have found microplastics “everywhere they have looked”…

Richard Thompson, a marine ecologist at the University of Plymouth, UK, coined the term in 2004 to describe plastic particles smaller than 5 millimetres across, after his team found them on British beaches. Scientists have since seen microplastics everywhere they have looked: in deep oceans; in Arctic snow and Antarctic ice; in shellfish, table salt, drinking water and beer; and drifting in the air or falling with rain over mountains and cities.

One study discovered that 40 percent of the dust in our homes is now made up of microplastics, and even the rain that falls from the sky is absolutely teeming with microplastics…

A new study estimates that more than 1,000 tons of microplastics from the air – equivalent to more than 123 million plastic water bottles – rain down onto protected areas in the western U.S. each year.

The discovery of the microplastics was a surprise. A research team was analyzing rainwater samples from national parks and wilderness areas across Colorado, as part of a pilot study on a new type of field equipment. They were shocked to find that the samples contained microplastics – plastic fragments less than 5 mm (.2 inch) in length – including a rainbow of plastic fibers, as well as beads and shards.

There is no escape from these tiny bits of plastic.

No matter where you get your water from there will be microplastics in it, and this is true all over the globe…

What is not filtered out in treatment plants flows into streams, lakes and even wells that farmers use to irrigate fruits and vegetables. Studies show up to 28 microplastics in every cubic meter of water in Vietnam’s rivers and lakes, which is in the low range when compared to waterways in Indonesia, Philippines and China. In the United States, up to 15 particles of microplastics per liter were even found in well water in central Illinois.

The soil beneath our feet is also being increasingly saturated with microplastics, and the UN is warning that the future looks “bleak” for global agriculture if this continues…

Global soils are the source of all life on land but their future looks “bleak” without action to halt degradation, according to the authors of a UN report.

A quarter of all the animal species on Earth live beneath our feet and provide the nutrients for all food.

We are highly dependent on a whole host of creatures that live in the soil, and scientists have found that microplastics cause “significant damage” to those creatures…

Microplastic pollution causes significant damage to populations of soil-dwelling mites, larvae and other tiny creatures that maintain the fertility of the land, research has found.

The study notes that discarded bags, cups, threads and other forms of plastic waste are concentrated more in the earth than the oceans, with similarly dire consequences for the abundance of species that live below the surface.

Mites, roundworms, springtails and other forms of microarthropod and nematode are barely visible to the human eye, but they play an essential role in recycling carbon and nitrogen and breaking down organic matter into a form that bacteria can consume.

They found that exposure to plastics resulted in reduced weight, height, chlorophyll content, and root growth of Arabidopsis thaliana, a relative of cabbage and broccoli. In this study, the researchers used nanoplastics, which are plastic pieces that are less than 100 nanometers in size. For scale, the novel coronavirus measures 60 to 140 nanometers.

The full impact of microplastics contamination in agricultural soils, particularly as concentrations increase with time, is unknown. However, studies have shown that microplastics possess physical and chemical characteristics that have the potential to alter soil bulk density, microbial communities, water holding capacity, and other properties that influence plant development.

Even though there is such a high concentration of microplastics in our soil, we have still been able to grow enough food most years.

But as our soil becomes even more saturated with microplastics, it is going to become increasingly difficult to do so.

On the path that we are on, global famine is inevitable.

And the vast majority of the food that we eat today actually contains high levels of microplastics.  Needless to say, this is not good for our health…

As much as the idea might be unpalatable, all of our diets are now likely to include tiny servings of plastic.

The places where microplastics and plastic fibres have been found is beginning to read like a supermarket shopping list.

Dunzhu Li used to microwave his lunch each day in a plastic container. But Li, an environmental engineer, stopped when he and his colleagues made a disturbing discovery: plastic food containers shed huge numbers of tiny specks — called microplastics — into hot water. “We were shocked,” Li says. Kettles and baby bottles also shed microplastics, Li and other researchers, at Trinity College Dublin, reported last October1. If parents prepare baby formula by shaking it up in hot water inside a plastic bottle, their infant might end up swallowing more than one million microplastic particles each day, the team calculated.

Over the past few years, scientists have started to study how microplastics affect human health, and what they have discovered is quite alarming…

One study has found that microplastics can latch onto the outer membranes of red blood cells and limit their ability to transport oxygen. In 2022, scientists also discovered that microplastics could breach the blood-brain barrier in mice and negatively impact the microglial cells in the brain.

Now, a first-of-its kind study published in the Journal of Hazardous Materials found that microplastics can result in cell death at “environmentally-relevant” levels.

“This is the first-time scientists have attempted to quantify the effects of the levels of microplastics on human cells using a statistical analysis of the available published studies,” lead author and Ph.D. student at Hull York Medical School Evangelos Danopoulos said in a University of York press release. “What we have found is that in toxicology tests, we are seeing reactions including cell death and allergic reactions as potential effects of ingesting or inhaling high levels of microplastics.”

I know that I have covered an enormous amount of material very rapidly in this article.

But this is important.

If you get too much plastic in your system, you will die.

In fact, we are being told that this crisis will continue to intensify even if “all plastic production were magically stopped tomorrow”…

One thing is clear: the problem will only grow. Almost 400 million tonnes of plastics are produced each year, a mass projected to more than double by 2050. Even if all plastic production were magically stopped tomorrow, existing plastics in landfills and the environment — a mass estimated at around 5 billion tonnes — would continue degrading into tiny fragments that are impossible to collect or clean up, constantly raising microplastic levels. Koelmans calls this a “plastic time bomb”.

This could be the most important environmental crisis that humanity is facing.

But hardly anyone is talking about it.

We literally are committing “suicide by plastic”, and there are no easy solutions.

What are we going to do?  Get everyone to suddenly stop using all plastic?

Good luck with that.

The truth is that the clock is ticking for humanity, and time is quickly running out.

In this article, I have detailed yet another extremely serious existential threat to humanity that should not be ignored.

Unfortunately, most people have their heads stuck squarely in the sand, and they like it that way.