If someone came up to you and asked you what you own, what would you say?  It may seem like an obvious question, but it is actually a lot more complicated than you might think.  We live in a very materialistic society.  In fact, a large percentage of Americans today define their lives by what they “own”, and a large percentage of Americans consider “living the American Dream” to be about accumulating a house, several cars and a massive pile of possessions.  But what does it mean to “own” something anyway?  Does it mean to have something in your possession?  Well, if that was the case then someone leasing a car for three years could be considered the owner.  But that obviously is not the case.  Does “owning” something mean that nobody can legally take that thing away from you?  Well, if that is the case then perhaps we all “own” a lot less than we think we do.

Maybe you think that you own your house.  But do you?  What does it mean to own a house?  Millions of young Americans have run out and have signed up for bloated 30 year mortgages that they can barely afford.  Are they now the proud owners of these houses? 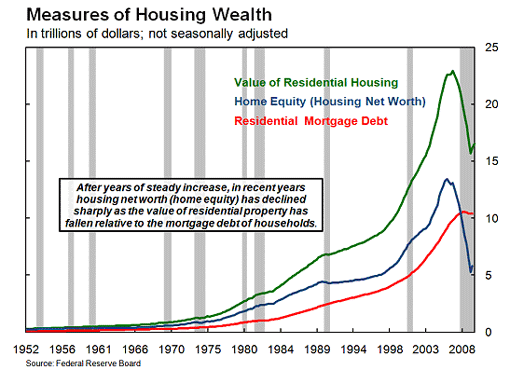 It means that the banks have a much greater “ownership” interest in our homes and our land than we do.

So technically, ordinary Americans “own” less of the real estate of America than at any other time in modern history.

But perhaps you have paid your house off.

Does that mean that you “own” it.

Does that mean that nobody can take it away from you?

Unless you keep paying property taxes (rent) to the proper authorities, you will not be able to keep your home.

So if they can take it away from you for not paying rent (property taxes), do you really own it?

Something to think about it.

Well, you might insist that you own your car.

But do you really?

If you are still making payments on that car you don’t own it.

The financing company does.

You don’t have the title do you?

Well, if you have totally paid the car off you do.

So do you “own” the car at that point?

Can you do whatever you want to with it?

In order to operate that car, you are going to have to pay the license fee, the registration fee, the emissions inspection fee, the property taxes (if that applies in your area), the tire taxes and the gas taxes.

Once you have paid all of those taxes, then you can drive where the government allows you to drive and only under the rules that the government sets for you.

Not that we shouldn’t have rules.

The point is to illustrate how limited your “ownership” really is.

Well maybe you can point to a whole bunch of stuff in your house that you “own”.

After all, that is your “stuff”, right?

Well, did you pay for any of that stuff with a credit card?

If so, there is a really good chance that you are still paying it off.

In fact, if you only make the minimum payment each and every time, a $6,000 credit card bill can end up costing you over $30,000 (depending on the interest rate).

Perhaps you took out a home equity loan to pay for all of that stuff.

Well, that means you put your house at risk for that big pile of stuff that you “own”.

If you don’t keep paying that home equity loan, you could very well end up losing your house and then you won’t have anywhere to put your “stuff”.

But that isn’t the only way you could lose your stuff.

If you lose your job or you find yourself with huge medical bills that you can’t pay you could very well end up in bankruptcy.

If you do end up bankrupt, you are not going to be able to keep the vast majority of your stuff.

So perhaps your hold on your big pile of stuff is not as secure as you thought.

Well, perhaps you have a college degree that you think that you “own”.

Nobody can take that away from you, right?

Well, right, nobody is going to take your college degree from you.

But if you are like most Americans, you will be paying for it for decades.

That is especially true of millions of young Americans today.  They are up to their eyeballs in student debt only to find out that their cherished college degrees are barely enough to get them a job greeting shoppers down at the local Wal-Mart.

The truth is that life does not consist in the abundance of our possessions.

There are a thousand ways that the possessions we have worked so hard to accumulate could be taken away from us.

The American Dream is not promised to any of us.

And as the U.S. economy continues to come apart like a 20 dollar suit, more Americans than ever will find their materialistic dreams crumbling before their eyes.

So what will you do if that happens to you?