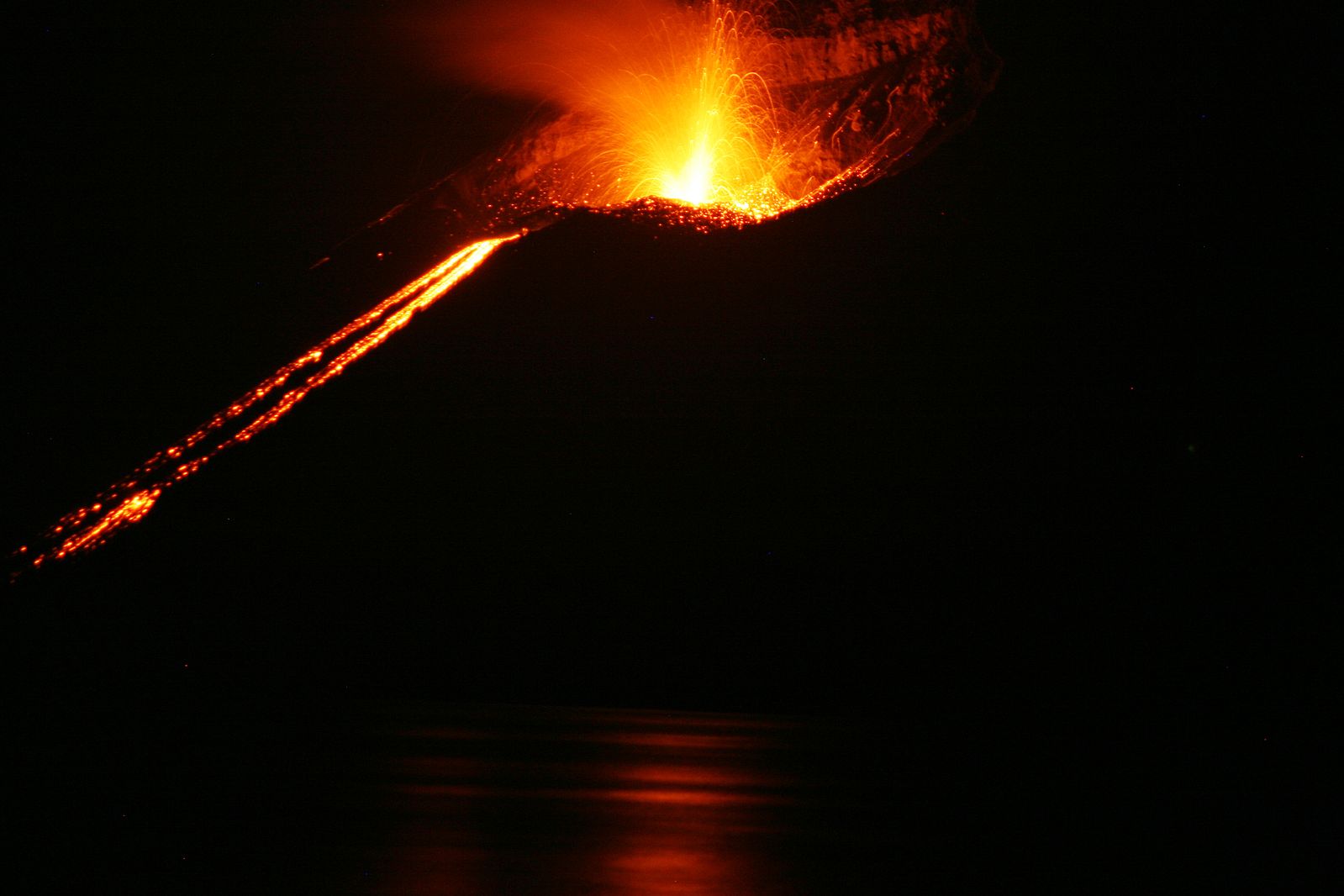 779
SHARES
FacebookTwitterSubscribe
Because most Americans are so focused on preparations for Christmas, not a lot of attention is being paid to the massive disaster that just took place in Indonesia, and that is a huge mistake.  Anak Krakatoa has sprung to life, and there is a reason why it is known as one of the most dangerous volcanoes on the entire planet.  When Krakatoa erupted on August 27th, 1883 the explosion was so loud that it was literally heard 3,000 miles away, and it was estimated that the tsunami waves were over 100 feet tall in some places.  If such an eruption happened today, it would be an even worse disaster than the 2004 Indonesian tsunami which killed more than 200,000 people globally.  We are talking about an event that would instantly alter all of our lives for reasons that I will share below.

So the fact that this mountain of fire has come alive is a really big deal.  The following comes from the Daily Mail…

Footage of the volcano which erupted and caused a 20ft tsunami killing at least 220 people in Indonesia on Saturday has shown fireballs spewing from the mountain island in the sea.

New video of the fiery rock – known as Child of Krakatoa – glowing bright orange before billowing thick, black smoke was filmed over the weekend.

At least 220 people were killed and 800 injured after the tsunami, caused by the volcanic eruption, struck beaches in Indonesia overnight.

Just like in 2004, there was no warning.  Those that were close to shore were taken completely by surprise, and many of them are now dead.

Jaw dropping footage of the exact moment the 20ft wave came crashing down on the stage, engulfing the band, emerged on Sunday morning as it was revealed 281 are dead.

A video which was being recorded in the seconds before the wave hit showed families enjoying a performance by Seventeen when suddenly the entire stage is smashed to pieces by the wave.

The band’s lead singer Riefian ‘Ifan’ Fajarsyah told his 300,000 followers in a tearful video he was looking for the rest of the band.

Video shows a tsunami (possibly caused by the volcanic eruption of Mount Anak-Krakatau, strikes Anyer Beach) crashing into a venue in Indonesia where the band Seventeen was performing. pic.twitter.com/UILwD1Krth

After the 1883 eruption, Krakatoa collapsed into the ocean, and it was hoped that it would never rise again.  But then in 1927 the “Child of Krakatoa” began to emerge…

Anak Krakatoa meaning ‘Child of Krakatoa’ was named by Indonesian people over its formation.

The island emerged from the sea in 1927, decades after a cataclysmic natural disaster in 1883 when a larger island with three volcanic peaks erupted, causing huge tidal waves which killed 36,000 people.

The series of explosions were among the worst recorded in history, between 26 and 27 August 1883. It was so loud, Australians in Alice Springs heard the eruption 3,600 km away.

Just because Anak Krakatoa has erupted once does not mean that this crisis is over.  In 1883, a series of eruptions that year led up to the final climactic explosions on August 27th.  According to Wikipedia, the largest of these explosions was four times more powerful than the largest nuclear bomb ever detonated…

On August 27, four enormous explosions occurred. At 5:30 am, the first explosion was at Perboewatan, triggering a tsunami heading straight to Telok Betong, now known as Bandar Lampung. At 6:44 am, Krakatoa exploded again at Danan, with the resulting tsunami stretching eastward and westward. The largest explosion, at 10:02 am, was so violent that it was heard 3,110 km (1,930 mi) away in Perth, Western Australia, and the Indian Ocean island of Rodrigues near Mauritius, 4,800 km (3,000 mi) away, where they were thought to be cannon fire from a nearby ship. The third explosion has been reported as the loudest sound heard in historic times.[2][3]:79 The loudness of the blast heard 160 km (100 mi) from the volcano has been calculated to have been 180 dB.[4] Each explosion was accompanied by tsunamis estimated to have been over 30 meters (98 feet) high in places. A large area of the Sunda Strait and a number of places on the Sumatran coast were affected by pyroclastic flows from the volcano. The energy released from the explosion has been estimated to be equal to about 200 megatons of TNT,[5] roughly four times as powerful as the Tsar Bomba, the most powerful thermonuclear weapon ever detonated.

Back in 1883, Indonesia was much less densely populated.

Today, more than 260 million people live in Indonesia, and an eruption similar to what took place in 1883 would absolutely devastate the entire nation.

And Krakatoa is certainly not the only volcano capable of producing this kind of an eruption.

Could you imagine what the world would look like after five years of significantly reduced temperatures?  Even a minor change in global temperatures would be absolutely devastating to food production, and hundreds of millions of people would suffer in the resulting global famine.

As I keep stressing, we live at a time when our planet is becoming increasingly unstable, and what is taking place in Indonesia is a perfect example.

Just a few days before the eruption of Anak Krakatoa, there was an eruption of Mount Soputan which shot hot volcanic ash “7,000 feet into the air”.

And at this moment, it is being reported that a total of 20 volcanoes in Indonesia are currently “under some kind of watch”…

Volcanoes in Indonesia have been showing increased activity recently, according to reports from the Volcanological Survey of Indonesia (PVMBG). The area of Asia is located in the infamous Pacific Ring of Fire, known for its volatile volcanoes and frequent earthquakes. Up to 70 percent of the World’s volcanoes are located in the region, and many in Indonesia have been put on some kind of alert. One such volcano is ‘El Fuego’, the volcano of fire, which has erupted twice this year with disastrous consequences.

According to Indonesian officials, 20 volcanoes in the country are under some kind of watch.

There has been a lot of very unusual activity along the Ring of Fire lately, and those that live in Anchorage, Alaska certainly don’t need to be reminded about that.

You may not have heard, but the east coast of Russia (also along the Ring of Fire) was just hit by a magnitude 7.4 earthquake.  These major seismic events are happening so quickly now that it really is hard to keep up with them all.

As many have said, the shell of our planet has been cracked, and we are living on the floating pieces.  And now those pieces are becoming very unstable, and that has very serious implications for all of us.