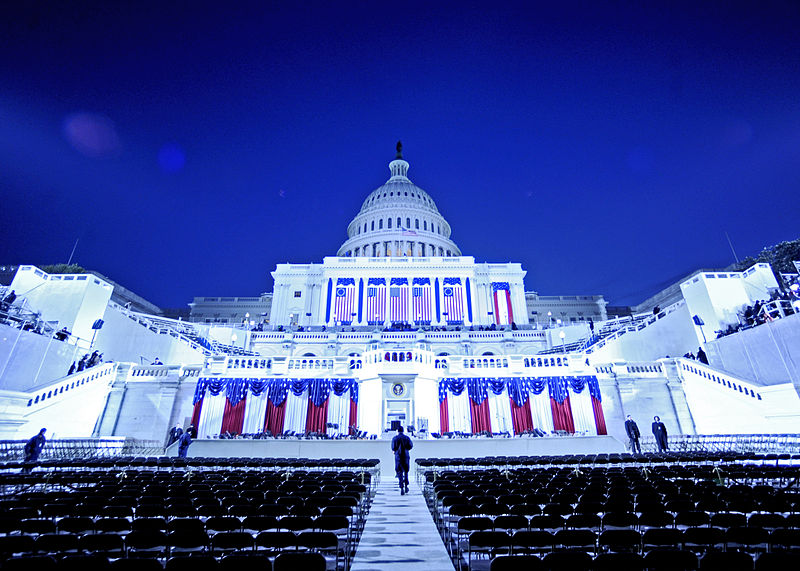 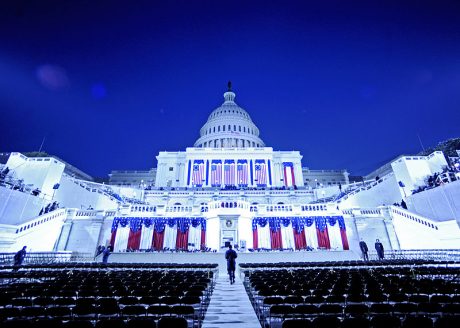 Seeing Trump on the steps of the Lincoln Memorial on Thursday was a very special moment. Like Lincoln, Trump represents a once in a generation hope for real change…

Kicking off three days of carefully orchestrated inaugural proceedings infused with pomp and guided by precision and protocol, the president-elect reveled in the moment and delivered a tribute to the populist movement that propelled him into office.

“We all got tired of seeing what was happening and we wanted change, but we wanted real change,” Trump said on the steps of the Lincoln Memorial. “It’s a movement like we’ve never seen anywhere in the world, they say.”

Inaugurations are a time for hope, and tens of millions of us are hoping that the election of Trump will mean a better future for all of us.

But of course so many among the elite hate him with a passion, and there are many in both parties that will be fighting him every step of the way.

Can Trump really be successful in such an environment?

We shall see, but what seems clear is that he doesn’t plan to change who he is now that he will be residing in the White House, and this is clearly rankling a lot of people…

Donald Trump enters the White House on Friday just as he entered the race for president: defiant, unfiltered, unbound by tradition and utterly confident in his chosen course.

In the 10 weeks since his surprise election as the nation’s 45th president, Trump has violated decades of established diplomatic protocol, sent shockwaves through business boardrooms, tested long-standing ethics rules and continued his combative style of replying to any slight with a personal attack — on Twitter and in person.

In his inaugural address, Trump will plead for national unity, and that is a good thing because our nation is deeply divided right now. As a new Rasmussen survey has discovered, most of the country has a very strong opinion about him either one way or the other…

The latest Rasmussen Reports national telephone and online survey finds that 52% of Likely U.S. Voters share a favorable opinion of Trump, with 30% who have a Very Favorable one. The president-elect is viewed unfavorably by 48%, including 37% with a Very Unfavorable view.

But the good news is that Americans are feeling quite good about life overall these days. In fact, an astounding 80 percent of all Americans are content with “the overall quality of life” that they are enjoying at the moment…

Americans are feeling far more upbeat this January than they were a year ago, especially about the economy, according to Gallup’s annual “Mood of the Nation” poll, which is conducted each January.

The most recent poll, conducted Jan. 4-8, finds a whopping 80 percent of Americans are satisfied with “the overall quality of life,” up four points from a year ago.

If Donald Trump can bring the nation together, perhaps the next four (or eight) years can be a time of renewal for America.

An immense amount of damage was done during the Obama years, and Trump has a massive amount of work ahead of him. But he seems to have a boundless amount of energy, and he is accustomed to only sleeping a handful of hours a night.

Let us pray that Trump and his team will make good decisions and will set this nation on the right course, because we are in desperate need of a turnaround.

Earlier today, I came across a piece from an anonymous source that is entitled “Twas The Night Before Inauguration“. The anonymous source indicated that it was okay to share this with others, and so I thought that I would share it with all of you…

Twas the night before Inauguration, and up in the tower,
The Donald reflected on his newfound power.
The conservative masses had come out in force,
And delivered a victory that would chart a new course.

The snowflakes were shell-shocked with tears in their eyes,
The media lied to them . . . What a surprise.
They had been promised a Hillary win,
But the criminal Clinton took one on the chin.

And though from all corners celebrities flew,
They made no impression, for they hadn’t a clue.
They talked about climate, racism, and such,
And they made up good stories . . . But didn’t know much.

The fake news and ignorance came at a cost,
And they can’t understand all the reasons they lost.
They blame it on Comey and Bernie and Vlad,
But fail to acknowledge the one that was bad.

Yes, Hillary Clinton, in many ways flawed,
Was her own biggest hurdle toward getting the nod.
The campaign exposed her corruptness and greed,
And her speeches were punch-less as ten dollar weed.

So out in the streets there arose such a clatter,
It was Soros-paid protestors and Black Lives Matter.
With cities to pillage and windows to smash,
They knew not the issues, but needed the cash.

Eight years of Obama had given them cause,
To expect a replacement of their Santa Claus.
But soon the protestors will feel the pain,
When the wheels fall off of the old gravy train.

And now all the snowflakes are riddled with fear,
Upset and offended by things that they’ll hear.
The cocoa and crayons will help for a while,
But fact-based opinions will soon cramp their style.

I originally supported, and voted, for Cruz,
In the end, I would vote for whoever they choose.
He wasn’t my first choice, but soon I would cede,
The one they call Trump is the one that we need.

I saw him on TV in front of a crowd,
He spoke about veterans, it made me feel proud.
He spoke about energy, safety, and jobs,
Taking this country back from the Washington snobs.

He was dressed in Armani, all tailored and neat,
And the Brunos he wore made the outfit complete.
For a man of his vintage, he seemed rather fit,
And he looked presidential, I have to admit.

His eyes glowed like embers, his smile was the best,
And his hair was the color of my old hunting vest.
His love for this country was on full display,
And his actions spoke louder than his words could say.

He thanked all his voters, and before he was gone,
Saved thousands of jobs while Obama looked on.
The fate of this country left nothing to chance,
So, he filled out his cabinet weeks in advance.

The men he had chosen were of the same mind,
Let’s set the bar high, and not lead from behind.
He picked up his phone as he rose from his seat,
With a flick of his finger, he sent out this tweet;

The roar of his audience rose from the stands,
He kissed all their babies and shook all their hands.
He answered their questions and calmed all their fears,
They knew it would be a fantastic four years.
Then he jumped in his limo, and off to his jet,
A fellow that Liberals won’t soon forget.
He sent one more tweet as the evening expired;
“Happy Inauguration to all,
AND OBAMA – YOU’RE FIRED!”

I just thought that piece wonderfully captured the flavor of the moment.

And another work that is being widely shared today is an old song entitled “In America” by the Charlie Daniels Band. It was released in May 1980 just before Ronald Reagan was elected, but the lyrics are also perfect for what is happening in our time. If you are not familiar with the song, you can find it on YouTube right here…

Without a doubt, there will be some intense political battles in the days ahead.

But for just one day can’t we all come together and choose to have hope for the future of this nation?

I am not saying that everything has been fixed just because Donald Trump has been elected, nor am I suggesting that any of our problems have diminished in any way.

The challenges ahead of us are truly great, but at least the election of Donald Trump has given us a glimmer of hope, and there are many that believe that a new day for America may finally be dawning after all these years.