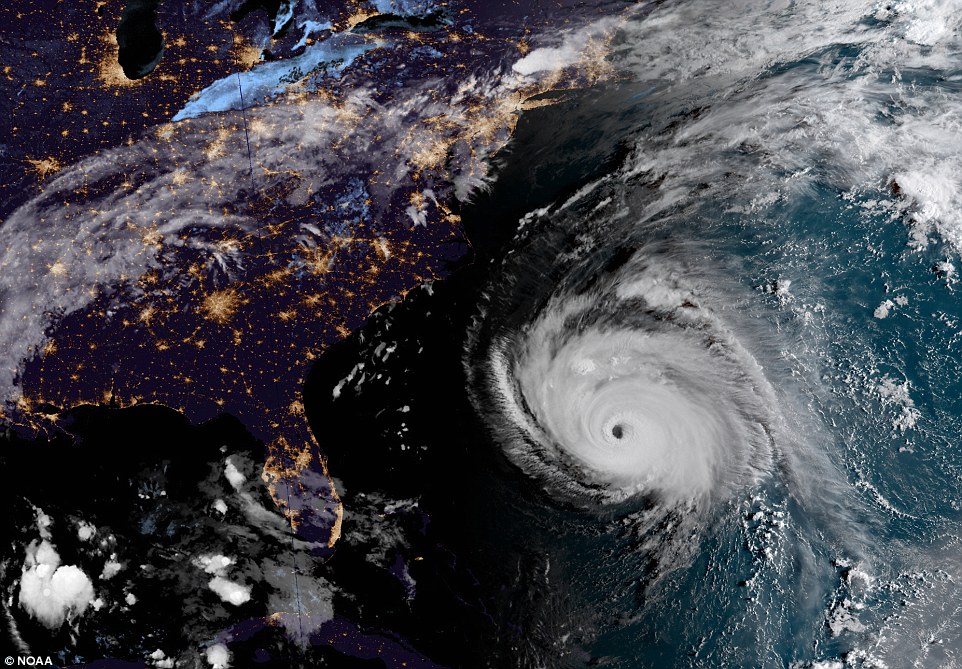 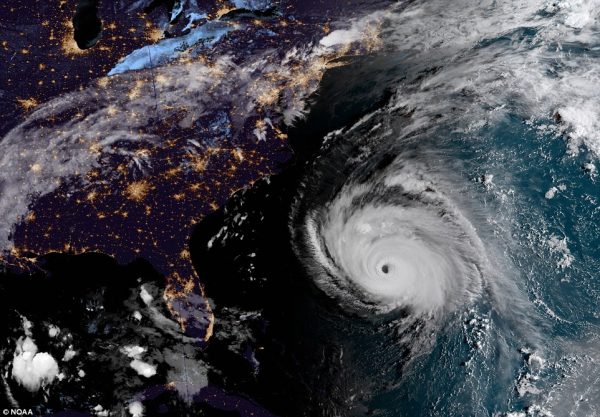 We all knew that Hurricane Florence was going to be bad, but now it is being projected that it will cause more economic damage than any other storm in all of U.S. history.  As you will see below, one firm is estimating that the total damage from Florence could cost “more than $170 billion”, and that would put it into first place by a substantial margin.  At this point, meteorologists are telling us that Florence may only be a Category 2 or a Category 3 storm by the time it makes landfall, but we need to remember that Hurricane Katrina was just a Category 3 storm when it hit New Orleans.  But what made Katrina so damaging was the fact that it was so large, and Florence is getting bigger in size with each passing day.  In addition, forecasters are also now telling us that Florence is expected to “stall” just off the east coast and could potentially linger there “for days”…

Hurricane Florence’s path suddenly shifted overnight and is promising to bring even more devastation than first predicted to the Carolinas and parts of Georgia – with the Michigan-sized storm now set to linger for days and cause catastrophic flooding with up to four feet of rain and 13-foot storm surges.

The longer Florence sticks around, the more economic damage it is going to do.

According to the Daily Mail, the latest forecasts indicate that some areas of the Carolinas and Georgia could experience hurricane conditions “for at least 24 hours”…

The new trajectory means the storm will idle at sea for longer, creating even heavier and prolonged rains and storm surges for the Carolinas and possibly northern parts of Georgia. Forecasters say those areas could be battered with hurricane conditions for at least 24 hours.

Let me try to put this into perspective for you.

Try to think of something extremely painful that has happened to you.

Would you rather experience that for a minute or for an hour?

You see, it isn’t just the intensity of the storm that matters.  The duration is a major factor too, and what we could be facing from Hurricane Florence could be without precedent.

In fact, one computer model is shockingly projecting that some areas of North Carolina could get 45 inches of rain…

One trusted computer model, the European simulation, predicted more than 45 inches in parts of North Carolina.

A year ago, people would have laughed off such a forecast, but the European model was accurate in predicting 60 inches for Hurricane Harvey in the Houston area, so “you start to wonder what these models know that we don’t,” University of Miami hurricane expert Brian McNoldy said.

Could you imagine getting nearly four feet of rain where you live?

As that rain is coming down, the wind is going to be whipping at a speed of about 100 miles an hour, and let us not forget that the storm surge kills more people than anything else during a hurricane.

Nobody should be underestimating the sheer power of this storm.  There is a reason why one FEMA official publicly declared that this is going to be like “a Mike Tyson punch to the Carolina coast”…

“This is going to be a Mike Tyson punch to the Carolina coast,” he warned.

It just occurred to me that some of my readers may be so young that they don’t even know who Mike Tyson is.

If you don’t know, trust me, just Google him.

Anyway, as I mentioned at the top of this article, it looks like this storm may end up being the costliest hurricane in all of United States history.  The following comes from Fox News…

Analytics firm CoreLogic predicts that the damage from Florence could be more than $170 billion – making it the most expensive hurricane to hit the continental U.S.

Hurricanes Katrina and Harvey, which decimated parts of the Gulf states and Texas in 2005 and 2017 respectively, cost more than $125 billion. Hurricane Sandy, which hit the Mid-Atlantic and New England areas in 2012, came in at $65 billion, according to the National Hurricane Center.

It is well over a decade later, and the economy of New Orleans has never fully recovered from Hurricane Katrina.

Let us pray that the Carolinas escape a similar fate, but if this storm was going to miss us it would have turned by now.

It really does appear that we are about to be hit by the worst natural disaster that the Mid-Atlantic region has experienced in modern American history, and that is why the National Weather Service is describing Florence as “the storm of a lifetime”…

The National Weather Service described Florence as ‘the storm of a lifetime for portions of the Carolina coast’. It said the hurricane’s center would approach the coast of North Carolina or South Carolina on Thursday and Friday before moving slowly near the coastline through Saturday.

The Federal Emergency Management Agency warned that Wednesday was the last day for people to safely evacuated before the hurricane hit.

This is yet another example that shows that our planet is becoming increasingly unstable.

At this moment, there are more than half a dozen major tropical storms brewing in the Atlantic and Pacific oceans combined, and that is not normal.

Our world is in a rapid state of change, and it is going to be a rough ride ahead for all of us.