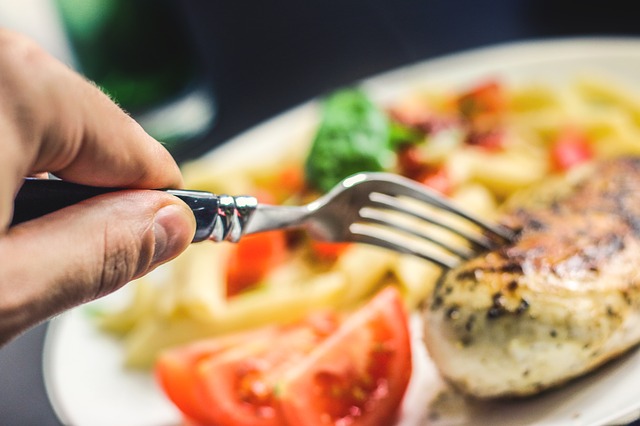 Why are so many catastrophes hitting U.S. food production?  This week, we have learned that more than 7 million turkeys and chickens have already been killed as the result of a devastating bird flu outbreak here in the United States.  This particular strain of the bird flu has already spread to the states of Minnesota, Iowa, California, Arkansas, Idaho, Kansas, Missouri, North Dakota, Oregon, South Dakota, Washington and Wisconsin, and scientists are mystified as to why it is moving so rapidly.  But what we do know is that this flu has the potential to kill an entire flock of chickens or turkeys in just 48 hours.  This pandemic is quickly becoming a major national crisis all by itself, but when you combine this with all of the other disasters hitting our food supply, a very troubling picture emerges.  Could it be possible that the U.S. food supply is cursed?

Before we talk about the bird flu some more, let’s first review some of the other ways that our food supply is under assault.

-Due to the worst drought in the recorded history of the state, much of California is turning back into a desert.  And considering the fact that California produces nearly half of all the fresh produce grown in the entire nation, that is a very frightening thing.  Prices for many fruits and vegetables have already gone up substantially in our grocery stores.

-The multi-year drought in the southwest United States has also had a crippling impact on many ranchers.  At this point, the size of the U.S. cattle herd is the smallest that it has been since the 1950s, and the price of beef has doubled since the last recession.

-Over the past couple of years, porcine epidemic diarrhea wiped out approximately 10 percent of the entire pig population in the United States.  This particular plague seems to have subsided at least for now, but scientists tell us that it could come back strong at any moment.

-As my friend Mac Slavo wrote about the other day, the sardine population off the west coast has declined by 91 percent since 2007.  This is having a devastating affect on the food chain in the Pacific Ocean.

-Speaking of the Pacific, a whole host of other sea creatures appear to be dying off in large numbers as well.  For much more on this, please see this article.

-Down in Florida, citrus greening disease has hit the citrus industry extremely hard.  The price of Florida oranges has approximately doubled over the past 12 years, and crops keep getting even smaller every year…

The big squeeze is on in citrus industry, and it isn’t expected to lessen anytime soon.

Florida growers have yielded far fewer oranges over the past decade due to citrus greening, resulting in less juice in the market and fewer dollars in their pockets.

“Everything starts and ends with citrus greening,” said Fritz Roka, a University of Florida agricultural economist at the Southwest Florida Research & Education Center in Immokalee. “For the next several years, citrus greening will still be the focus of attention.”

-A plague known as the TR4 fungus has hit global banana production in a big way.  According to CNBC, this nightmare fungus may eventually completely wipe out the variety of bananas that we commonly eat today…

On top of all that, now we have a major bird flu outbreak to deal with.

According to USA Today, 3.8 million hens will be destroyed at one farm in Iowa alone in an attempt to keep this flu from spreading even more…

Poultry producers in several states are bracing for more losses as a highly pathogenic strain of avian influenza forced producers to kill millions of chickens and turkeys in the USA in recent weeks.

The fast-moving H5N2 virus was confirmed on Monday at a chicken laying facility in Osceola County, Iowa. Some 3.8 million layer hens at the farm affiliated with Sonstegard Foods Company will be euthanized to try to prevent the spread of the disease, according to the company.

If this bird flu continues to spread in states such as Iowa, we could have a nightmare scenario on our hands.  Most people don’t realize this, but almost one out of every five eggs that we eat comes from that state…

Because of avian influenza, the state’s $2 billion commercial egg-laying industry has been on high alert this spring. Iowa, the nation’s largest egg producer, has about 50 million hens and supplies nearly 1 in every 5 eggs consumed in the United States.

“Anybody that has a poultry operation — whether large or small, whether you’ve got hundreds of birds or one bird — this should be a wake-up call,” said Randy Olson, executive director of the Iowa Poultry Association.

Unfortunately, this new outbreak is extremely puzzling to our scientists.  At this point, they really don’t know why it is spreading so fast…

The deadly flu virus that has wiped out nearly 5 percent of Minnesota’s turkey industry is a part of a global disease outbreak, but scientists still don’t understand it.

After emerging in Asia, the avian flu spread to poultry farms in the Netherlands, Great Britain, and Germany.

Its quick arrival in North America has alarmed scientists who are trying to unravel the mystery of how these deadly bugs have infected so many turkey farms in such a short period of time.

“It’s been really troubling to understand how in the world this can possibly be happening,” said Carol Cardona, a professor of avian medicine at the University of Minnesota.

Have we ever seen a time when so many major catastrophes have hit our food production all at once?

It appears that this is a “perfect storm” of sorts, and we all get to feel the pain of this onslaught when we visit our local grocery stores.

So are we witnessing a convergence of unrelated coincidences, or could it be possible that there is another explanation?