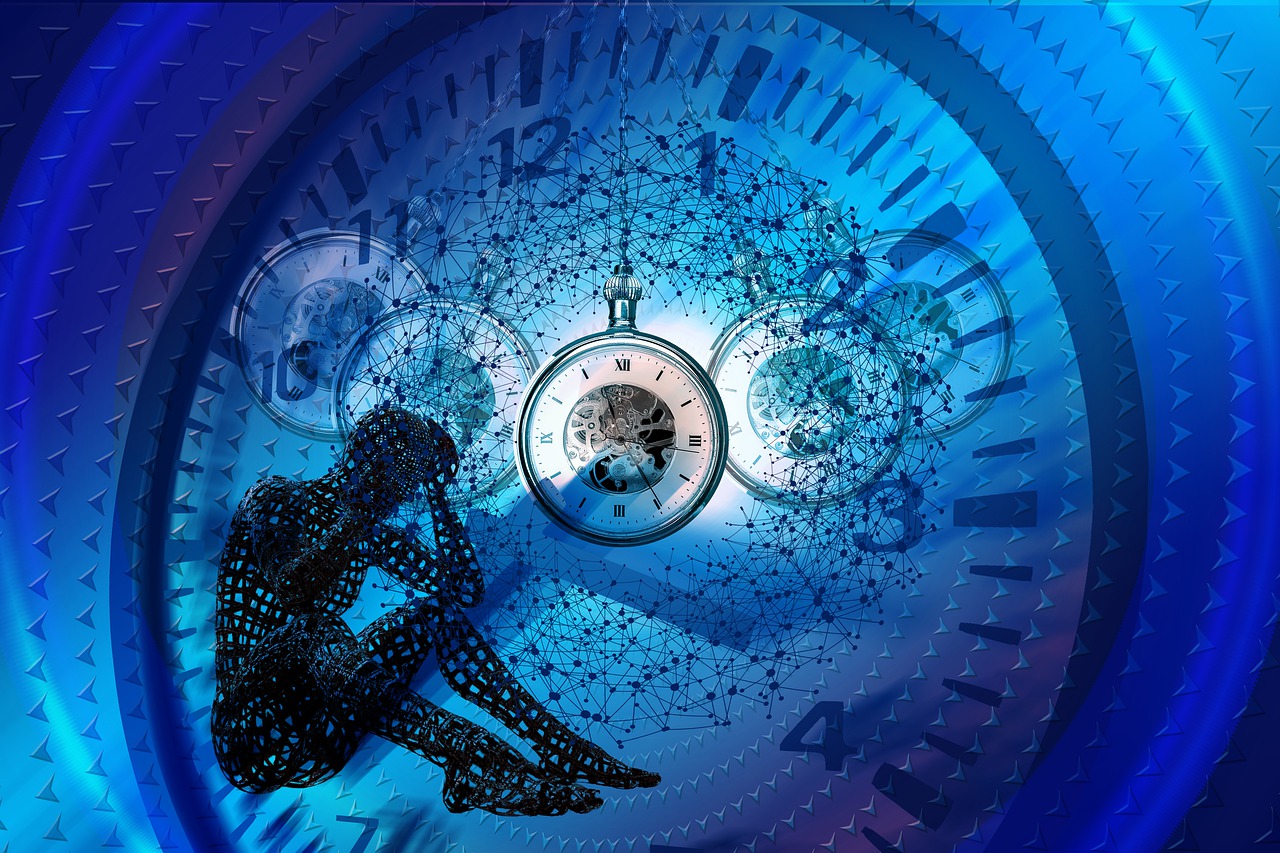 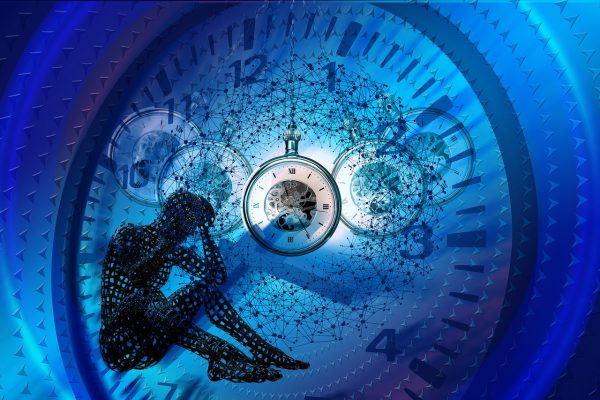 How could we have allowed things to deteriorate this badly?  For a moment, I want you to imagine that you have just arrived in a major city in a foreign country.  Unfortunately, instead of the shiny new buildings and beautiful homes that you expect to see, there is trash, filth and the sound of police sirens everywhere that you go.  After walking a few blocks, you stumble upon one of the dozens of open air drug markets that are freely operating in that particular city.  Many addicts are lying on the ground wherever they suddenly passed out, others with visible gaping wounds are staggering around like zombies, and you even spot one enterprising addict that has decided to take a dump right in the middle of the street.  Of course there are used needles scattered everywhere, and you try not to step on them.  You decide that it is time to leave, but it is already too late, because protesters behind you and in front of you have started to clash with the police.  Moments later a police car is set on fire, and you can smell tear gas in the air.  Thankfully, you are able to scramble to safety, and eventually you find your way back to your hotel room and lock the door.  When you turn on the news to see what they are saying about the chaos in the streets, you are amazed to discover that it is being reported that the protests were “mostly peaceful” and that everything is just fine.

Sadly, what I have just detailed is not a description of a major city in a foreign land.

Rather, it is a description of what daily life is now like in many of the largest cities here in the United States.

For example, just consider what conditions are currently like in the center of Philadelphia.  An extremely potent drug known on the street as “tranq” is causing hordes of addicts to literally wander around like zombies…

Doctors in Philadelphia have been given new guidance to help them deal with an influx of patients addicted to animal tranquilizer xylazine – known on the street as ‘tranq’.

An outreach charity is warning that the drug – a muscle relaxant intended for large animals like horses – is leaving users ‘unable to walk’ and with ‘gaping wounds’.

Philadelphia has become the epicenter for xylazine, which has rapidly made its way into the city’s drug supply as a cheap and very potent cutting agent.

One neighborhood in Philly in particular has become world famous for the open air drug market that operates there, and for some reason authorities refuse to shut it down.

And so addicts “are shooting up in broad daylight” right now, and many of them literally have “raw, gaping wounds in desperate need of medical attention”…

The Kensington neighborhood of Philadelphia – known as ‘ground zero’ for the city’s drug epidemic – is in crisis due to widespread abuse of an animal tranquilizer called xylazine.

Addicts are shooting up in broad daylight, hunched over in a stupor or passed out on the streets. Many have raw, gaping wounds in desperate need of medical attention. And there are needles, syringes and garbage littered across the sidewalks.

Yes, this is really happening in the city of Benjamin Franklin.

What would he think about all of this if he could see us today?

At this point, a whopping 90 percent of the heroin in Philly contains “tranq”, and one study has found that the drug has already spread “to 36 states and D.C.”…

Now more than 90 percent of the heroin now found in Philadelphia contains xylazine. A June study found the drug has spread to 36 states and D.C.

The drug, also known as ‘tranq’, causes a blackout stupor. It also leads to skin damage so severe it resembles chemical burns, plus deep festering wounds that frequently result in amputations.

Some cities have decided that one way to deal with the drug crisis is to start legalizing some of the less potent drugs.

But what the politicians didn’t anticipate is that the illegal trade would continue to operate alongside the legal trade.

It’s hard to miss the marijuana shops on almost every block in New York City.

According to the NYPD, more than 1,300 illegal marijuana stores are selling pot without a license.

“I admit, I don’t think we ever talked about this scenario happening,” St. Senator Liz Krueger said.

As drugs, crime, violence and chaos take over in our largest cities, some big corporations are deciding that now is the time to move out.

For instance, we just learned that the city of Seattle has just lost “its downtown Nike flagship store and multiplex movie theater”…

The Rain City’s downtown area suffered its latest blow on Friday when the popular Nike store, located at the corner of Sixth Avenue and Pike Street, shut its doors for good.

Nike’s exit came right after Regal Cinemas announced it would reject the lease of the Meridian 16 multiplex located on Seventh Avenue and Pike Street.

Many years ago, my wife and I visited downtown Seattle during the middle of the day.

It was a little sketchy, but we watched our backs and stayed out of trouble.

Sadly, I would not make a similar trip today.

And if you go into the heart of many of our major cities at night, you are literally taking your life into your hands.

Over the weekend, extremely violent clashes in Atlanta between police and Antifa activists made headlines all over the nation…

On Saturday night, Antifa members took to the streets of Atlanta to throw rocks at and light fires outside of the Atlanta Police Foundation after the now-suspended Atlanta Forest Twitter account called for a “night of rage” following the fatal shooting of one of their members, 26-year-old Manuel Esteban Paez Teran.

The Post Millennial Editor-at-Large Andy Ngo tweeted, “Breaking: Far-left extremists & #Antifa gathering for revenge against law enforcement in #Atlanta over the killing of their gunman at their autonomous zone smashed up businesses & set an @Atlanta_Police vehicle on fire.”

This sort of thing has become increasingly common, but we keep being told that all of this is perfectly normal.

And even though we were literally watching footage of the police vehicle that Antifa had just set on fire, the mainstream media just kept insisting that what we were witnessing in Atlanta were “mostly peaceful” protests.

Ignore the cop car on fire in the background pic.twitter.com/mcRl0musaX

CNN’s guest suggests we shouldn’t use the word “violent” to describe the Antifa riots in Atlanta tonight.

Yes, it was all so very peaceful.

So there is absolutely nothing to be concerned about.

In fact, if you live in Atlanta you may want to try one of the downtown restaurants for a late dinner tonight.

To me, the kicker was that some of the rioters that were arrested actually had explosives on them…

A protest in downtown Atlanta over a police shooting turned into a riot on Saturday night, as hooligans attacked the office tower home to the Atlanta Police Foundation, damaged other structures, and torched a police vehicle. Atlanta Mayor Andre Dickens told reporters police arrested six people — and some of the ones arrested had explosives.

Since they are leftist protesters, they have likely already been released on bail, and the charges against them will probably be quietly dropped in a few weeks when nobody will notice.

But the even bigger story is how rapidly our society is degenerating now.

We have been warned for years that our major cities were degenerating into crime-ridden, drug-infested hellholes, and at this point no rational person can deny what is happening.

The United States was once a beacon of light for the rest of the world, but now we have become a cautionary tale.

We are showing everyone precisely what not to do, and conditions in our streets just continue to get even worse with each passing day.