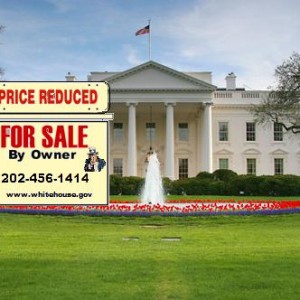 The talking heads on all the major news shows keep telling us that the U.S. economy is experiencing a recovery.  Usually the term “recovery” is accompanied by a qualifier such as “jobless”, but they continue to use the word recovery anyway.  We are told that the greatest financial crisis since the Great Depression is behind us and that the great American economic machine is roaring back to life and everything will be back to normal soon.  So why does it seem like things keep getting worse?  Why does it seem like the American Dream is out of reach for more Americans than ever?  Why does it seem like economic pain is spreading to more families and more businesses?

Well, maybe it is because things are getting worse.

Gallup’s underemployment measure hit 20.0% on March 15th.  This was up from 19.7% two weeks earlier and 19.5% at the start of the year.  While the U.S. unemployment rate has leveled off (for now), the truth is that job seekers are increasingly finding that all they can get is part-time work.  In the vast majority of cases, part-time work will not pay the mortgage or even really feed a family.

All of this economic pain is causing havoc in many American households.  In fact, 1.2 million U.S. households have been lost during the recent recession as economic pain has forced many Americans to move in with relatives.  It can be an extremely humbling thing to have to turn to relatives for help, but that is what an increasing number of Americans have been forced to do.

But now there are indications that things may soon get worse for the U.S. economy.

The Federal Reserve is pulling its emergency financial supports from the U.S. financial system, and this is leading some economic analysts to speculate that deflation could be on the horizon.

Already there are signs that the American economy is slowing down.  The Federal Reserve said on Wednesday that consumer borrowing declined by $11.5 billion in February.  But it just isn’t consumer borrowing that is slowing down.  The biggest banks in the U.S. cut their collective small business lending balance by 1 billion dollars in November 2009.  That drop was the seventh monthly decline in a row.

As the U.S. economy slows down, the U.S. government is going to look to U.S. taxpayers to pick up the slack.  According to Federal Reserve Chairman Ben Bernanke, the United States will soon have to make difficult choices between higher taxes and reduced social spending.

Either of those alternatives is not good for the U.S. economy.

And the burden of taxation is falling on an increasingly smaller pool of taxpayers.  It turns out that about 47 percent of all Americans will pay no federal income taxes at all for 2009.  The 47 percent who pay no taxes either earned too little or they had so many credits or deductions that they were able to avoid taxes altogether.

It must be nice for them.

Meanwhile, the faith of the American people in the financial system continues to wane as more evidence of corruption keeps coming out.  In fact, there are new allegations that JPMorgan Chase has been involved in gold price fixing.  Many have suspected for a long time that there was some really funny business going on with gold prices, but the latest bombshells that have been dropped by whistle blowers are absolutely mind blowing.

But it is about time that we learned more about what is going on at these major banks.  After all, they know so much about us.  For example, it has come out that the data mining operations of the major credit card companies are becoming so sophisticated that they can actually predict how likely you are to get a divorce.

And this is only just the beginning.

With the stated intent of combating illegal immigration, Senators Chuck Schumer and Lindsey Graham are creating new legislation that would institute a national identification card.

Will we all soon be forced to take a national identification card with us wherever we go?

Will we all soon be forced to show “our papers” whenever we are confronted by authorities?

But things are getting really crazy out there.  So many of the things that we used to take for granted are quickly disappearing into thin air. 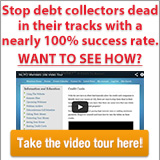