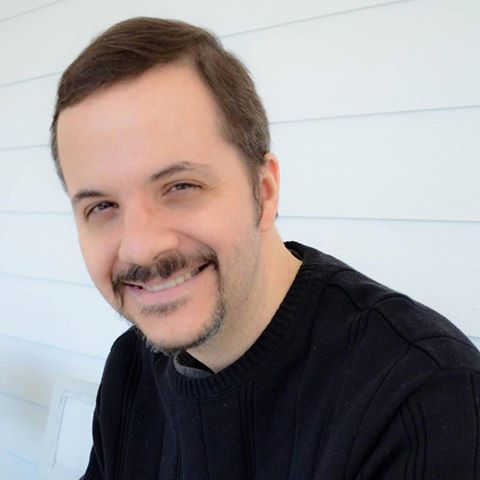 I have never been very good at asking for help. My father was an officer in the U.S. Navy, and he raised me to be very strong and very independent. So for my entire life, I have been a “pull myself up by my own bootstraps” kind of guy. From a very early age I came to think of asking others for help as a sign of weakness. Of course today I know that is not true, but there is still part of me that hesitates to enlist the support of others even when I really, really need it.

But now I have been put into a position where I have no choice but to ask for help. As many of you already know, I am running for Congress, and there is no way in the world that I could ever do that by myself. So this is very humbling for me, because I know that if this is not a team effort that I am 100% assured of failing.

The good news is that a number of my readers have already stepped up to help, and I am so thankful for that. And if you would like to financially support my campaign for Congress, you can do so right here.

Thankfully, I don’t have to raise enormous amounts of money to be successful. In some areas of the country, candidates for the House of Representatives raise millions of dollars, but in this district candidates for Congress usually only raise a small fraction of that.

And there is going to be no incumbent in this district in 2018, because the individual that is currently holding this seat is running for governor instead. So the race is wide open, and it doesn’t look like any of my potential opponents are going to raise a great deal of money.

So to win this race, I just need to raise enough money to be on the same playing field as the others. Because we have already been sharing my message with groups of voters, and after hearing my message many voters that were undecided or that were already committed to another candidate are coming over to my side.

I am going to have the strongest message in this race, and I just need to get it in front of everyone in this district.

Once again, this is not actually going to take very much. In fact, if every one of my readers were to donate 10 dollars today, I could be done funding my entire campaign by tomorrow.

Over the past seven years, I have published well over 2000 feature articles, and those of you that have been following my work for an extended period of time know my heart. If you believe in me and what I am doing, then I am asking for your support. I am asking those that want to see me in Congress to show that you are standing with me by donating at least 10 dollars to the campaign. Perhaps later you will want to donate more, but right now we are just at the very beginning and we are trying to get things off the ground. This is such a critical stage, and we have got to raise some funds in order to do the basic things that every campaign needs to do.

And of course 10 dollars is not a lot. Many of you will spend more than that on coffee this week. If you have been blessed by me and by my work all these years, would you consider being a blessing to me by helping in this way?

I want to take the same message that I have been proclaiming in my books, on my websites, and on radio and television all over America to the floor of the U.S. House of Representatives. I wouldn’t be going there to “join the club” or to be just another spineless politician. Rather, if I win this election I plan to turn over the tables in Washington D.C. and I plan to be a wrecking ball to the spirit of political correctness.

So many of us (including me) have complained that we never have anyone good to vote for, and so I am trying to do my part by putting myself way out on a limb. It is kind of scary out here, but I have faith that those that enjoy my work all over the nation will rally behind me.

In every generation, Americans have had to sacrifice to defend liberty and freedom. Thankfully we don’t have to do that will guns and bullets today, but that doesn’t mean that there aren’t sacrifices to be made.

Over the next 10 months, I will be spending hundreds upon hundreds of hours on this campaign. I believe that the most pivotal time in modern American history is ahead of us, and we are going to need leadership in Washington that is going to fight for our values.

If you would like to read more about where I stand on the issues, you can do so right here and right here. But of course most of you all already know my heart. I have put everything that I have into my articles for the past seven years, and those of you that have followed me for a long time already know that I am a fighter.

But if I try to fight this battle alone, I will lose.

The only way that I am going to win is if you help me.

Like I said, I am not accustomed to asking for help like this, so all that I can do is open up my heart and be completely honest.

I need your help.

If you would like to donate to the campaign, just follow this link. You can donate by credit card, Paypal or by check if you prefer. We are going to stretch every single dollar as far as it can possibly go, and we are going to fight for every possible vote.

If you have any questions about any of this, please feel free to reach out to me at Michael@MichaelSnyderForCongress.com.

Our founders had faith that they could stand up to the mighty British empire, and because of that faith the United States of America exists today.

Now it is our turn to believe that we can make a difference. If you would be willing to let me know that you stand with me by donating at least 10 dollars to the campaign, that would mean the world to me.

It is during our times of greatest need that we find out who our real friends are, and I am looking for a few good friends to help me now.

Thank you for following my work on a regular basis, and for more information about how you can get involved in this campaign, please check out my official campaign websites…