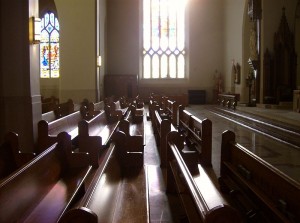 Is Christianity in decline in America?  When you examine the cold, hard numbers it is simply not possible to come to any other conclusion.  Over the past few decades, the percentage of Christians in America has been steadily declining.  This has especially been true among young people.  As you will see later in this article, there has been a mass exodus of teens and young adults out of U.S. churches.  In addition, what “Christianity” means to American Christians today is often far different from what “Christianity” meant to their parents and their grandparents.  Millions upon millions of Christians in the United States simply do not believe many of the fundamental principles of the Christian faith any longer.  Without a doubt, America is becoming a less “Christian” nation.  This has staggering implications for the future of this country.  The United States was founded primarily by Christians that were seeking to escape religious persecution.  For those early settlers, the Christian faith was the very center of their lives, and it deeply affected the laws that they made and the governmental structures that they established.  So what is the future of America going to look like if we totally reject the principles that this nation was founded on?

Overall, Christianity is still the largest religion in the world by far.  According to the Pew Forum on Religion & Public Life, there are currently 2.2 billion Christians in the world.  So Christianity is not in danger of disappearing any time soon.  In fact, in some areas of the globe it is experiencing absolutely explosive growth.

But in the United States, things are different.  Churches are shrinking, skepticism is growing and apathy about spiritual matters seems to be at an all-time high.

Before we examine the data, let me disclose that I am a Christian.  I am not bashing Christians or the Christian faith at all in this article.  In fact, I consider the decline of Christianity in America to be a very bad thing.  Not everyone is going to agree with me on that, but hopefully this article will help spark a debate on the role of religion in America that everyone can learn something from.

Unfortunately, the reality is that most Americans spend very little time thinking about religion or spiritual matters these days.

“The real dirty little secret of religiosity in America is that there are so many people for whom spiritual interest, thinking about ultimate questions, is minimal,” says Mark Silk, professor of religion and public life at Trinity College”

This is backed up by the numbers.  For example, a survey taken last year by LifeWay Research found that 46 percent of all Americans never think about whether they will go to heaven or not.

To most Americans, faith is simply not a big deal.  This is particularly true of our young people.  Those under the age of 30 are leaving U.S. churches in droves.  The following comes from a recent CNN article….

David Kinnaman, the 38-year-old president of the Barna Group, an evangelical research firm, is the latest to sound the alarm. In his new book, “You Lost Me: Why Young Christians Are Leaving Church and Rethinking Faith,” he says that 18- to 29-year-olds have fallen down a “black hole” of church attendance. There is a 43% drop in Christian church attendance between the teen and early adult years, he says.

So what is going to happen if these trends continue?

Dave Olson, the director of church planting for the Evangelical Covenant Church, has made some really interesting projections regarding what is going to happen to church attendance in America if current trends continue.

According to Olson, only 18.7 percent of all Americans regularly attend church right now.  If this number continues to decline at the current pace, Olson says that the percentage of Americans attending church in 2050 will be about half of what it is today.

Other research has produced similar results.

According to a study done by LifeWay Research, membership in Southern Baptist churches will fall nearly 50 percent by the year 2050 if current trends persist.

If you are a Christian, you should be quite alarmed by these numbers.

But what is happening to the faith of our young people should be even more alarming for Christians.

The American Religious Identification Survey by the Institute for the Study of Secularism in Society & Culture at Trinity College is one of the most comprehensive studies on religion in America that has ever been done.

According to that study, 15 percent of all Americans say that they have “no religion”.

That is quite a change.

But the move away from religion is particularly pronounced among our young people.

One recent survey found that 25 percent of all Americans between the ages of 18 and 29 say that they have no religion.

Obviously the Christian faith is not winning the battle for the hearts and the minds of our young people.  The cold, hard truth is that in America today, the younger you are, the less likely you are to consider yourself to be a Christian.

Large numbers of young Americans that went to church while they were growing up are now leaving U.S. churches entirely.  A recent study by the Barna Group discovered that nearly 60 percent of all Christians between the ages of 15 and 29 are no long actively involved in any church.

But not only have they left the church, our young people have also abandoned just about all forms of Christian spirituality.

Just check out the results of one survey of young adults that was conducted by LifeWay Christian Resources….

•65% rarely or never pray with others, and 38% almost never pray by themselves either.

•65% rarely or never attend worship services of any kind.

•67% don’t read the Bible or any other religious texts on a regular basis.

If this does not get turned around, churches all over America will be closing their doors.  When the survey above first came out, the president of LifeWay Christian Resources stated that “the Millennial generation will see churches closing as quickly as GM dealerships.”

But it is not just church that our young people are rejecting.

The reality is that they are also rejecting the fundamental principles of the Christian faith.

One survey conducted by the Barna Group found that less than 1 percent of all Americans between the ages of 18 and 23 hold a Biblical worldview.

The Barna Group asked participants in the survey if they agreed with the following six statements….

Less than 1 percent of the participants agreed with all of those statements.

But it is not just young adults that are rejecting the fundamentals of the Christian faith.

Even large numbers of “evangelical Christians” are rejecting the fundamental principles of the Christian faith.

For example, one survey found that 52 percent of all American Christians believe that “at least some non-Christian faiths can lead to eternal life”.

Without a doubt, the religious landscape of America is changing.

Over the past several decades, church attendance has been steadily declining, the percentage of Americans that consider themselves to be Christians has been going down, and the number of people that hold traditional Christian beliefs has been dropping like a rock.

So what does all of this mean for the future of America? 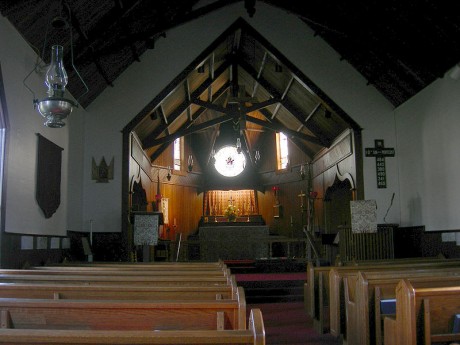