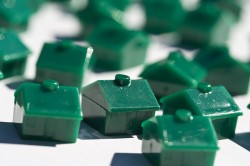 Existing home sales in the U.S. are down again.  New home sales in the U.S. are down again.  What else is new?  The U.S. housing industry just cannot seem to bounce back.  Mortgage lenders have really, really tightened up lending standards and so now there are a lot fewer qualified buyers than there used to be.  It is as if the big financial institutions have nearly shut off the flow of credit.  But without credit, the vast majority of American families don’t have a prayer of achieving the American Dream of owning a home.  Even with mortgage rates close to record lows the housing market is still languishing.  Unfortunately, it doesn’t matter how low mortgage rates are if American families can’t get home loans approved.  With unemployment still staggeringly high and with incomes still declining, it appears that the U.S. housing market is going to continue to suffer for some time to come.

The following is a chart from Calculated Risk which shows the rate of new homes sales for every month going all the way back to 2003.  The red lines represent new homes sales during 2010.  Notice that they are very, very short…. 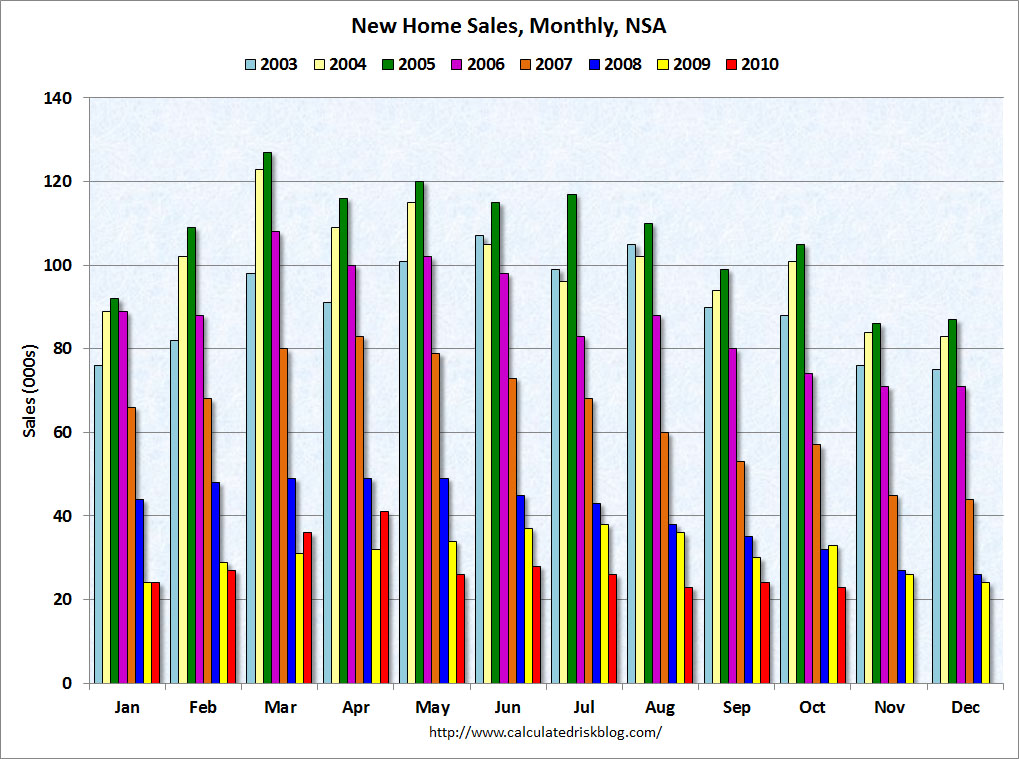 But it is not just new home sales that are suffering.  Existing home sales have been dropping like a rock as well.

Wasn’t the U.S. housing industry supposed to be bouncing back by now?

Weren’t we told that the recession is over?

Unfortunately, unemployment in America is still incredibly high, and without good jobs American families are simply not going to be able to afford to go shopping for homes.

Meanwhile, Wall Street is flush with cash from the Federal Reserve and is busy partying like it is 2005.  In a recent article entitled “Wallets Out, Wall St. Dares to Indulge“, the New York Times described the scene at one recent 50th birthday party for a top banking executive….

So at least some people are doing well in 2010.

But for most ordinary Americans, life is tough these days.  Good jobs are incredibly scarce and most families simply do not have tens of thousands of dollars to plop down as a down payment on an overpriced home.

Until unemployment starts going down and the U.S. economic situation improves, there simply is not going to be a housing recovery.  Unfortunately, each month thousands upon thousands more good jobs continue to get shipped overseas.

Most of the jobs that are available today are low paying service jobs.  But you simply cannot support a family or afford a decent mortgage if you are flipping burgers or welcoming people to Wal-Mart.

The U.S. housing market is one gigantic mess.  In the state of Nevada, 68 percent of homes were “underwater” during the month of July.  That is absolutely crazy.

There are going to be a lot more foreclosures and millions more Americans are going to lose their homes.  U.S. housing prices are likely to continue to fall.  Anyone who makes their living from building homes, selling homes or making homes loans is going to be struggling for a long time to come.

So the bad news for the U.S. housing industry is likely to continue to keep rolling in month after month.  But perhaps the good news is that housing prices should start to come down to a level where Americans that are looking for homes may start to find some good deals.