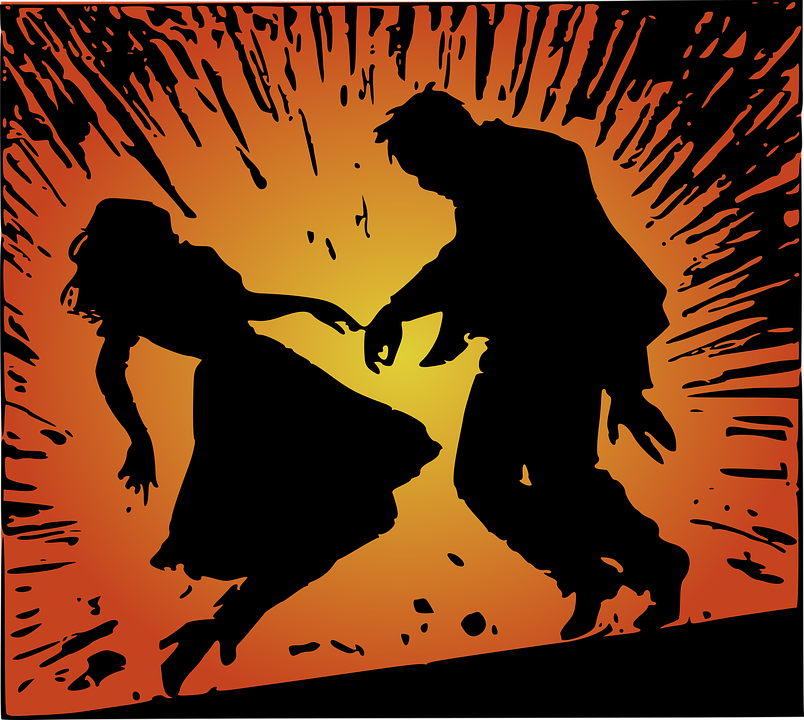 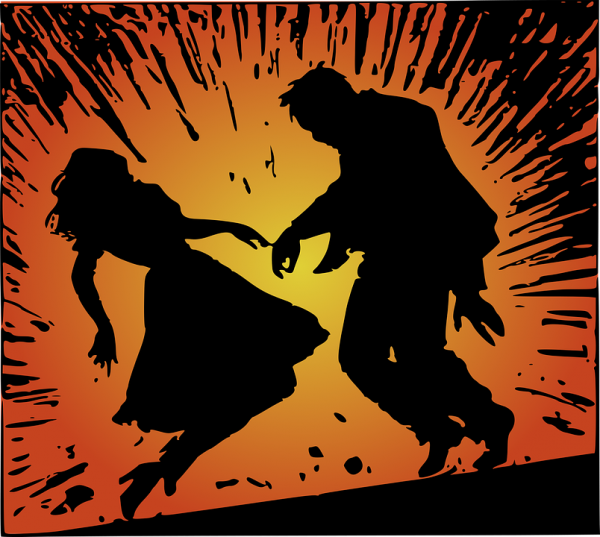 Donald Trump has repeatedly promised to “solve” the North Korean problem, and the North Koreans have repeatedly promised to use nuclear weapons in response to any attack by the U.S. military.  So what happens if both sides are not bluffing?  For eight years, Americans had become accustomed to Barack Obama making threats and never following through on them, so it surprised a lot of people when Trump actually backed up his words by striking Syria after publicly pledging to do so.  Now Trump has publicly committed to take military action in North Korea, and I am absolutely convinced that he is not bluffing.  But if Kim Jong-Un is not bluffing either, and I don’t think that he is, that means that we are on the verge of what could be a horrifying military conflict with the North Koreans.

The critical moment could actually be just hours away.  Foreign journalists in North Korea have been instructed to be ready to witness a “big and important event” on Thursday, and many believe that this “event” could be the testing of a large nuclear device.

And if it doesn’t happen on Thursday, it may happen during the birthday anniversary of North Korea’s founder Kim Il Sung on Saturday.  According to a report that just came out, the North Koreans have placed a nuclear bomb “in a tunnel” in preparation for a test detonation during the celebration on Saturday…

In a striking development involving the rapidly changing North Korean geopolitical situation, moments ago Voice of America reported Steve Herman reported that according to US government and other sources say, North Korea has “apparently placed a nuclear device in a tunnel and it could be detonated Saturday AM Korea time.”

Needless to say, publicly testing a nuclear bomb at this stage would be the ultimate act of defiance by North Korea, and it is likely that such a move would push Trump over the edge.

But even without a nuclear test, it is believed by many that Trump is on the verge of striking North Korea anyway.  In fact, Jack Posobiec claims that a source has told him that an attack on the North Koreans is “imminent”…

Rebel TV’s Washington Bureau Chief Jack Posobiec warned to his followers on Twitter Tuesday that a strike on North Korea is “imminent.”

But striking North Korea is much different than striking Syria.

In order for any attack to be successful, the U.S. military would have to locate every single North Korean nuclear device and either destroy or retrieve them all in the initial assault, because Kim Jong-Un has promised to use nuclear weapons if the U.S. strikes.

Unfortunately, that would not be easy.  North Korea’s cities are honeycombed with underground tunnels and bunkers, and simply locating where all of their nukes are being held would be just about impossible.  And so destroying or retrieving all of those weapons is going to take time.  Just consider the results of a “recent Pentagon war game”…

A recent Pentagon war game against the fictional country of “North Brownland,” a country whose dynastic family regime had nuclear weapons that had to be recovered during a regime collapse, found that US troops didn’t fare well in retrieving those weapons. V-22 Osprey aircraft were cut off from the rest of the allied forces and surrounded by the enemy. The result was the United States would have to fight through the countryside to the North’s estimated 100 nuclear-related sites. In all it took the US 46 days and 90,000 troops to secure those weapons.

If North Korea was able to fire off a single nuke, the operation would be a total disaster for Donald Trump and the U.S. military.

And even if we somehow got all their nukes, North Korea also has one of the largest arsenals of chemical and biological weapons on the entire planet.  Could you imagine how the world would view Trump if footage of thousands of people in Seoul and Tokyo choking on nerve gas started circulating all over the planet?

If Trump bungles this thing and a scenario such as that plays out, we will lose South Korea and Japan as friends forever.

Personally, the only way that I can see an attack on North Korea being a success is if Kim Jong-Un is actually bluffing and he decides not to use his vast arsenal of weapons of mass destruction.

Is Trump willing to bet the lives of countless numbers of South Korean and Japanese citizens on the fact that Kim Jong-Un is bluffing?

That would be incredibly foolish, because I don’t think that Kim Jong-Un is bluffing.  I believe that the moment the U.S. attacks, the North Koreans will open fire with thousands of rockets and artillery pieces.  The following comes from Business Insider…

North Korea will open with artillery and rocket fire from positions on the North slopes of the mountains just across the border. The North has the world’s largest artillery force with 10,000 pieces in their arsenal. The bulk of these forces are at the border, with much of the rest around Pyongyang and near Nampo, the site of their electricity-producing dam. It is likely that the South Korean capital of Seoul, just 35 miles from the border, would be the first target and would be devastated in the opening salvos.

The initial barrage would be followed by a massive invasion of South Korea, and vast numbers of U.S. ground troops would be needed to keep South Korea from being completely overrun.

Needless to say, China is completely freaked out by the prospect of a new Korean War.  They are urging Trump “to find a peaceful solution to the crisis”, and it is being reported that the Chinese have put their forces on “nationwide alert”…

China has put its military on “nationwide alert” while ordering 25,000 more troops to prepare to be sent to the North Korean border as tensions build.

Citing the Information Center for Human Rights and Democracy, a nongovernmental organization in Hong Kong, the Oriental Daily News reports that Beijing has ordered troops from all five of its military regions to be on high alert due to the escalating crisis in the region.

You can see some video of Chinese vehicles moving toward the border with North Korea here.  Just like during the original Korean War, the U.S. could ultimately end up in a direct military conflict with China if things spiral completely out of control.

So I don’t know why so many people are excited about a potential war with North Korea.  Millions of people could die, and it could be the spark that sets off World War III.  Thankfully there are watchmen out there such as Steve Quayle that are deeply concerned about what is coming…

“ITS ALWAYS THE CHILDREN” -WE ARE WATCHING THE NEO- CONS AND GLOBALISTS INITIATING WW3 BEFORE OUR EYES-WHAT ABOUT ALL THE ABORTED CHILDREN AND THE SLAUGHTERED CHILDREN AT THE HANDS OF THE WORLD’S CHILD TRAFFICKERS,MURDERERS AND CANNIBAL- OCCULTISTS AND THE COLLATERAL DAMAGE AND LOSS OF INNOCENT LIVES IN THE MIDDLE EAST WARS-DO THEIR LIVES EVEN COUNT OR MATTER? HAVE YOU ALSO NOTICED HOW ALL THE PEDOPHILE AND RITUAL SLAUGHTER REVELATIONS OF CHILDREN HAVE DIS- APPEARED FROM THE PUBLICS EYES ,EVEN WITHIN THE ALT PRESS-I STAND BY MY CLAIM THAT I HAVE SPOKEN CONSISTENTLY FOR THE LAST 5-7 YEARS -THAT BEFORE GOD ALLOWS AMERICA TO BE DESTROYED BY THE RUSSIANS AND CHINESE ,THROUGH A NUCLEAR WAR ,HE WOULD REVEAL THE SINS OF THE NATIONS LEADERS TO THE PEOPLE ,AND THE PEOPLES SINS BEFORE A HOLY GOD- PRESIDENT TRUMP ACTED INITIALLY AS A PROSECUTING ATTORNEY POINTING OUT THE SINS OF THE NATIONS LEADERS AND EVEN DEMANDING HILLARY TO BE JAILED. I SUBMIT THAT THE POLARIZATION IN THIS COUNTRY IS NOW AT ITS MAXIMUM (PRE-CIVIL WAR) IMPACT POINT, AND ALL THAT IS LEFT IS FOR GOD TO ENFORCE HIS DECREE AND CARRY OUT HIS JUDGMENT AS HE HAS IN ALL OF HISTORY. IN MY OPINION ,PRESIDENT TRUMP HAS BEEN CO-OPTED BY THE SECOND MOST POWERFUL FORCE IN THE UNIVERSE, WHICH IS CONTROLLED FROM BEHIND THE SCENES BY THE DRAGON (SATAN) AND HIS REBELLIOUS ANGELS-THERE WILL BE NO MORE MEDIA, WHEN GOD ARISES AND SCATTERS HIS ENEMIES -AND THEN ITS DECISION TIME AS TO WHERE ONE SPENDS ETERNITY! JESUS SAID THE WHOLE WORLD LIES IN EVIL ONE(UNDER SATANS POWER AND AUTHORITY) AND THE ONLY WAY TO OVERCOME THIS IS THROUGH THE POWER OF HIS RESURRECTION AND THE INDWELLING OF HIS HOLY SPIRIT-JESUS STATED IN LUKE 10:19

Luke 10:19 King James Version (KJV)
19 Behold, I give unto you power to tread on serpents and scorpions, and over all the power of the enemy: and nothing shall by any means hurt you.

Right now, Google searches for “World War 3” are at their highest level ever.

Whether the trigger is North Korea, Syria or something else, it is becoming clear that we are entering a very ominous period of time, and the American people will soon learn firsthand about the horrors of modern warfare.