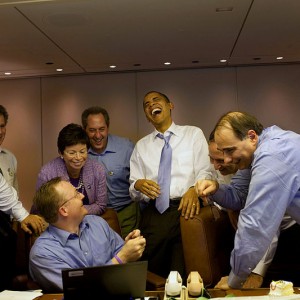 Since when can a president change a law all by himself?  By unilaterally declaring that certain provisions of Obamacare will not be enforced, Barack Obama is making a mockery of the U.S. Constitution.  For those that have not read it, the U.S. Constitution says that the president “shall take Care that the Laws be faithfully executed“.  So when Obama declares that he will not enforce certain provisions of Obamacare for a year, he is directly violating the Constitution.  And as Stanford Law School Professor Michael McConnell wrote back in July, the Office of Legal Counsel for the Justice Department “has always insisted that the president has no authority, as one such memo put it in 1990, to ‘refuse to enforce a statute he opposes for policy reasons.’”  This is an open and shut case.  If the U.S. Congress still had a shred of respect for the Constitution, they would immediately demand that Obama enforce the law as written.  If Obama refused, they should immediately impeach him.  We are a country that is run by the rule of law, and just because Obama’s new law completely screws up one-sixth of the economy does not mean that he can unilaterally change it.  In our system, Congress makes the laws and the president enforces them.  If we allow any president to unilaterally change laws whenever he does not like them, then that puts us dangerously close to having a dictator in the White House.

Yes, Obamacare is an absolute nightmare of a law.

But if Obama is going to follow the Constitution, then any changes to Obamacare must go through Congress.

He simply does not possess the power to unilaterally change a law by himself.

Does the Constitution matter in America anymore?

And what Obama is trying to do is not likely to save many health insurance policies anyway.  Marc Thiessen recently explained why this is the case…

For three years, at Obama’s direction, insurers and state regulators have been planning to cancel millions of individual market plans and move those people into the Obamacare exchanges at the end of this year. That process cannot be easily reversed six weeks before the transfer was to take place. Insurers did not negotiate prices with doctors and hospitals, or put plans through the state regulatory process. There is no magic wand the president can wave to suddenly reinstate canceled plans.

If Obama’s fix fails, a humanitarian disaster will ensue. Come Jan. 1, millions of Americans could find themselves without the health coverage Obama promised they could keep. Suddenly, the horror stories we are hearing today of people getting cancellation letters will be replaced by horror stories of cancer patients having their treatment disrupted and sick children being cut off from their doctors and hospitals. The outrage Americans are expressing today will pale by comparison to the outrage that will ensue when people who had insurance before Obamacare can’t get medical care they are accustomed to because they lost their plans.

And as Richard A. Epstein recently noted, many health insurance company executives are absolutely outraged that Obama has now given them a task which will be nearly impossible to accomplish on time…

A major new disclosure program will need to be built from scratch over the Christmas holidays, on top of a reinstatement process that has to overcome huge hurdles within individual companies who have to reprice their revised policies before gaining regulatory approval on a state-by-state basis. No wonder their executives are up in arms.

But even if by some miracle Obama’s “fix” is implemented successfully, there is still the matter that this is completely and totally unconstitutional.  The following is how U.S. Senator Rand Paul expressed his concerns the other day…

Obamacare is not “fixable,” and the president’s administrative attempts to fix it are “unconstitutional,” Sen. Rand Paul (R-Ky.) told Fox News on Monday.

“One of the clear separations of powers was that the legislature was supposed to legislate and the president wasn’t. He’s essentially amended Obamacare maybe 20- some-odd times, and I don’t think he’s allowed to. And so I think it needs to be decided in court,” Paul said.

Yes, this most definitely needs to go to court.

Once again the U.S. Congress is going to stand by and watch a president trample all over the Constitution and do nothing about it.

Meanwhile, the reality of how horrible Obamacare is turning out to be continues to sink in.

For example, a 48-year-old single mother that Obama specifically singled out as an “Obamacare success story” is now discovering that she can’t afford her new health insurance policy after all…

The CNN report quotes President Obama as saying, “I recently received a letter from a woman named Jessica Sanford in Washington state. And here’s what she wrote, I am a single mom, no child support, self-employed. and I haven’t had insurance for 15 years because it’s too expensive. I was crying the other day when I signed up, so much stress lifted.”

“But days, just really three days after she was mentioned by the president, Jessica Sanford started having problems, she was receiving letters from the Washington state health exchange,” reports CNN. “The first letter telling her that tax credit was reduced, therefore, increasing the cost of her health care plan and the, take a look at this, then she received a letter just last week telling her that her tax credit had been taken away all together. Show you another document here, showing what the tax credit worked out to be… zero dollars according to this document that was provided to us by Jessica Sanford. She describes all of this as a roller coaster ride. Now she says she can’t afford insurance in Washington state because of the new developments.”

So what do you think of Obamacare so far?

And what do you think of the fact that Obama is blatantly trampling all over the Constitution? 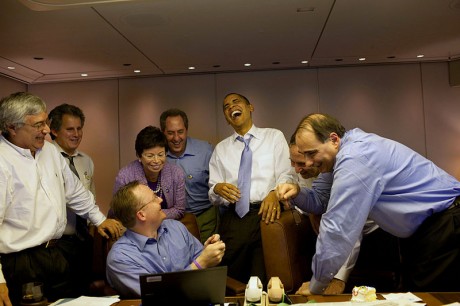