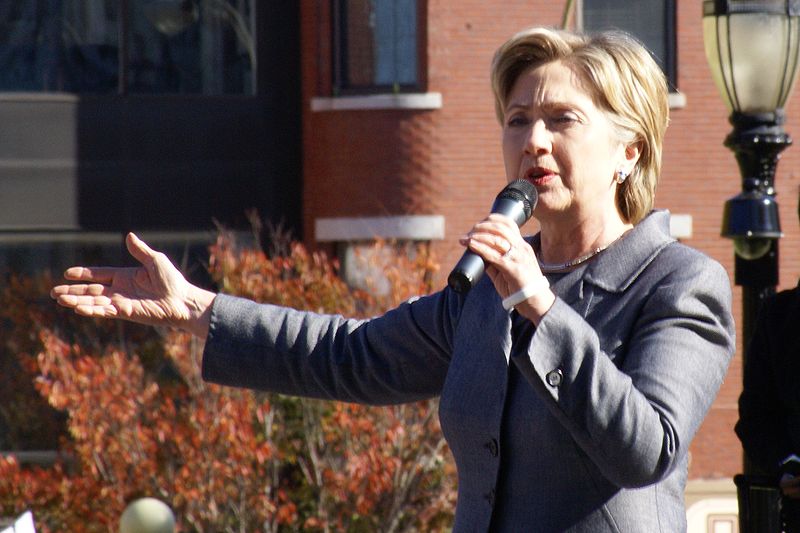 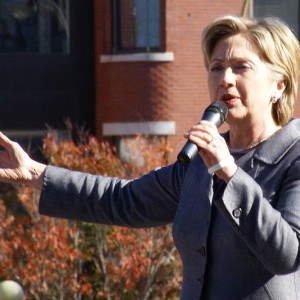 The next presidential election is still nearly two years away, and yet the mainstream media is already telling Americans who they are supposed to vote for.  Now that Jeb Bush has all but officially declared that he is running for president, a “dream matchup” between Bush and Hillary Clinton is being touted as “inevitable”.  But is this what the American people actually want?  Most liberals seem to truly dislike Clinton, and most conservatives can’t stand Bush at this point.  And yet when the time comes, the big money donors will line up behind them and they will get far more media coverage than the other candidates.  Yes, there is still a chance that another establishment candidate such as Mitt Romney could jump ahead of Bush on the Republican side, and there is also a chance that Hillary Clinton may decide not to run at all (more on that below).  But when it is all said and done, it is virtually certain that Americans will have a choice between establishment candidate #1 and establishment candidate #2 on election day 2016, and that is absolutely sickening.

We have already had 20 years of Bush/Clinton, and if it is Jeb Bush vs. Hillary Clinton in 2016 we will be guaranteed another four years.

The Bushes and Clintons are portrayed as “enemies” by the mainstream media, but that is not even close to the truth.  The two families have a long, friendly relationship, they have taken vacations together, and they even publicly joke with each other over social media.  The following is just one example that was recently highlighted in Time Magazine… 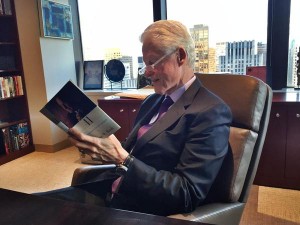 Clinton’s #HowAreYouStillNotOnTwitter hashtag is a reference to his President’s Day tweet this year, which ribbed the younger Bush for not having an account. This time, Bush responded. He posted Clinton’s tweet on Instagram with the caption, “Thanks, 42! Hope you like the book about your pal, #41. #HowAreYouSTILLNotOnInstagram #PresidentialGrammers #BrotherFromAnotherMother”.

And when it comes to politics, there is very little actually separating the two families on a practical basis.  That is why it seemed like nothing really changed no matter who was in the White House.  The truth is that the Bushes and the Clintons are both progressives that eagerly promote the globalist agenda of the New World Order elite.

But to this day, there are still many good conservatives that truly believe that George W. Bush is one of them.  Even when Laura Bush went on national television and declared that she is solidly pro-choice and that she enthusiastically supports gay marriage, that didn’t bother them.  All they know is that the Bushes are on the “red team” and that they have to do whatever they can to defeat the evil Democrats on the “blue team”.

And in 2016, Jeb Bush will tout himself as a “conservative” once again despite his ultra-liberal stances on important conservative issues such as immigration.  If he becomes president, he will probably fill up his cabinet with social liberals just like George W. Bush did, and everyone will still refer to him as a “conservative”.

How can people be so blind?

On Tuesday, Jeb Bush publicly announced that he plans to “actively explore” running for president.

In other words, he was sending a warning message to other potential Republican candidates that the “big dog” has arrived.

The following is the text of his announcement…

Like many of you, our family was blessed with the opportunity to gather together over the recent Thanksgiving holiday.

Columba and I are so proud of the wonderful adults our children have become, and we loved spending time with our three precious grandchildren.

We shared good food and watched a whole lotof football.

We also talked about the future of our nation. As a result of these conversations and thoughtful consideration of the kind of strong leadership I think America needs, I have decided to actively explore the possibility of running for President of the United States.

In January, I also plan to establish a Leadership PAC that will help me facilitate conversations with citizens across America to discuss the most critical challenges facing our exceptional nation. The PAC’s purpose will be to support leaders, ideas and policies that will expand opportunity and prosperity for all Americans.

In the coming months, I hope to visit with many of you and have a conversation about restoring the promise of America.

Best wishes to you and your families for a happy holiday season. I’ll be in touch soon.

Meanwhile, Hillary Clinton has been pretty much plotting to run in 2016 since one minute after Barack Obama’s victory in 2012.

But there are still a couple of things that could derail her seemingly “inevitable” path to the Democratic nomination.

Firstly, there are persistent whispers about Hillary’s health.  She is 67 years old right now, and election day is still two years away.  MSNBC has asked if Hillary is “too old” to be president, and there are rumors about brain cancer that Hillary just can’t seem to shake.

If Hillary does decide not to run, health will probably be the primary reason.

However, there is always the “Bill factor” to contend with as well.

Just like Bill Cosby, Bill Clinton has a very long list of women that have accused him of sexual crimes.  The following is an excerpt from a recent Daily Caller article…

Eileen Wellstone, a 19-year-old English woman, said Clinton sexually assaulted her after she met him at a pub near the Oxford where Clinton was a student in 1969. In fact, Clinton was expelled from Oxford and earned no degree there.

Juanita Broaddrick, a volunteer in Clinton’s gubernatorial campaign, said he raped her in 1978. Mrs. Broaddrick suffered a bruised and torn lip, which she said she suffered when Clinton bit her during the rape. Broaddrick gave a stunning interview to NBC’s Lisa Myers about the assault.

The article goes on to list quite a few more.  If you are interested, you can read the rest of that article right here.

Despite everything that has gone on, Bill Clinton is still sleeping around.

In fact, according to Ronald Kessler’s new book entitled “The First Family Detail: Secret Service Agents Reveal the Hidden Lives of Presidents“, one of his latest girlfriends was known as “the Energizer”, and sometimes she even brought cookies to the Secret Service agents that guard Bill…

But despite how outrageous this is, we all know that the American people have a tendency to look the other way on things like this.

After all, they elected a con man named Barack Obama to the highest office in the land without ever really looking into his background much at all.

So that is why the Bushes, the Clintons and many of our other politicians act the way that they do.  They keep getting away with things over and over and over, so they just keep pushing the envelope.

In the end, we get the leaders that we deserve.