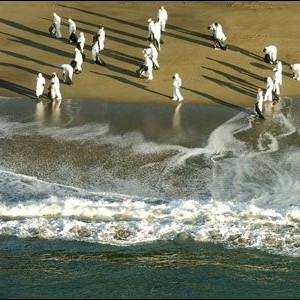 BP has been caught red-handed using dirt cheap prison labor to clean up the oil spill along the coast of the Gulf of Mexico as thousands upon thousands of non-inmates beg for work.  So why would BP use prison labor when there are so many others who would gladly do the work?  Well, prison labor costs far, far less of course.  As bad as this is for BP’s public image, the truth is that we should not be too hard on them.  After all, exploiting cheap labor around the world has become an obsession for the big global corporations that dominate our economy.  To these gigantic global predators, the American Dream is not about providing good jobs so that middle class Americans can buy homes and send their kids to college.  No, to these behemoths the goal is to find the closest thing to slave labor that they can so that they can dramatically increase their profits.

So yes, it is wrong that BP has been using cheap or free prison labor to clean up the oil spill.  But the truth is that they can defend themselves by saying that “everyone else is doing it” and they would be right.  We have set up a system where the exploitation of labor is highly rewarded.

In a recent article for The Nation, Abe Louise Young shined a light on BP’s hiring practices down in the Gulf.  It turns out that people highly objected to seeing workers with uniforms that said “Inmate Labor” on them, so now BP is being much more sneaky about things….

I got an answer one evening earlier this month, when I drove up the gravel driveway of the Lafourche Parish Work Release Center jail, just off Highway 90, halfway between New Orleans and Houma. Men were returning from a long day of shoveling oil-soaked sand into black trash bags in the sweltering heat. Wearing BP shirts, jeans and rubber boots (nothing identifying them as inmates), they arrived back at the jail in unmarked white vans, looking dog tired.

Now, it must be admitted that cleaning up the oil on these beaches is not a good job.  In fact, there are some very real health hazards that come along with cleaning this stuff up.

So the loss of these jobs is not really worth getting all worked up over.

However, what is worth getting worked up about is the tens of millions of good jobs that have been shipped off to China, India and a host of third world nations.

Today, a very high percentage of the products that we buy in “big box” retail stores are manufactured in close to slave labor conditions on the other side of the globe.

We certainly enjoy the “low, low prices” that we get as a result of this cheap labor, but then we wonder why Steve, John and Frank down the street are out of work and can’t get jobs no matter what they do.

The truth is that there are approximately 6 unemployed Americans for every single job opening out there today.

There are not nearly enough jobs for everyone, and that is not going to change any time soon.

Once great manufacturing cities such as Detroit are now so run down that they look like war zones.

Well, we allowed the big global corporations to ship their jobs overseas so that we could save a little bit of money on all the plastic crap that we keep filling our shopping carts with.

But in the end, we are still paying the price.

You see, now instead of our economy providing jobs for America’s working class, we now have to give an increasing number of them handouts just so they can survive.

Without jobs, people cannot take care of themselves or their families, so the taxpayers have to end up taking care of them.

21 percent of all children in the United States are living below the poverty line in 2010, which is the highest rate in 20 years.

So, yes, in the end our society ends up paying a very high cost for all of the “low price” products from China and the third world.

Meanwhile, the very wealthy are doing quite well.  It turns out that exploiting cheap labor around the globe is very lucrative.

Does that seem fair to you?

Not that it is wrong to make money.  Making money is a good thing.  But is there not something wrong with a system where 66% of the income growth goes to 1% of the people?

The truth is that the very rich are getting much richer while the rest of us are increasingly struggling.

For example, only the top 5 percent of all U.S. households have earned enough additional income to match the rise in housing costs since 1975.

Are you stretched to the max trying to pay for your home?

You are not alone.  Tens of millions of American families are up to their eyeballs in debt and are trying to figure out how to survive from month to month.

The reality is that the middle class is being squeezed like they never have been before.

The current economic system does not value the labor of working class Americans.  In fact, hiring American workers is seen as a big negative in today’s economic environment.

America is rapidly being deindustrialized and American workers are being increasingly merged into the new “global” labor pool.  If we allow this to continue, our standard of living will eventually match the standard of living that we see around the rest of the globe.

Is that what you really want? 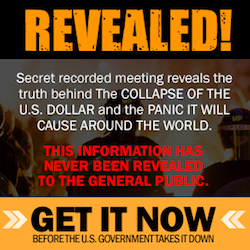