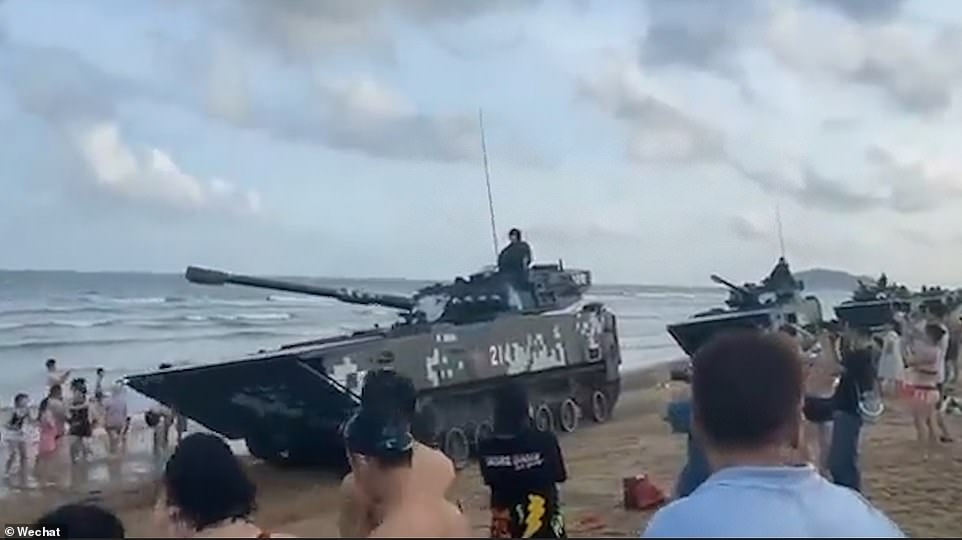 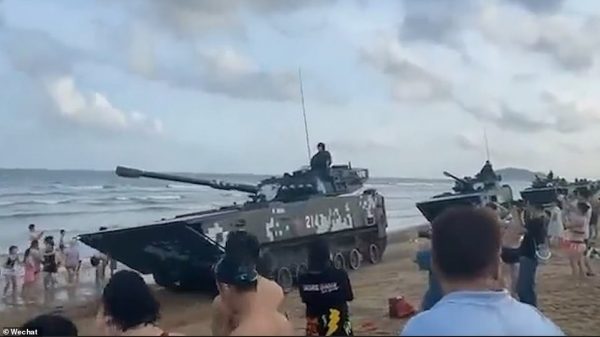 Chinese forces are gathering directly across from the Kinmen Islands.  Those islands are currently controlled by Taiwan, and China may be preparing a move to grab them.  If China actually does such a thing, all hell could break loose.  Taiwan could potentially start launching missiles at any Chinese units that try to invade the Kinmen Islands, and if that happens the Chinese would inevitably return fire.  In addition, there is no way that the Biden administration would allow such a move by China to go unanswered.  Earlier this year the entire world was shocked when Russian forces moved into Ukraine, and we could be right on the verge of another historic moment that changes everything.

Of course we would not be talking about this right now if Nancy Pelosi had not gone to Taiwan.

It was an incredibly foolish decision, but when Pelosi arrived on the island she was greeted like a rock star…

As Pelosi’s motorcade approached her hotel, escorted by police cars with flashing red and blue lights, scores of supporters cheered and ran toward the black vehicles with their arms outstretched and phone cameras on. The motorcade drove straight into the hotel’s parking lot.

Over the past couple of days, there is one question that I keep pondering.

Why did Nancy Pelosi really go to Taiwan?

Top politicians such as Pelosi usually have very selfish motives for many of the decisions that they make.

Does Pelosi think that this trip will make her look “presidential”?  Could she actually be planning a run for the presidency if Joe Biden can’t do it in 2024?

She is very close to the end of her career, and so maybe she figures that she should give it a shot before she is gone for good.

In any event, Pelosi’s stunt has absolutely infuriated the Chinese, and they are promising that there will be severe consequences for “those who play with fire”…

The Communists raged Pelosi’s visit was a “serious violation” of their sovereignty and vowed to take “all necessary measures”.

“These moves, like playing with fire, are extremely dangerous. Those who play with fire will perish by it,” said the China’s foreign ministry.

A lot of people expected the Chinese to respond militarily as soon as Pelosi arrived in Taiwan.

When that didn’t happen, China was relentlessly mocked on social media in the western world.

But that is not how these things work.

Major military operations are quite complicated, and it takes time to properly coordinate them.

So it may be days or even weeks before we learn exactly what the Chinese have planned.

Meanwhile, the Chinese have announced that there will be a series of live-fire drills in the waters off Taiwan from Thursday through Sunday…

Beijing announced six exclusion zones encircling Taiwan to facilitate live-fire military drills from Thursday to Sunday, with some of the areas crossing into the island’s territorial waters. The size and scope of the areas could set the stage for the Chinese military’s most provocative actions near Taiwan in decades.

Separately, the People’s Liberation Army said exercises could start as soon as Tuesday, leaving open the possibility of military activities around Taiwan while Pelosi was visiting. The operations include “long-range live firing in the Taiwan Strait” and “regular-guided fire testing in the eastern waters” off Taiwan from Tuesday evening, the PLA said.

The website of Taiwan’s presidential office went dark Tuesday due to an alleged distributed denial-of-service attack, with other government websites also impacted.

Tense moment: The attack took place hours ahead of House Speaker Nancy Pelosi’s visit to Taiwan. The Chinese government threatened to take action to respond to the trip, and Taiwan is reportedly readying air raid shelters in anticipation of a potential Chinese attack.

It would be wonderful if the Chinese stopped there.

Unfortunately, that is not likely to happen.

In fact, it is being reported that Chinese tanks are massing “on the coast of Fujian along the Taiwan Strait”…

A furious Beijing today warned US politicians they will ‘come to no good end’ if they ‘play with fire’ over Taiwan as video emerged purportedly showing tanks lined up on beaches opposite the island.

Chilling footage shared on Chinese social network Weibo appears to show amphibious tanks on the coast of Fujian along the Taiwan Strait. Further footage shows military equipment on the move in the city of Xiamen.

And chilling footage shared on Chinese social network Weibo appears to show a column of amphibious tanks reportedly massing on beaches in Fujian along the Taiwan Strait.

Other footage shows a large amount of military equipment on the move in the province, including tanks on trains and columns of vehicles gridlocking Xiamen.

The closest point between China and Taiwan is the Kinmen Islands – which are around six miles east of Xiamen.

At this point we do not know if the Kinmen Islands will be a definite target.

In the last 24 hours, commercial flights have been abruptly canceled from airports in several cities in Fujian province. These airports include Xiamen, Fuzhou and Quanzhou. Xiamen Airlines put out a statement saying that the flight cancelations were due to “regional traffic control” and did not elaborate further.

We will have to wait and see how this plays out.

But without a doubt, I fully expect the Chinese to make some sort of a major statement in the days ahead.

Chinese propaganda released yesterday showed off their military as soldiers in the clips vowed to fight to the death.

“We are fully prepared for any eventuality. Fight upon order, bury every intruder, and move toward joint and successful operations,” the troops said, reports Chinese state media tabloid The Global Times.

“We are PLA soldiers, we swear to defend the motherland to the death.”

We have been warned for a long time that war with China would be coming.

I just didn’t think that it would get here quite so quickly.

Global events are starting to move very rapidly now, and I have a feeling that the months ahead will contain a lot more surprises.