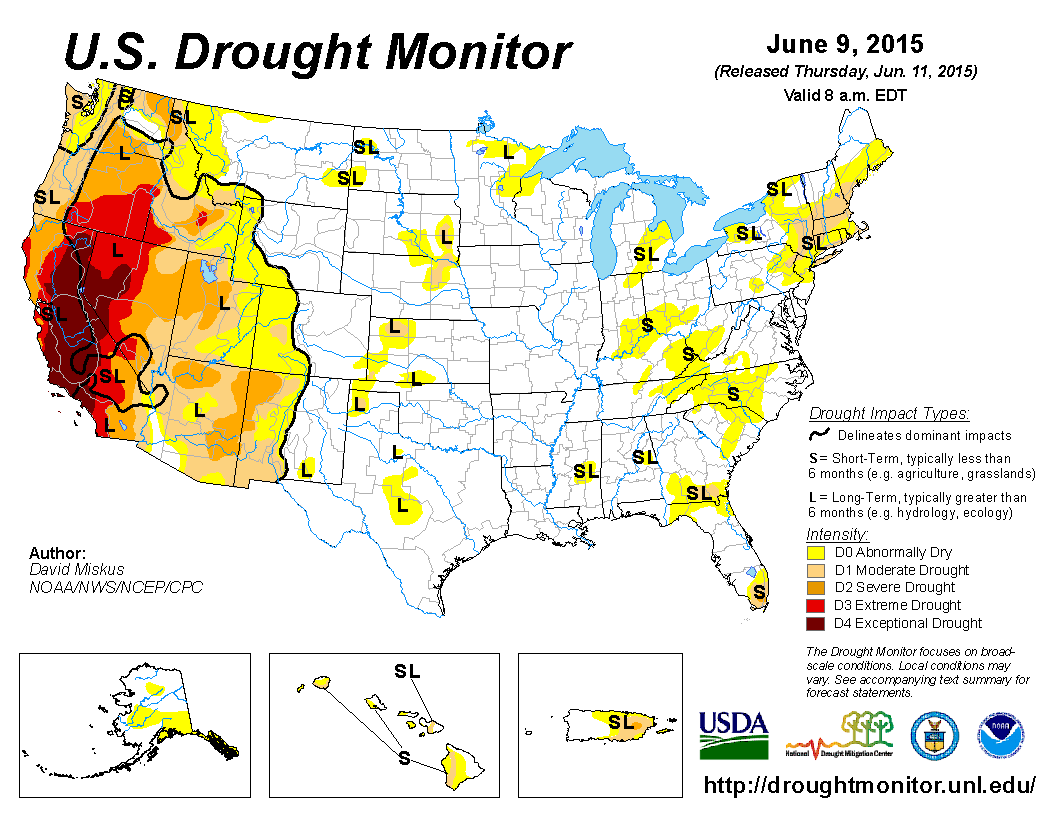 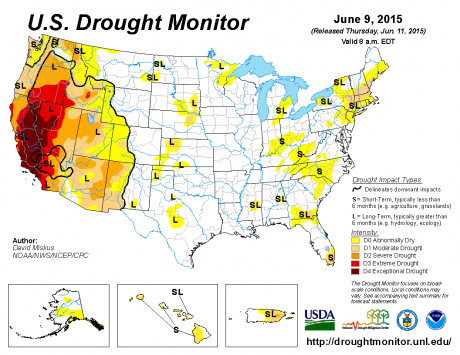 Things have never been this dry for this long in the recorded history of the state of California, and this has created an unprecedented water crisis.  At this point, 1,900 wells have already gone completely dry in California, and some communities are not receiving any more water at all.  As you read this article, 100 percent of the state is in some stage of drought, and there has been so little precipitation this year that some young children have never actually seen rain.  This is already the worst multi-year drought in the history of the state of California, but this may only be just the beginning.  Scientists tell us that the amount of rain that California received during the 20th century was highly unusual.  In fact, they tell us that it was the wettest century for the state in at least 1000 years.  Now that things are returning to “normal”, the state is completely and total unprepared for it.  California has never experienced a water crisis of this magnitude, and other states in the western half of the nation are starting to really suffer as well.  In the end, we could very well be headed for the worst water crisis this country has ever seen.

When I said that some communities in California are not receiving any more water, I was not exaggerating.  Just consider the following excerpt from one recent news report…

The community of Mountain House is days away from having no water at all after the state cut off its only water source.

Anthony Gordon saves drinking water just in case, even though he never thought it would come to this.

“My wife thinks I’m nuts. I have like 500 gallons of drinking water stored in my home,” he said.

The upscale community of Mountain House, west of Tracy, is days away from having no water. It’s not just about lawns—there may not be a drop for the 15,000 residents to drink.

So what are those people going to do?

And what is this going to do to the property values in that area?

Who in the world is going to want to buy a home that does not have running water coming to it?

Other communities throughout the state are pumping groundwater like crazy in a desperate attempt to continue with business as usual.  In fact, it is being projected that groundwater will account for almost all water used in the entire state by the end of this year…

Underground aquifers supply 35 percent of the water used by humans worldwide. Demand is even greater in times of drought. Rain-starved California is currently tapping aquifers for 60 percent of its water use as its rivers and above-ground reservoirs dry up, a steep increase from the usual 40 percent. Some expect water from aquifers will account for virtually every drop of the state’s fresh water supply by year end.

But of course this creates a huge problem.  When the groundwater is gone, it is gone for good.  Those aquifers took centuries to fill up, and now they are being drained at a staggering rate.  In some parts of the state, aquifers are being drained so fast that it is causing thousands of square miles of land to sink…

Californians have been draining water so rapidly from underground aquifers that tens of thousands of square miles of land reportedly are sinking — so drastically that the shifting surface is starting to destroy bridges and crack highways across the state, according to a recent report by the Center for Investigative Reporting.

For those who are saying, “There’s no water problem in California! It has the entire Pacific Ocean right next door!”, you need to look into the catastrophic environmental destruction tied to ocean water desalination.

Not only does desalination use fossil fuels which emit the very same carbon emissions that the California government insists caused the drought in the first place, the desalination process itself pollutes the ocean with high concentration salt brine that kills marine ecosystems and destroys ocean life along the California coastline.

And that’s on top of all the Fukushima radiation that’s already causing a marine ecosystem collapse in many areas of the coast. Add more salt brine to the mix and you get a state where rich, self-entitled Hollywood celebrities demand their lush, green lawns at the expense of ocean life, climate change and the global ecosystem. If that happens, California will lose all credibility as a “green” state, and its wealthiest residents will be living an ecological lie.

Potable water reuse – or converting sewage effluent to heavily-treated, purified drinking water – is receiving renewed attention in California in the midst of the state’s four-year drought.

According to a report by the Los Angeles Times, “California water managers and environmentalists” are pushing the idea of recycled sewage water. Yet past efforts in the state to employ similar systems have stalled, as opponents have dubbed the concept “toilet to tap.”

How would you feel about that?

Would you be willing to have your family drink water that came from the toilets of your neighbors?

I don’t think that I could do that.

But something has to be done.  It is not just the state of California that is experiencing a major water crisis.  All over the world, underground aquifers are being drained rapidly.  In fact, according to the Washington Post, 21 out of the 37 largest aquifers in the world “have passed their sustainability tipping points”…

The world’s largest underground aquifers – a source of fresh water for hundreds of millions of people — are being depleted at alarming rates, according to new NASA satellite data that provides the most detailed picture yet of vital water reserves hidden under the Earth’s surface.

Twenty-one of the world’s 37 largest aquifers — in locations from India and China to the United States and France — have passed their sustainability tipping points, meaning more water was removed than replaced during the decade-long study period, researchers announced Tuesday. Thirteen aquifers declined at rates that put them into the most troubled category. The researchers said this indicated a long-term problem that’s likely to worsen as reliance on aquifers grows.

Sadly, this is just the beginning.  There is a reason why experts refer to fresh water as “the new oil”.  Without fresh water, none of us can survive.  But we are very quickly getting to the point where there simply won’t be enough of it for everyone on the planet.

As for the state of California, it was once a desert and now it is turning back into a desert.  As I mentioned earlier, the 20th century was the wettest century that part of North America had seen in at least 1000 years.  During that time, we built enormous cities all over the Southwest that currently support millions upon millions of people.  But now we are learning that those cities are not sustainable.

So what should be done?  Please feel free to share what you think by posting a comment below…