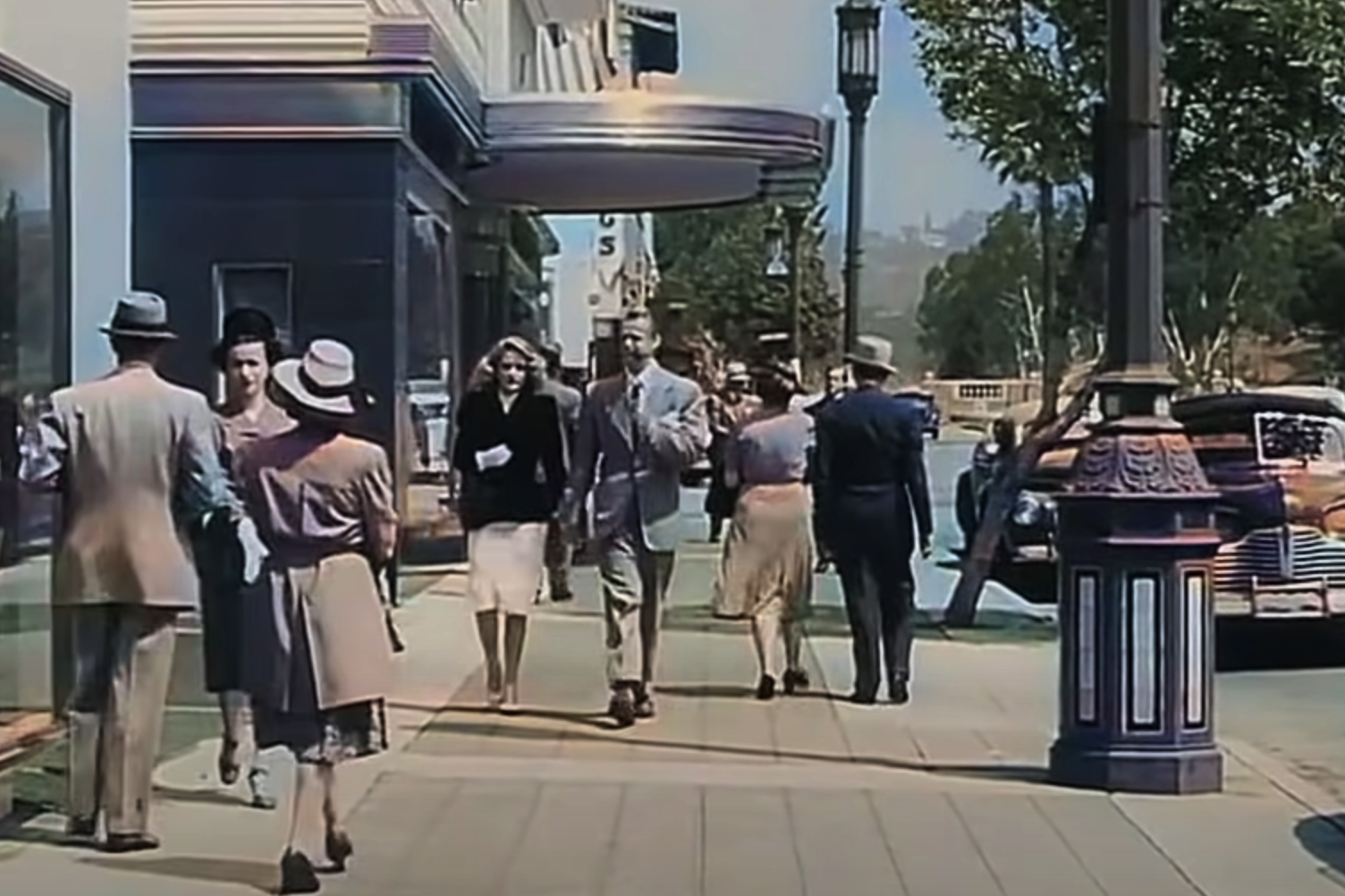 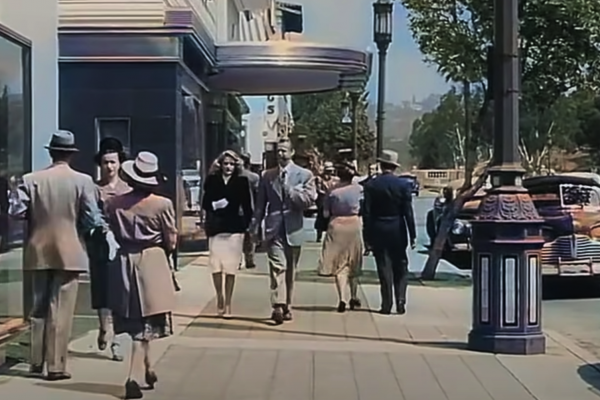 In order to understand how far we have fallen as a society, we need to take a look back at how Americans once lived.  Because the way that we live today would be unrecognizable to those that inhabited our cities in the middle of the last century.  We like to think of ourselves as the most advanced and most sophisticated generation that the United States has ever produced, but the truth is that we are filthy, disgusting “pig people” compared to the generations that have come before us.  If you think that I am exaggerating, I would like for you to just watch the first two minutes of this video that shows what the streets of California were like in the 1940s.

The first time I watched that video I was absolutely floored.

Right away I noticed the fact that everyone was dressed very well.  I only saw one man in the entire video that did not have a tie on, but even he was wearing nice pants and a nice jacket.

Wouldn’t it be wonderful if there was even one country in the world where people dressed like that today?

The people in the video had standards, and anyone that failed to live up to those standards would stick out like a sore thumb.

Today, we take great pride in being as informal as possible.

Or, putting it another way, we have become a nation of complete slobs.

Another thing that really struck me about the video is that everything is clean.

Just watch the video again and you will see what I mean.

The sidewalks, the streets and even the vehicles are so clean that you could literally eat off of them.

Obviously the people of that time took great pride in their communities.  To me, it is astounding how “perfect” everything looks.

Of course there has never been a time when everything has actually been “perfect”, but the contrast between then and now is incredibly striking.

Unfortunately, the thin veneer of civilization that Americans were once able to take for granted has been steadily disappearing.  Today, crime in southern California is completely and utterly out of control…

To put it mildly, these are scary times in Los Angeles. Since November, there have been dozens of dramatic smash-and-grab heists at Nordstrom, Louis Vuitton, Saks Fifth Avenue, and other high-end stores. The Grove, victim of several such “smash mob” attacks, started installing barbed-wire-like fencing around its property every night to deter invaders, while the tony boutiques of Rodeo Drive have added dozens of security guards to patrol their floors. From South L.A. (where a CVS was ransacked by a mob of looters) to Studio City (where a man was attacked while taking out the garbage from his house, then tied up along with his disabled son and forced to watch while his home was plundered) to Hancock Park (where a mother pushing a baby in a stroller was robbed in her driveway and 24-year-old Brianna Kupfer was stabbed to death while working at a furniture on North La Brea on January 13), you can all but smell the fear on the streets.

How did things go so horribly wrong?

During a photo-op recently at a stretch of Union Pacific railroad tracks in Los Angeles, Gov. Gavin Newsom expressed shock at the accumulated garbage: busted-open cargo containers, looted packages, cardboard boxes, and acres of trash. “I’m asking myself, what the hell is going on? We look like a third-world country,” he said.

Needless to say, it isn’t just southern California where looting is becoming a way of life.

In New York, one team of professional looters recently tried to hit a Louis Vuitton store “for the second time in less than a month”…

Disturbing video captured shoppers at a Louis Vuitton store in the New York suburbs try to prevent a crew of thieves from ransacking the luxury retailer for the second time in less than a month – only for the brazen bandits to escape when mall security guards sat back and watched.

In the video, the suspects are seen fleeing the store at the Westchester Mall in White Plains, as other people nearby attempted to stop them. But as the chaotic scene unfolds, an apparent mall security guard hangs back and watches, but does nothing.

Americans in the 1940s didn’t have to worry about this sort of thing, because they lived in a highly civilized society.

And the next generation of Americans is poised to take things to an even lower level.  According to one recent report, 77 percent of all high school students in Baltimore “have an elementary school reading level”…

More than three quarters of students at one Baltimore high school are reading at an elementary level, with many reading at a kindergarten level.

Fox Baltimore reported that a teacher at Patterson High School, one of the largest high schools in the city, came forward with information showing 77% of students at the schools were found to have an elementary school reading level. Patterson has a 61% graduation rate and a $12 million budget. The teacher has not been identified to protect them from retaliation.

It can be easy to pick on Baltimore, but the truth is that there are probably hundreds of other communities all across America that would have similar numbers.

From coast to coast, our nation is degenerating at a pace that is absolutely breathtaking.

If you walk down the streets of any of our major cities today, you aren’t going to encounter highly civilized people like you saw in the video above.

Instead, you may run into some “woke” young adults that our rapidly decaying system of education has recently produced.

One of the reasons why I have written so much about our societal collapse over the years is because I want America to wake up.

We are capable of being so much more than we are right now.

Previous generations of Americans proved that.

But if we are going to turn things around, we need to take action soon, because the clock is ticking and time is running out.