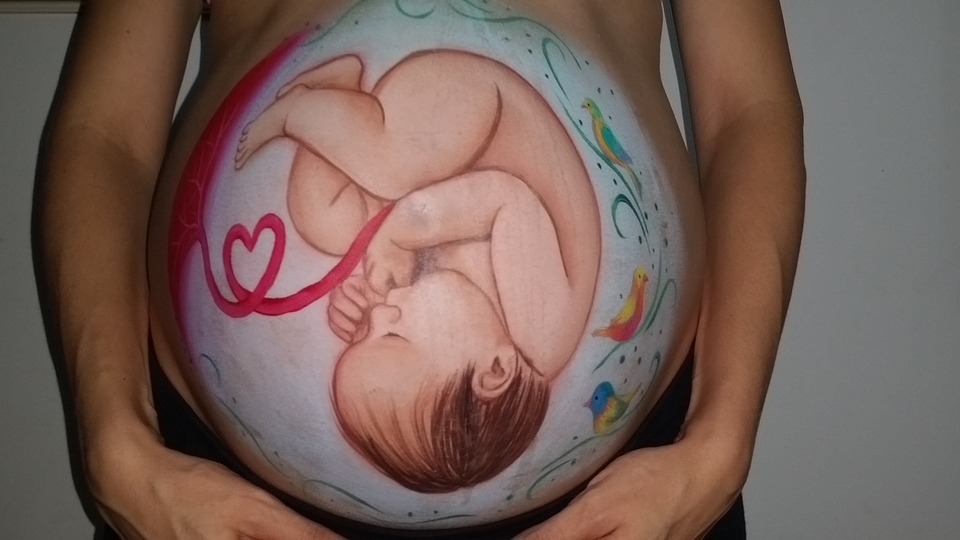 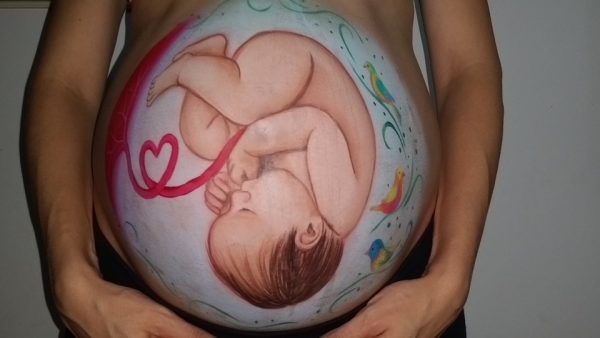 Do you think that men should be having babies? Years ago I remember being told that someday we would see these sorts of headlines, but such a thing seemed so impossible to me at the time. Well, now it is actually happening. Over in the UK, a 21-year-old British man named Hayden Cross has just given birth to a baby girl. But of course Hayden was not actually born a man. Hayden used to be known as “Paige Cross”, but eventually a decision was made to embrace a transgender lifestyle. However, Hayden put his transition on hold in order to become pregnant and give birth.

Now that the birthing experience is over, Hayden plans to “complete his gender realignment as soon as possible”. The following comes from a major British news source…

He put his transition on hold to fall pregnant by a sperm donor.

Cradling his daughter the beaming parent said: “She’s perfect in every way.”

Following the birth Hayden now plans to return to complete his gender realignment as soon as possible.

The proud father was born a girl, Paige, 21 years ago.

The reason why this story is getting so much attention is because this is something entirely new, but if doctors have their way men all over the world may soon be getting pregnant.

Fertility doctors in the U.K. are reportedly working on womb transplant procedures that would allow transgender people born as males, and also other men, to have babies.

Dr. Amel Alghrani of Liverpool University said that such a transplant procedure is a real possibility, and explained that it could help not only transgender women have children, but also gay and straight men who “wanted to experience the joys of carrying a child.”

So if a man had a “womb transplant” and still wanted to be known as a man, what would be the proper way to identify such a person?

As I discussed just recently, “gender fluidity” is becoming a major trend in our society, and the lines between “male” and “female” are increasingly being blurred. In fact, fashion designers are now putting out dresses, skirts and 8 inch heels for men.

At this point, even the U.S. military is having to deal with these issues. An Obama-era policy that would have forced the military to accept transgender service members has been delayed by the Trump administration until January 1, 2018, and there are many that are trying to get that deadline pushed back indefinitely…

According to Liberty Counsel, the “Obama-era policy would have allowed incoming service members identifying as ‘trangender’ to enlist if they have been ‘stable’ in their gender identity for 18 months.”

The organization explained: “Such a policy is wide-reaching, applying to use of barracks, bathrooms, shower rooms, and coerced ‘training’ of military and civilian personnel. The Obama policy directly undermines unit readiness as well as religious and conscience objections.

“Then, of course, there are the practical implications – like biological men showering next to women, ‘male pregnancies,’ and off-duty drag,” FRC explained.

Previous generations of Americans never had to face these issues, and our world is changing at a pace that is almost incomprehensible.

Eventually, we could see the day come when most pregnancies are actually created in laboratory settings. Stanford University professor Hank Greely believes that this would give couples the opportunity to choose embryos that have not inherited any diseases…

Within three decades people will no longer be having sex to procreate, a professor from Stanford University has said.

Hank Greely, the director of Stanford’s Law School’s Center for Law and the Biosciences, believes the reproductive process will begin with parents choosing from a range of embryos created in a lab with their DNA.

Although this can already take place, Mr Greely believes it will become far cheaper to do so and couples will opt for this method to prevent diseases.

If you are familiar with my work, then you already know how I feel about this sort of thing. Creating a bunch of embryos to select the “best one” and killing the rest is unspeakably evil.

But this is where our society is going. Technology is advancing at an exponential rate at the same time when we are in an accelerating state of moral decline. It is quite frightening to think about where this path will eventually lead us as a society.

Today, we literally have the ability to create human-animal chimeras and other “monsters” in our labs, but we lack the moral foundation to understand that this is deeply, deeply wrong.

Just because we can do something does not mean that we should. In so many ways technology has made all of our lives a lot better, but it can also open up doors to great darkness.

One of the reasons why western societies thrived over the centuries is because there was always respect for certain moral boundaries. But now that respect is rapidly disappearing all over the western world, and that has chilling implications for our future.

Moral laws are just as real as scientific laws, and when we willingly ignore them we do so at our own peril.