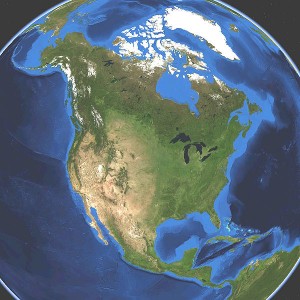 There seems to be a lot of confusion about what the NSA is actually doing.  Are they reading our emails?  Are they listening to our telephone calls?  Do they target American citizens or is it only foreigners that they are targeting?  Unfortunately, the truth is that we aren’t going to get straight answers from our leaders about this.  The folks running the NSA have already shown that they are willing to flat out lie to Congress, and Barack Obama doesn’t exactly have the greatest track record when it comes to telling the truth.  These are men that play word games and tell lies for a living.  So it would be unrealistic to expect them to come out and tell us the unvarnished truth about what is going on.  That is why it is so important that whistleblowers such as Edward Snowden have come forward.  Thanks to them and to the brave journalists that are willing to look into these things, we have been able to get some glimpses behind the curtain.  And what we have learned is not very pretty.  The following are 21 facts about NSA snooping that every American should know…

#1 According to CNET, the NSA told Congress during a recent classified briefing that it does not need court authorization to listen to domestic phone calls…

#2 According to U.S. Representative Loretta Sanchez, members of Congress learned “significantly more than what is out in the media today” about NSA snooping during that classified briefing.

#3 The content of all of our phone calls is being recorded and stored.  The following is a from a transcript of an exchange between Erin Burnett of CNN and former FBI counterterrorism agent Tim Clemente which took place just last month…

#4 The chief technology officer at the CIA, Gus Hunt, made the following statement back in March…

“We fundamentally try to collect everything and hang onto it forever.”

#5 During a Senate Judiciary Oversight Committee hearing in March 2011, FBI Director Robert Mueller admitted that the intelligence community has the ability to access emails “as they come in”…

“We put in place technological improvements relating to the capabilities of a database to pull together past emails and future ones as they come in so that it does not require an individualized search.”

#6 Back in 2007, Director of National Intelligence Michael McConnell told Congress that the president has the “constitutional authority” to authorize domestic spying without warrants no matter when the law says.

#7 The Director Of National Intelligence James Clapper recently told Congress that the NSA was not collecting any information about American citizens.  When the media confronted him about his lie, he explained that he “responded in what I thought was the most truthful, or least untruthful manner“.

Two of the four collection programs, one each for telephony and the Internet, process trillions of “metadata” records for storage and analysis in systems called MAINWAY and MARINA, respectively. Metadata includes highly revealing information about the times, places, devices and participants in electronic communication, but not its contents. The bulk collection of telephone call records from Verizon Business Services, disclosed this month by the British newspaper the Guardian, is one source of raw intelligence for MAINWAY.

The other two types of collection, which operate on a much smaller scale, are aimed at content. One of them intercepts telephone calls and routes the spoken words to a system called ­NUCLEON.

For Internet content, the most important source collection is the PRISM project reported on June 6 by The Washington Post and the Guardian. It draws from data held by Google, Yahoo, Microsoft and other Silicon Valley giants, collectively the richest depositories of personal information in history.

#9 The NSA knows pretty much everything that you are doing on the Internet.  The following is a short excerpt from a recent Yahoo article…

Americans who disapprove of the government reading their emails have more to worry about from a different and larger NSA effort that snatches data as it passes through the fiber optic cables that make up the Internet’s backbone. That program, which has been known for years, copies Internet traffic as it enters and leaves the United States, then routes it to the NSA for analysis.

#10 The NSA is supposed to be prohibited from spying on the Internet activity of American citizens, but it is doing it anyway…

Despite that prohibition, shortly after the Sept. 11 terrorist attacks, President George W. Bush secretly authorized the NSA to plug into the fiber optic cables that enter and leave the United States, knowing it would give the government unprecedented, warrantless access to Americans’ private conversations.

Tapping into those cables allows the NSA access to monitor emails, telephone calls, video chats, websites, bank transactions and more. It takes powerful computers to decrypt, store and analyze all this information, but the information is all there, zipping by at the speed of light.

“You have to assume everything is being collected,” said Bruce Schneier, who has been studying and writing about cryptography and computer security for two decades.

#11 It has been estimated that the NSA gathers 2.1 million gigabytes of data on all of us every single hour of every single day.

#12 In addition to collecting data on their own, a recent Bloomberg article claims that “thousands of firms” are giving your personal information directly to the NSA.

AT&T and other telecommunications companies that allow the NSA to tap into their fiber links receive absolute immunity from civil liability or criminal prosecution, thanks to a law that Congress enacted in 2008 and renewed in 2012. It’s a series of amendments to the Foreign Intelligence Surveillance Act, also known as the FISA Amendments Act.

#14 The NSA is constructing the largest data center in the world out in Utah.  It is going to have about a million square feet of storage space, it is going to cost about 2 billion dollars to build, and it is going to take about 40 million dollars a year just to pay for the energy needed to run the facility.  It is also being reported that it will have the capability of storing 5 zettabytes of data.

#15 The NSA has a budget of about 10 billion dollars a year.

#17 According to NSA whistleblower William Binney, the NSA has a “target list” of somewhere between “500,000 to a million people“.

#18 Binney also claims that the NSA “has the capability to do individualized searches, similar to Google, for particular electronic communications in real time through such criteria as target addresses, locations, countries and phone numbers, as well as watch-listed names, keywords, and phrases in email.”

#19 According to a recent Rasmussen survey, 57 percent of all Americans believe that the government will use the information that it collects “to harass political opponents”.

#20 Benjamin Franklin once wrote the following…

“They who can give up essential liberty to obtain a little temporary safety, deserve neither liberty nor safety.”

#21 This is what the Fourth Amendment to the U.S. Constitution says…

“The right of the people to be secure in their persons, houses, papers, and effects, against unreasonable searches and seizures, shall not be violated, and no Warrants shall issue, but upon probable cause, supported by Oath or affirmation, and particularly describing the place to be searched, and the persons or things to be seized.” 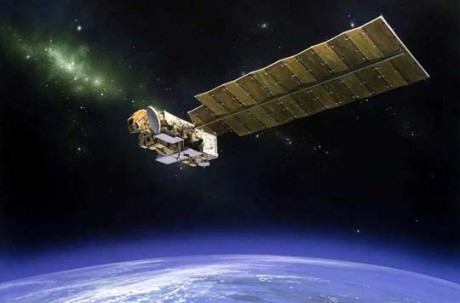