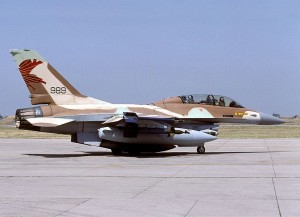 There is going to be war in the Middle East.  It is just a matter of time until it happens.  Israel has decided that there is no way that it can ever allow Iran to develop the capability to build nuclear weapons.  Iran has gone “all-in” on developing a nuclear program and it has become a matter of national pride at this point.  Iran does not fear an Israeli attack against its nuclear program.  In fact, Iran anticipates that an Israeli attack would cause the Islamic nations of the Middle East to come together and declare war against Israel.  Sadly, there is a very strong chance that an Israeli attack on Iran would actually spark a larger regional war.  But there is no way that Israel is going to allow Iran to develop the capability to build nuclear weapons, and time for a strike may be running out.  It has become quite clear that the Obama administration does not want to strike Iran.  So if Israel wants to do something about Iran, Israel is going to have to be the one to do it.  But if Obama wins the U.S. election in November, he might work to actively block Israel from attacking Iran for his entire second term, and the Israelis believe that by 2016 it will be way too late to do anything about Iran’s nuclear program.  If Israel attacks before the election, Obama would be in danger of appearing to be “anti-Israel” if he came out against the attack.  And considering the fact that Jewish voters are a key voting block in swing states such as Florida that is not something he would want to do.  But after the election Obama would not have to worry about what Jewish voters think.  After the election Obama could move to block an attack on Iran indefinitely.

Of course if Mitt Romney wins the upcoming election things would likely be different.  Romney has taken a much harder line against Iran than Obama has.

But the Israelis know that the upcoming election could go either way.

In fact, if the election was held today Obama would probably win.

That is why the next couple of months are such a potentially dangerous time for the Middle East.

If Israel does not move against Iran now, moving against them later could be far more difficult if Obama wins a second term.

So when could we potentially see an attack?

Well, it probably would not happen prior to or during the very important Jewish holidays that are coming up in late September and early October.

That means that the most likely time for a strike would be between mid-October and election day in the United States in early November.

But will it actually happen?

The following are 19 signs that Israel and Iran are on the verge of war….

#2 The Israeli military has been distributing brochures to the Israeli population instructing them what to do in the event that Israel launches a strike against Iran.

#3 Israel has ramped up the distribution of gas masks to the general public.

#4 One recent poll found that 25 percent of all Israelis said that they would leave the country if Iran got nuclear weapons.  The pressure on the Israeli government to do something before it is too late is enormous.

#6 Netanyahu reportedly “got into a diplomatic shouting match with US Ambassador Dan Shapiro” recently over what to do about Iran.

#7 According to Ynet News, Israeli Defense Minister Ehud Barak is in favor of striking Iran….

#8 Israeli Ambassador to the U.S. Michael Oren told MSNBC recently that the Israeli clock for a strike on Iran “is ticking faster” than the Obama administration clock.

#9 Former Mossad chief Efraim Halevy made the following statement back at the beginning of August….

“If I were an Iranian, I would be very fearful of the next 12 weeks”

#10 According to a new UN report, Iran’s nuclear program continues to grow stronger.  The following is from a recent article in the Jerusalem Post….

“A UN report released earlier in the day revealed that Iran doubled the number of uranium enrichment machines it has in an underground bunker, showing that Tehran continued to defy Western pressure to stop its atomic work and the threat of Israeli attack.”

“They have seen our missiles with a range of 2,000 kilometers in the Islamic Republic’s exercises, and in case of an attack, Tel Aviv will turn into ashes.”

#12 Iran is planning to hold a “massive air defense drill” during the month of October.

#13 Iran is promising to take military action against Israel if the United States attacks Syria.

#14 A retired Hezbollah general says that Iran wants to build a nuclear weapon to “create a balance of terror with Israel” and “finish off the Zionist enterprise.”

#15 Debka’s military and intelligence sources are reporting that Iran will have enough enriched uranium to build a nuclear weapon by October 1st.

#16 Something very unusual appears to be happening in Iran.  According to a report that was recently posted on Steve Quayle’s website, one Iranian family is reporting that Iranians are being ordered to stay inside for the next two weeks….

The husband said that their government has just shut sown the whole country for 2 weeks. Every business and every dwelling is ordered to close. Every citizen ordered to stay in their home. If they go out they are stopped by police and will have to show their id and or papers. Her husband said they are being told it is because the Arab leaders are meeting with their government for the next 2 weeks, and that’s all they were told.

#17 Russian President Vladimir Putin has severed military ties with both Iran and Syria.

#18 The Obama administration is so worried about an Israeli attack in Iran before the election that they are taking very public measures to let Israel know that they will be “on their own” if they decide to go through with it.

#19 A joint U.S./Israeli military exercise scheduled for late October has been dramatically scaled back by the Obama administration according to Time Magazine….

Well-placed sources in both countries have told TIME that Washington has greatly reduced the scale of U.S. participation, slashing by more than two-thirds the number of American troops going to Israel and reducing both the number and potency of missile interception systems at the core of the joint exercise.

Obama is apparently nervous about having a large contingent of U.S. forces over in Israel just prior to election day.  If Israel were to strike Iran at that time, U.S. forces could potentially be caught in the middle of a major conflict.

So will Israel roll the dice and launch an attack before the election even without the support of the Obama administration?

I think the odds of such an attack have increased, but I still believe that it won’t happen before election day.

The truth is that war in the Middle East is seemingly inevitable, and when it happens it could very well set off World War III.

War is always horrible.  Nobody should desire death and destruction.  But at this point it is really hard to see how war in the Middle East is going to be avoided. 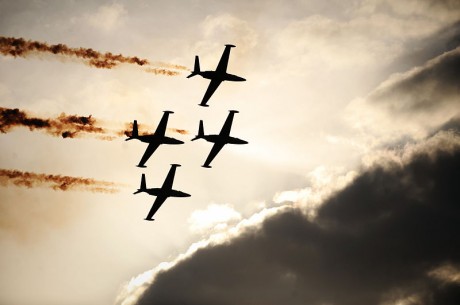