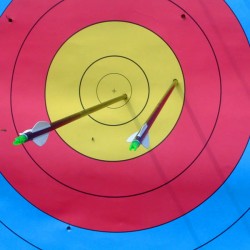 When the freedom of speech of one group is being threatened, it is a threat to all of us.  Just because you may not be a Christian, don’t think that what you are about to read is not a problem for you as well.  The truth is that any individual or group that does not “fit in” with the new “politically-correct” global system that is emerging is going to be persecuted sooner or later.  In our society today, it has become quite fashionable to bash Christians.  In fact, I am quite certain that some of the comments that get left after this article will say really horrible things about Christians.  But after “Big Brother” is done with the Christians, are you sure that they will not come after you next?  When I speak of “Big Brother”, I am not just speaking of the government.  In today’s world, giant corporations and the mainstream media also play instrumental roles in the totalitarian police state prison grid that is being constructed all around us.  The elite control the government, they run nearly all of the major corporations and they own most of the major media outlets.  Anyone that does not “conform” to their system is a threat.  As time goes by, the persecution of those that attempt to “rebel” against their system is only going to become more intense.

So if you are not a Christian, do not applaud when the system cracks down on Bible-believing Christians.

The following are 18 examples of how Christians are being specifically targeted by “Big Brother”….

#1 Home Bible studies are now banned in the city of San Juan Capistrano, California.  According to city officials, regular gatherings “of more than three people” in private homes are simply not allowed.  One couple that has held home Bible studies for years has already been fined twice and is being threatened with even more fines.

#3 In Wichita, Kansas last year, a Christian minister was handcuffed and hauled off to jail by police for sharing the gospel and handing out tracts to Muslims on a public sidewalk.  Apparently freedom of speech does not apply on the public sidewalks of America any longer.

#4 In the UK, police recently threatened a cafe owner with arrest for silently playing a Bible DVD on a small television on the back wall of his cafe.  The following is an excerpt from a Daily Mail article about this incident….

#5 Last year, a high school student in Southern California was suspended for two days because he had private conversations with his classmates during which he discussed Christianity.  He was also banned from bringing his Bible to school ever again.

If that had been said about another minority group, it would have made front page headlines for weeks.

#7 Down in Texas, the Department of Veteran Affairs actually tried to ban prayers that include the words “God” or “Jesus” during funeral services for veterans.

#9 An unclassified Department of Homeland Security report published a couple years ago entitled “Right-wing Extremism: Current Economic and Political Climate Fueling Resurgence in Radicalization and Recruitment” claims that a belief in Bible prophecy “could motivate extremist individuals and groups to stockpile food, ammunition and weapons.”  The report goes on to state that such people are potentially dangerous.

#10 Back on February 20, 2009, the State of Missouri issued a report entitled “MIAC Strategic Report: The Modern Militia Movement“.  That report warned that the following types of people may be potential terrorists….

#12 On June 18, 2010 two Christians decided that they would peacefully pass out copies of the gospel of John on a public sidewalk outside a public Islamic festival in Dearborn, Michigan and within three minutes 8 police officers surrounded them and placed them under arrest.

#13 A Christian consultant was recently fired by Bank of America and by Cisco because they discovered a book that he had written that expressed Christian viewpoints about social issues.

#14 A while back, a federal judge actually ruled that the University of California can deny course credit to applicants from Christian high schools that use textbooks that teach that it was God who created the earth.

#15 Back in 2009, one 8 year old boy in Massachusetts was sent home from school and was forced to undergo a psychological evaluation because he drew a picture of Jesus on the cross.

#17 During a Congressional hearing earlier this year, U.S. Representative Sheila Jackson Lee warned that “Christian militants” might try to “bring down the country” and that such groups need to be investigated.

The good news is that there still is at least a limited amount of religious freedom in America.  It may soon be gone, but at least we are in better shape than most of the globe.

Almost 70 percent of the population of the world now lives in countries where religious activities are highly restricted.

The sad truth is that the entire planet is moving away from freedom of religion.

That is a right that we are supposed to be guaranteed under the U.S. Constitution, but it should be obvious to everyone that our right to religious freedom is rapidly dying.

If you are not religious, don’t think that you should not be fighting for religious freedom along with the rest of us.

United we stand, or divided we will fall.