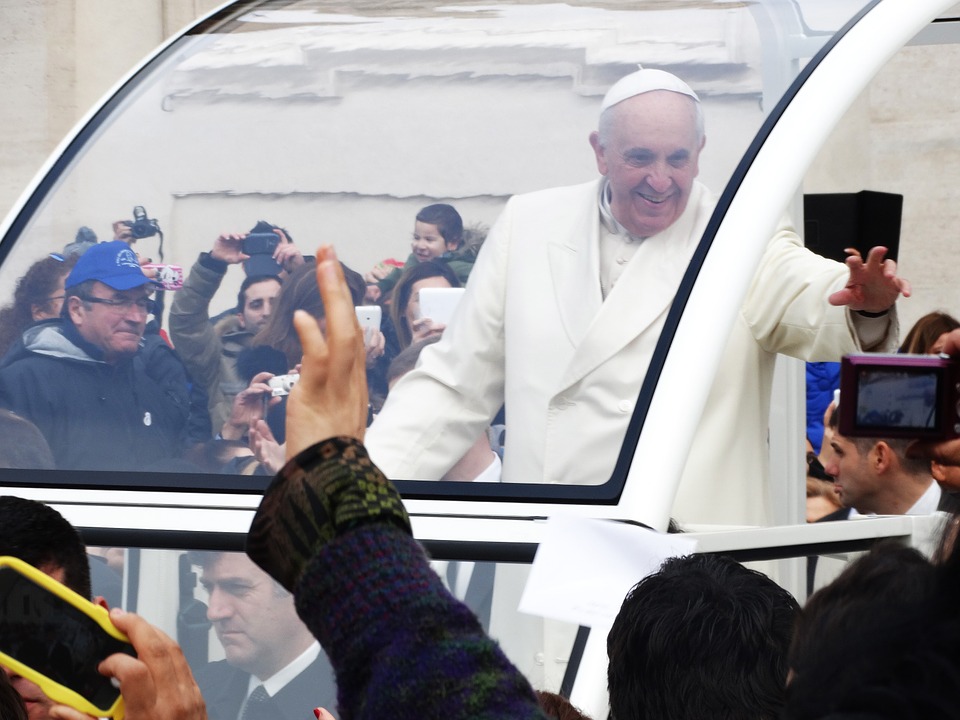 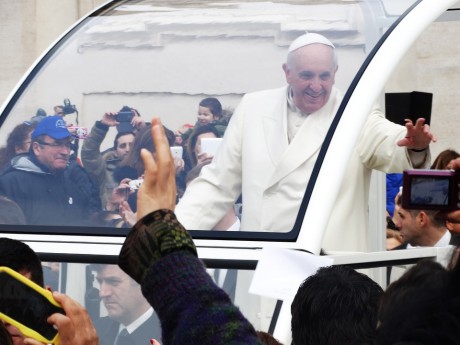 On Sunday, Pope Francis told hundreds of thousands of young people gathered for World Youth Day in Poland that they need to “believe in a new humanity” and that they should refuse “to see borders as barriers”.  Every two or three years, Catholics from all over the planet converge for one of these giant conferences, and as you will see below the Pope has not been shy about using historic occasions to promote his agenda.  Unfortunately, it has become exceedingly clear that his agenda includes moving humanity toward a one world religion and a new world order.  Of course Pope Francis is not going to use those exact phrases, but at this point it is very obvious what he is trying to do.  If you don’t believe me now, perhaps you will see things differently after you have viewed the evidence that I have compiled in the rest of this article.

“People may judge you to be dreamers, because you believe in a new humanity, one that rejects hatred between peoples, one that refuses to see borders as barriers and can cherish its own traditions without being self-centered or small-minded,” Francis told his flock.

By itself, this statement is not that dramatic.  But when you put it into the context of everything else Pope Francis has done and said over the past couple of years, a clear pattern begins to emerge…

May 2016: Pope Francis welcomed one of the top Sunni clerics in the world to the Vatican, and he reportedly told the cleric that “our meeting is the message“.  And mainstream news outlets all over the planet clearly understood what was being communicated.  For example, the Daily Mail article about this meeting was entitled “Pope embraces grand imam at historic Vatican meeting in a bid to bring the Catholic and Muslim churches together“.

January 2016: The Vatican releases an extremely disturbing video in which Pope Francis declared that all of the major world religions are “seeking God or meeting God in different ways” and that ultimately “we are all children of God”.  The video also featured leaders from various major religions, and they are shown declaring fidelity to their particular gods.  First, we see a female Buddhist cleric tell us “I have confidence in the Buddha“, and that is followed by a Jewish rabbi declaring “I believe in God“.  As the video goes on, a Catholic priest announces “I believe in Jesus Christ“, and last of all an Islamic leader boldly declares “I believe in God, Allah“.  If you have not seen the video yet, you can watch the entire thing right here.  After watching that video, nobody can deny that the Vatican is openly promoting a one world religion.

November 2015: Pope Francis declared that fundamentalism, even Christian fundamentalism, is a “sickness” during remarks in which he stressed the similarity of the major religions.

September 2015: Pope Francis traveled to New York City to deliver a speech that kicked off a conference during which the United Nations unveiled a “new universal agenda” for humanity.

September 2015: During a stop at St. Patrick’s Cathedral, Pope Francis stressed the unity between Christianity and Islam.  These words were directly spoken by him…

July 2015: During a trip to Ecuador, Pope Francis spoke of the need for “a new economic and ecological world order” in which the wealth of the planet is “shared by everyone”.

July 2015: Pope Francis denounced global capitalism and refers to its excesses as the “dung of the devil“.

June 2015: Pope Francis called for “a new global political authority” that would have the resources necessary “to deal with the world’s economic problems and injustices”.

October 2014: Pope Francis publicly embraced the theory of evolution by making statements such as these…

-“When we read about Creation in Genesis, we run the risk of imagining God was a magician, with a magic wand able to do everything. But that is not so.”

-“The Big Bang, which today we hold to be the origin of the world, does not contradict the intervention of the divine creator but, rather, requires it.”

-“Evolution in nature is not inconsistent with the notion of creation, because evolution requires the creation of beings that evolve.”

By fully embracing the theory of evolution, Pope Francis has aligned himself with the leftist social engineers that are seeking to merge humanity into a socialist new world order, and he has aligned himself against “fundamentalists” that believe that there is one true God that created the heavens and the earth.

June 2014: For the first time in the history of Catholicism, Pope Francis authorized “Islamic prayers and readings from the Quran” at the Vatican.  In ancient times, this would have been considered blasphemy, but today nobody really even notices when something like this happens.

During his very first ecumenical meeting as Pope, Francis made it very clear that he believes that Christians and Muslims both “worship the one God”…

Can you see the pattern?

An increasing number of “fundamentalist” Christians are concerned that Pope Francis is setting the stage for a one world religion and a new world order.  Merging all of the countries of the world into a giant superstate and merging all of the religions of the world into a single faith may sound like a good idea to many, but the truth is that it would just result in a level of tyranny that most people would not even dare to imagine.