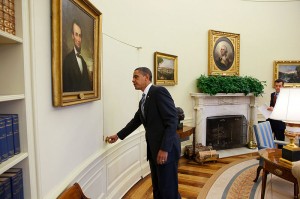 As you will see, there are a whole lot of reasons why there “protesters” should be very angry with Barack Obama.

But we all know that nearly all of them will show up to vote for Obama once again in 2012.

Just like so many “true conservatives” apologized for George W. Bush for all those years, now we are seeing those on the left apologize for Barack Obama.

It is truly sickening.

Posted below are 11 reasons why Occupy Wall Street protesters are hypocrites if they do not call for Barack Obama to resign immediately….

#1 Occupy Wall Street says that they are angry that the big Wall Street banks “have taken bailouts from taxpayers with impunity, and continue to give executives exorbitant bonuses.”

#2 Occupy Wall Street says that they are angry that the big Wall Street banks “have donated large sums of money to politicians, who are responsible for regulating them.”

Yet they ignore the fact that 3 of the top 7 donors to Obama’s campaign in 2008 were the very Wall Street banks that the Occupy Wall Street movement is protesting.

Once again, Barack Obama will be taking in huge amounts of money from the wealthy and from big Wall Street banks for his run in 2012.

So why aren’t they complaining about that?

#3 One of the big themes of the Occupy Wall Street protests is the fact that Wall Street has way too much influence and power over the federal government.

Wall Street’s takeover of the Obama administration is now complete. The mega-banks and their corporate allies control every economic policy position of consequence. Mr. Obama has moved rapidly since the November debacle to install business people where it counts most. Mr.William Daley from JP Morgan Chase as White House Chief of Staff. Mr. Gene Sperling from the Goldman Sachs payroll to be director of the National Economic Council. Eileen Rominger from Goldman Sachs named director of the SEC’s Investment Management division. Even the National Security Advisor, Thomas Donilon, was executive vice president for law and policy at the disgraced Fannie Mae after serving as a corporate lobbyist with O’Melveny & Roberts. The keystone of the business friendly team was put in place on Friday. General Electric Chairman and CEO Jeffrey Immelt will serve as chair of the president’s Council on Jobs and Competitiveness.

#4 Occupy Wall Street says that it is deeply concerned about the rampant corruption in our financial system.

The Federal Reserve is the very heart and soul of our financial system, and yet there has been very little real criticism of the Fed by Occupy Wall Street protesters.

If Occupy Wall Street truly wanted to do something about our financial system they would be calling for the Federal Reserve to be shut down.

But their hero, Barack Obama, actually nominated Ben Bernanke for a second term as Federal Reserve Chairman and Obama continues to support him 100 percent even after a horrible track record of failures that is legendary.

#5 Occupy Wall Street says that it is angry that big corporations “have consistently outsourced labor and used that outsourcing as leverage to cut workers’ healthcare and pay.”

This issue alone should be enough for Occupy Wall Street to call for Barack Obama to resign.

The Obama administration has been very aggressively trying to expand the “free trade” policies that are costing us millions of jobs.

In fact, members of the Obama administration run around and openly talk about how there are things that “we don’t want to make in America”.

For example, the following is what U.S. Trade Representative Ron Kirk recently told Tim Robertson of the Huffington Post about the Obama administration’s attitude toward keeping manufacturing jobs in America….

Let’s increase our competitiveness… the reality is about half of our imports, our trade deficit is because of how much oil [we import], so you take that out of the equation, you look at what percentage of it are things that frankly, we don’t want to make in America, you know, cheaper products, low-skill jobs that frankly college kids that are graduating from, you know, UC Cal and Hastings [don’t want], but what we do want is to capture those next generation jobs and build on our investments in our young people, our education infrastructure.

Unions should be screaming bloody murder about this.

But instead they are going to line up behind Barack Obama once again in 2012 like good little sheeple.

#6 Occupy Wall Street says that the big health insurance companies “have spent millions of dollars on legal teams that look for ways to get them out of contracts in regards to health insurance.”

#7 Occupy Wall Street says that they are angry because the big banks “have taken our houses through an illegal foreclosure process, despite not having the original mortgage.”

Occupy Wall Street is correct about this.

So where has Barack Obama been on this issue?  The reality is that the Obama administration has done very little about the horrific foreclosure abuses that have been going on.

#8 Occupy Wall Street is upset that “our privacy” has been sold “as a commodity.”

The national security apparatus that George W. Bush set up has been greatly expanded by Barack Obama.

The truth is that under the Obama administration the United States is becoming more like a totalitarian police state every single day.

Once again, this issue alone should be enough for Occupy Wall Street to demand that Barack Obama should resign.

For much more on how America is turning into a “Big Brother” police state under Obama, please see these articles….

*Big Brother 2.0: 10 New Ways That The Government Will Be Spying On You And Controlling Your Behavior

#9 Occupy Wall Street is angry that the United States has “perpetuated colonialism at home and abroad.”

Under Barack Obama, the U.S. military has been used as the “police of the world” even more than it was under George W. Bush.

Under Obama, the war in Afghanistan was greatly expanded and the U.S. military began bombing the living daylights out of Libya.  In addition, under Obama the U.S. military has been conducting air strikes in Pakistan, Yemen and Somalia.

So if “the left” was angry at George W. Bush for what he did, then why aren’t they filled with rage at Barack Obama for his policies?

#10 Occupy Wall Street is angry that the U.S. has “participated in the torture and murder of innocent civilians overseas.”

Well, Barack Obama did not shut down Guantanamo Bay as he promised to do.

So where is the accountability?

Under George W. Bush, millions of “evangelical Christians” were cheering for torture.

Today, millions of “liberals” are cheering while the Obama administration conducts “enhanced interrogations” of prisoners and performs “extraordinary renditions” in foreign countries.

If liberals want to complain about “torture and murder of innocent civilians overseas”, it isn’t the Republicans they should be angry at.

Barack Obama is running our foreign policy, and he should be held accountable for what is going on.

#11 Occupy Wall Street is angry because the wealthy are not paying their “fair share” of taxes.

Well, it is undeniable that many big corporations (such as Obama’s good friends over at GE) quite often get away with paying no taxes at all.

But Barack Obama and the Democrats controlled the White House and all of Congress for two whole years.

So why didn’t they “fix” the tax code while they had the chance?

Could it be that they actually like the current system?

The truth is that our current tax system is so flawed, so complex and so full of holes that it needs to be thrown out entirely.

In a previous article, I noted some of the big corporations that make a ton of money and yet have paid less than zero in taxes in recent years….

What U.S. corporations are able to get away with is absolutely amazing.

The following figures come directly out of a report by Citizens for Tax Justice.  These are combined figures for the tax years 2008, 2009 and 2010.

How is that possible?  Well, it turns out that instead of paying in taxes to the federal government, they were actually getting money back.

So for these corporations, their rate of taxation was actually below zero.

If you have not seen these before, you are going to have a hard time believing some of these statistics…..

The amazing thing is that GE can get away with all this and still ship thousands upon thousands of good American jobs out of the country.

But the Democrats and most Republicans seem to want to keep it around.  They like to play their little social engineering games with the tax code, and the current tax code enables their wealthy donors to do quite nicely.

Occupy Wall Street is right to argue that our tax code is fundamentally unjust, and the number one person that they need to point the finger at is Barack Obama.

So can any “liberal” out there actually defend Barack Obama after reading all of this?

Can anyone out there put forth an intellectual argument for why Occupy Wall Street protesters should be supporting Obama?

The truth is that most of the Occupy Wall Street protesters are intellectual hypocrites.

Most of them are so scared that a Republican might win in 2012 that they won’t say anything bad about Obama.

It is the same trap that many Republicans fell into with George W. Bush.

Look, George W. Bush was a nightmare for this country.

Barack Obama is even worse.

If we are not going to be intellectually honest with ourselves, then we might as well tattoo the word “sheeple” on to our foreheads.

If Occupy Wall Street really believes the stuff that they are saying, then they need to call for Barack Obama to resign.