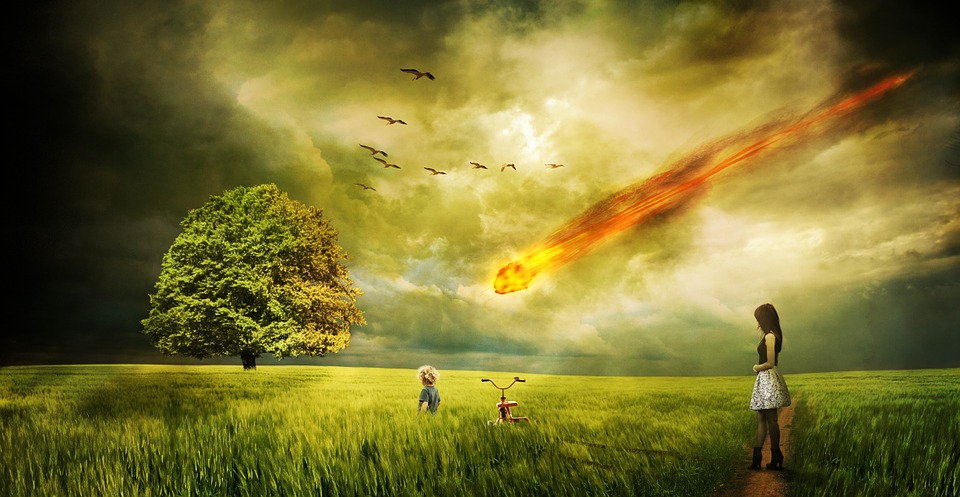 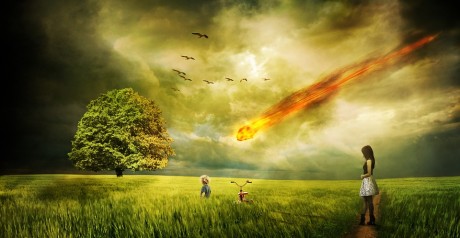 Did you know that a huge asteroid is scheduled to make a “close shave” with our planet on March 7th?  This asteroid is known as “2013 TX68”, and it is estimated to be anywhere from 80 to 170 feet in length.  Most news reports are saying that it is 100 feet long.  Scientists are telling us that they are not certain exactly how close this giant space rock will come, and that is rather unsettling.  They say that it could come within roughly 1/20th the distance from the Earth to the moon, or that it could pass by millions of miles away.  Because the orbit of this huge asteroid is unpredictable, they tell us that they don’t really know what will happen, but they insist that it will not hit us.  If it does pass us at 1/20th the distance from the Earth to the moon, that would be about half as far up as many of our communications satellites.  That would be incredibly close, and many are wondering what may happen if our scientists are just slightly off in their calculations.

This asteroid will be steamrolling along at 34,000 miles per hour, and it is quite alarming that our best scientists cannot tell us accurately exactly how close this asteroid will come.  The following comes from NBC News…

An asteroid traveling about 34,000 miles per hour is expected to whiz past Earth on March 7. Astronomers are confident the warehouse-sized space rock will not impact the planet, but at the same time are not sure exactly how close it will come.

“It could be as close as 20,000 miles or as far as 10 million miles, so it’s a pretty big window,” astronomer Gerald McKeegan said.

I would definitely agree with McKeegan.

That is quite a big window.

Hopefully the experts are correct and it poses no threat to us.  Because just imagine how much damage a 100 foot rock could do if it was dropped from space into a populated area at 34,000 miles an hour.  Here is an excerpt from a different news report about this incoming asteroid…

“It’s gonna be close. But it’s going to miss us. There is nothing to worry about,” said Gerald McKeegan, an astronomer at Chabot Space and Science Center in Oakland.

And of course the truth is that the Earth is being bombarded by objects from space all the time.  Approximately 40 tons of rock and dust hits our planet each day, and the vast majority of it burns up in our atmosphere.

But there are thousands upon thousands of larger objects that do present a significant threat to our civilization, and they are whizzing past us all the time.

In fact, a meteor that nobody saw coming crashed into the Atlantic Ocean back on February 6th.  The following comes from the Daily Mail…

A huge fireball crashed into the Atlantic earlier this month – and went almost unseen.

It released energy equivalent to 13,000 tons of TNT, which is the same as the energy used in the first atomic weapon that leveled Hiroshima in 1945.

This was the largest event of its type since the February 2013 fireball that exploded over Chelyabinsk, Russia, leaving more than 1,600 people injured.

And of course nobody saw the very large asteroid that exploded over Chelyabinsk, Russia in 2013.  That giant space rock exploded in the air, destroying hundreds of buildings and injuring about a thousand people.  It has been estimated that it exploded with the force of 500,000 tons of TNT.  In other words, it was many times more powerful than the atomic bomb that was dropped on Hiroshima.

In addition, there was another very significant asteroid that nobody saw coming in advance that barely missed our planet last March.  Here is more from the Daily Mail…

Last year, Brian Cox said we are at risk of being wiped out by asteroids – and we’re not taking the threat seriously.

‘There is an asteroid with our name on it and it will hit us,’ Professor Cox told DailyMail.com. In fact, the Earth had a ‘near-miss’ only a few months ago.

‘We didn’t see it,’ says the 46-year-old. ‘We saw it on the way out, but if it had just been a bit further over it would have probably wiped us out. These things happen.’

If 2013 TX68 were to hit us, it would do far, far more damage than the meteor that exploded over Chelyabinsk did.

But NASA is telling us that there is no reason to be concerned.  They promise us that “no large object is likely to strike the Earth any time in the next several hundred years“.  So they assure us that we can all just relax and quit wondering about the thousands of giant space rocks that are hurtling toward us.

Meanwhile, NASA has established a “Planetary Defense Coordination Office” that will be in charge of tracking giant space rocks and is working to develop a way to destroy incoming asteroids using nuclear weapons.

So why is NASA going to so much effort and spending so much tax money on these things if there is no threat?

Could it be possible that they know something that they aren’t telling us?

Or is it what they don’t know that scares them?

Without a doubt, I certainly hope that the scientists are correct and that an asteroid is not going to hit us on March 7th.

But scientists also tell us that it is inevitable that someday there will be a major impact.

When that time comes, will our scientists see the asteroid in advance?

And if they do, will they warn everyone, or will the government want to keep things quiet so not to create panic?