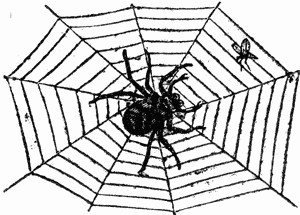 Do you ever feel trapped in an invisible control grid that is slowly but surely closing in all around you?  Do you ever feel like virtually everything that you do is being watched, tracked, monitored and recorded?  If so, unfortunately it is not just your imagination.  Our society is rapidly being transformed into a Big Brother prison grid by a government that is seemingly obsessed with knowing everything that we do.  They want a record of all of our phone calls, all of our Internet activity and all of our financial transactions.  They even want our DNA.  They put chips in our passports, they are starting to scan the eyes of our children in our schools, and they have declared our border areas to be “Constitution-free zones” where they can do just about anything to us that they want.  The Bill of Rights has already been eroded so badly that many would argue that it is already dead.  The assault against our most basic freedoms and liberties never seems to end.  The following are 10 ways that the iron grip of the Big Brother prison grid is tightening on all of our lives…

All over the United States automated license plate scanners are being installed.  Sometimes they are mounted on police vehicles, and other times they are put on stationary locations like bridges and road signs.  These automated license plate scanners are collecting a staggering amount of information about the travel patterns of millions of innocent American citizens every single day…

Police are recording and storing information on millions of license plates that aren’t related to suspected violation of the law or any known activity of interest to law enforcement, according to data collected by the American Civil Liberties Union through Freedom of Information requests in 38 states.

According to the Washington Post, automated license plate scanners recorded the locations of vehicle plates 85 million times in the state of Maryland in 2012.

And as more of these scanners get installed around the nation, the amount of information that the government collects about the movements of our vehicles will continue to increase.

#2 Government Workers Ordered To Spy On The “Lifestyles, Attitudes And Behaviors” Of Their Fellow Workers

Did you know that the Obama administration has ordered federal workers to spy on one another?…

Federal employees and contractors are asked to pay particular attention to the lifestyles, attitudes and behaviors – like financial troubles, odd working hours or unexplained travel – of co-workers as a way to predict whether they might do “harm to the United States.” Managers of special insider threat offices will have “regular, timely, and, if possible, electronic, access” to employees’ personnel, payroll, disciplinary and “personal contact” files, as well as records of their use of classified and unclassified computer networks, polygraph results, travel reports and financial disclosure forms.

If you do not spy on your fellow workers and something goes wrong, you could lose your job or potentially even be prosecuted yourself.

#3 Eye Scanners In Our Schools

According to CNN, iris scanners are already going into schools all over the country, and soon they will be used in banks, at airports and at ATM machines…

In the next year, industry insiders say the technology will be available all over– from banks to airports. That means instead of entering your pin number, you can gain access to an ATM in a blink. Used in an airport, the system will analyze your iris as you pass through security, identifying and welcoming you by name.

Will we soon live in a world where we no longer use passwords and instead use our eyeballs?…

“Imagine a world where you’re no longer reliant on user names and passwords,” Eyelock CMO Anthony Antolino told CNNMoney. “If we’re going through a turnstile and you have authorization to go beyond that, it’ll open the turnstile for you, if you embed it into a tablet or PC, it will unlock your phone or your tablet or it will log you into your email account.”

#4 Biometric Chips In Our Passports

Did you know that all U.S. passports contain biometric identity chips?  The following is from a recent CNSNews.com article…

According to the website, the Enhanced Border Security and Visa Entry Reform Act of 2002 required foreigners participating in the Visa Waiver Program–which permits entry into the United States without a VISA for a limited period of time–to have these integrated circuits or chips on their passport.

“As a security measure, Congress has legislated that all countries participating in the Visa Waiver Program with the United States must issue passports with integrated circuits (chips), to permit storage of at least a digital image of the passport photograph for use with face recognition technology,” the website states.

The website also says that since 2007 the State Department has been issuing U.S. passports bearing the chips. The department did this on its own authority, and not in response to any statutory mandate enacted by Congress.

#5 All Your Financial Transactions Tracked By The Government?

Most Americans have never even heard of the Consumer Financial Protection Bureau, but one U.S. Senator is warning that this agency wants to keep a record of all of your financial transactions…

The Consumer Financial Protection Bureau (CFPB) is looking to create a “Google Earth” of every financial transaction of every American, Sen. Mike Enzi (R-WY) warned today in a Senate speech opposing confirmation of Richard Cordray as CFPB director.

“This bill (creating the CFPB) was supposed to be about regulating Wall Street. Instead, it’s creating a Google Earth on every financial transaction. That’s right: the government will be able to see every detail of your finances. Your permission – not needed,” Sen. Enzi said.

#6 Complaining About The Tap Water Makes You A Terrorist?

Have you ever complained about the water?

Concerned about the high levels of arsenic in your water, or perhaps the known levels of radioactive contamination? Well you must be a terrorist, according to the Tennessee Department of Environment and Conservation (TDEC) and Homeland Security, who consider issuing such complaints to be classified under terrorist activity.

It all started when Tennessee residents in Maury County recorded an exchange with the deputy director from the state’s environmental entity TDEC, who issued a warning that complaining about low quality tap water could put you in Guantanamo.

The biggest database is in the United States — the FBI’s Combined DNA Index System, or CODIS, which holds information on more than 11 million people suspected of or convicted of crimes.

It is set to grow following a May Supreme Court ruling that upheld the right of police forces to take DNA swabs without a warrant from people who are arrested, not just those who are convicted. (Policies on DNA collection vary by state; more than half of the states and the federal government currently take DNA swabs after arrests.)

But of course authorities will never be satisfied until they have all of our DNA.  And we are definitely moving in that direction.  The following comes from my recent article entitled “The Coming National DNA Database“…

A national DNA database is coming.  Barack Obama has already said that he wants one.  A major Supreme Court decision last month paved the way for one.  The DNA of those that commit “serious crimes” is already being routinely collected all over the nation.  Some states (such as New Jersey) are now passing laws that will require DNA collection from those charged with committing “low level crimes”.  And a law that was passed under George W. Bush allows the federal government to screen the DNA of all newborn babies in the United States.  So how long will it be before we are all required to give DNA samples to the authorities?

#8 Copying Your Hard Drive At The Border

How would you feel if you went to cross the U.S. border and officials grabbed your computer and made a copy of the hard drive?

As incredible as that sounds, it is happening all the time.  As I wrote about recently, if they do take your computer, you might not get it back for an extended period of time…

Thanks to Edward Snowden, we now know much more about NSA snooping.  Sadly, the NSA seems to want to collect every piece of data about everyone in the world that they possibly can.

And right now the NSA is building a place to store all of that data.  It is being constructed out in Utah, and it will be the largest data center in the history of the world.  It is going to have approximately a million square feet of storage space, it is going to cost nearly 2 billion dollars to build, and it is going to take about 40 million dollars a year just to pay for the energy needed to run it.  For much more on this, please see my previous article entitled “21 Facts About NSA Snooping That Every American Should Know“.

#10 Obama Now Has The Power To Seize Control Of The Internet?

Is he trying to sneak things through that nobody will notice?

For example, it is being reported that Barack Obama has just signed an executive order that will allow him to seize control of the Internet during a national emergency…

Another late-Friday afternoon release from the White House — this one on how agencies should communicate with the public in emergencies — has Internet privacy advocates crying foul over a possible power grab.

The executive order — “Assignment of National Security and Emergency Preparedness Communications Functions” — was released last Friday in the late afternoon.

“Under the Executive Order the White House has … granted the Department [of Homeland Security] the authority to seize private facilities when necessary, effectively shutting down or limiting civilian communications,” wrote the Electronic Privacy Information Center in a blog post.

Are you alarmed by all of this?

Sadly, most Americans don’t even realize what is going on.  Most Americans are just working really hard to make it in this very difficult economic environment, and when they turn on their televisions the mainstream media doesn’t warn them that they are rapidly losing their freedoms and liberties.

Please share this article with as many people as you can.  We need people to get educated about what is happening.  What we are experiencing right now is kind of like “death by a thousand paper cuts”.  The Big Brother control grid is closing in on us in hundreds of different ways, but it is often happening so gradually that people don’t really feel it. 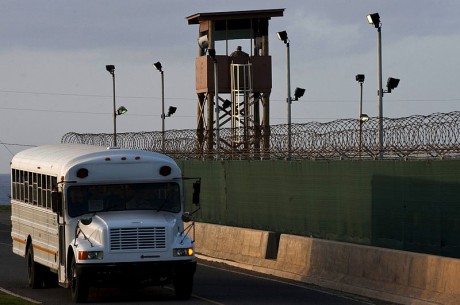