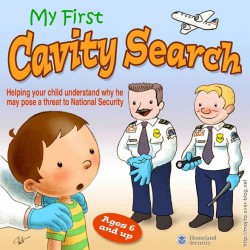 One of the things that has not been considered in the debate over the horrific new TSA security procedures is the economic impact that all of this is going to have.  The rest of the world is watching what is going on, and millions of people are going to decide that they simply do not want to go through the hassle of flying to the United States.  There are some cultures where allowing a strange person to touch your private areas is unthinkable.  In 2009, 54.9 million tourists visited the United States, and those tourists spent approximately 93 billion dollars.  That doesn’t even count all of the internal tourism in the United States which is far greater.  Tourism is the first, second or third biggest employer in 29 U.S. states.  So what happens if a significant chunk of tourists decide that they are simply not going to fly because of the new full body scanners and the new “enhanced pat-downs”?

In our obsession with “underwear bombers”, we could literally kill the goose that laid the golden egg.  The United States is still one of the favorite destinations in the world for tourists, and many areas of the country are highly dependent on tourist dollars.  So are we willing to take a hit to our economy that could reach into the tens of billions of dollars just so that we can all feel slightly safer from “underwear bombers”?

Even before these new security procedures were implemented a lot of tourists were already staying home or avoiding having to fly because of our ridiculous air security system.

So how damaging to our economy will all of these new security procedures be?

The truth is that the rest of the world is watching what we are doing.

They are watching as little boys are being strip-searched at U.S. airports.

They are hearing the reports that TSA officials are actually reaching up the skirts of female passengers and slamming their hands into their private areas.

Thanks to the Internet, they are reading all of the worst TSA horror stories.  For example, one 61-year-old retired special education teacher was left humiliated, crying and covered with his own urine after an “enhanced pat-down” went badly.

That doesn’t exactly scream “welcome to America” now does it?

The TSA is literally taking a sledgehammer to our tourism industry.  They are going to cost us tens of billions of travel dollars.  These are tourist dollars that our economy desperately needs.

But even more horrifying is what all of this says about how far America has fallen.  We are rapidly becoming a Big Brother police state where average citizens are routinely treated like dehumanized prison inmates.

It is a national disgrace and the rest of the world is watching all of this.  Barack Obama and many of our other top politicians continue to stand up and defend all of this abuse by TSA officials.  They are making us look like scum to the rest of the globe.

Unless the American people stand up right now and refuse to accept these ridiculous new security procedures the rest of the world will never look at us the same way again.