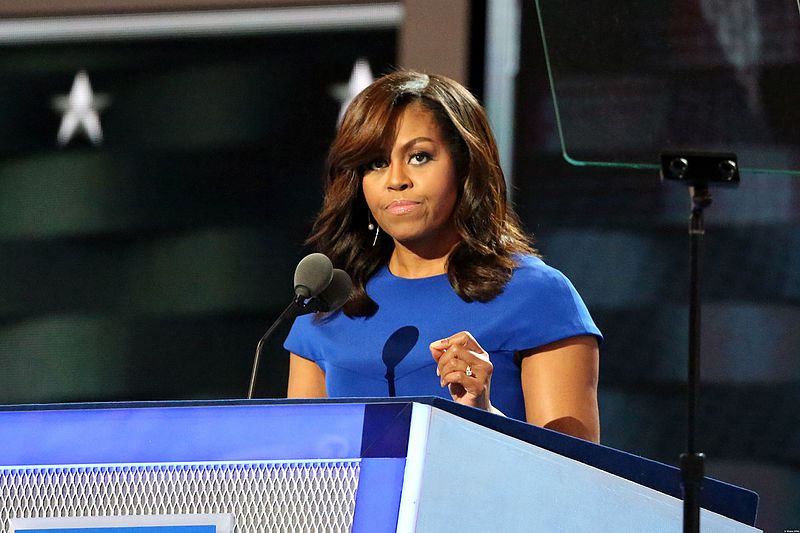 I realize that this headline must sound extremely bizarre, but in this article I will explain why this could actually happen. We have just learned that the FBI has obtained a search warrant that will enable the agency to examine approximately 650,000 emails that are sitting on electronic devices owned by Huma Abedin and her estranged husband Anthony Weiner. Now that the FBI is going through these emails, it is unlikely but still possible that a decision about whether or not to charge Hillary Clinton with a crime could be made by November 8th. Of course the most likely scenario is that Hillary Clinton will not be indicted before election day and that Americans will be voting with this scandal hanging ominously over the Clinton campaign. But if the FBI does quickly take action, it is possible that Hillary Clinton could be forced from the race before election day, and that would require the Democrats to come up with a new candidate.

In fact, there are already calls in the mainstream media for Clinton to willingly remove herself from the race. For example, the following comes from a Chicago Tribune article entitled “Democrats should ask Clinton to step aside“…

So what should the Democrats do now?

If ruling Democrats hold themselves to the high moral standards they impose on the people they govern, they would follow a simple process:

They would demand that Mrs. Clinton step down, immediately, and let her vice presidential nominee, Sen. Tim Kaine of Virginia, stand in her place.

Democrats should say, honestly, that with a new criminal investigation going on into events around her home-brew email server from the time she was secretary of state, having Clinton anywhere near the White House is just not a good idea.

But what the author of that article does not understand is that Tim Kaine would not automatically take her place if Clinton steps down before the election. In a previous article, I included a quote from a U.S. News & World Report article that explained what would happen if Hillary Clinton was removed from the Democratic ticket for some reason prior to November 8th…

If Clinton were to fall off the ticket, Democratic National Committee members would gather to vote on a replacement. DNC members acted as superdelegates during this year’s primary and overwhelmingly backed Clinton over boat-rocking socialist Sen. Bernie Sanders of Vermont.

DNC spokesman Mark Paustenbach says there currently are 445 committee members – a number that changes over time and is guided by the group’s bylaws, which give membership to specific officeholders and party leaders and hold 200 spots for selection by states, along with an optional 75 slots DNC members can choose to fill.

But the party rules for replacing a presidential nominee merely specify that a majority of members must be present at a special meeting called by the committee chairman. The meeting would follow procedures set by the DNC Rules and Bylaws Committee and proxy voting would not be allowed.

So if this email scandal forced Hillary Clinton to exit the race at the last minute, a majority of the members of the Democratic National Committee would gather to select a new nominee.

Who would they choose?

Let’s take a look at the top five options…

He would seem to be an obvious choice since he is Hillary Clinton’s running mate. But to win a national campaign you need to have name recognition, and most Americans outside of the state of Virginia have very little familiarity with him.

And at this point he has proven to have very little popularity on the campaign trail. In fact, attendance at many of his rallies in key swing states can be measured in the dozens.

So to me it seems unlikely that the DNC would select Kaine as the replacement nominee.

Vice-President Joe Biden has far more name recognition than Tim Kaine does, and in recent days he has been touting how he believes that he would have actually won the nomination if he would have decided to run…

Vice President Joe Biden said in a recent interview that he believed he could have beat former secretary of state Hillary Clinton for the Democratic presidential nomination had he pursued it.

Biden was asked in an interview with CNN Saturday if news that the FBI was re-opening their criminal probe into Clinton’s use of a private email server while secretary of state made him second-guess his decision last year not to run.

But according to the vice president, the short answer is “no.” The only thing that kept him from running, Biden said, was the recent death of his son, Beau.

Unfortunately for Biden, he suffers from many of the same things that Kaine does.

Biden is boring, he is not very good on the campaign trail, and he doesn’t have the sort of charisma that would motivate people to go to the polls in large numbers.

Biden would probably represent the “safest” choice for the Democrats, but he might not be a winning choice.

Bernie Sanders would seem to be a logical choice since he was the runner-up to Hillary Clinton, but the truth is that there are a lot of things working against Bernie Sanders.

First of all, he does not have any real loyalty to the Democrats. He has previously operated as an independent, and he expressed a desire to return to independent status once the campaign was over.

Secondly, the Democratic establishment very much dislikes him, and that plays a huge role in decisions such as this.

Thirdly, Democratic insiders fear that he would be “another McGovern” and would get absolutely wiped out in a general election.

So even though he is very popular with the radical left, it appears that Sanders would be the least likely choice on this list.

Elizabeth Warren would be very popular with the “Bernie Sanders” wing of the party, and she would enable the party to replace Hillary Clinton with another woman.

So she is definitely a possibility.

But she does lack name recognition, and just like Sanders there would be concern that the Republicans would frame her candidacy as “another McGovern” because of her far left policies.

One recent survey found that 67 percent of all Democrats would rather have a third term for Obama than a first term for Hillary Clinton.

And these days Barack Obama’s approval rating is running anywhere from +9 to +11.

So the thought of another Obama in the White House is not as far-fetched as you might think.

Michelle Obama has better name recognition than anyone else on this list, and she is generally very well-liked by the American people. And she has received a tremendous amount of praise for her work on the campaign trail recently. For instance, her recent speech in New Hampshire was lauded as “the most influential speech of the 2016 campaign” in a recent MSN article entitled “In this campaign, Michelle Obama became more than just another political voice“…

The speech, amplified by timing and met with an enthusiastic response, cemented Obama’s place as a star of the presidential race and put a defining stroke not just on how women view Trump, but also on herself as a voice of moral authority. Three months before leaving the White House, she already is among the ranks of public figures who transcend politics and title.

“When you rise to a level like that, you see how much weight your words carry,” said Anita McBride, former chief of staff to Laura Bush and executive in residence at the School of Public Affairs at American University. “We know she didn’t like politics. But she was impassioned by the language that was used, and she feels compelled to speak out. People listen to her.”

If I were the Democrats, Michelle Obama is the one that I would select if a replacement nominee was needed, because she would give them the very best chance of winning against Donald Trump.

Of course the Obamas are just as radical as Bernie Sanders and Elizabeth Warren, but the American people have become quite comfortable with them at this point.

And I certainly hope that Michelle Obama does not become the nominee if Hillary Clinton has to step aside, because Donald Trump would have an exceedingly difficult time defeating her.

In the final analysis, none of this is probably going to matter anyway because it is unlikely that the FBI will move quickly enough to force Hillary Clinton out before election day, but there is still a small chance that it could actually happen.

And if it does happen, it is going to turn politics in America completely upside down.